Robbie Keane: You don’t know what you’ve got ‘til it’s gone 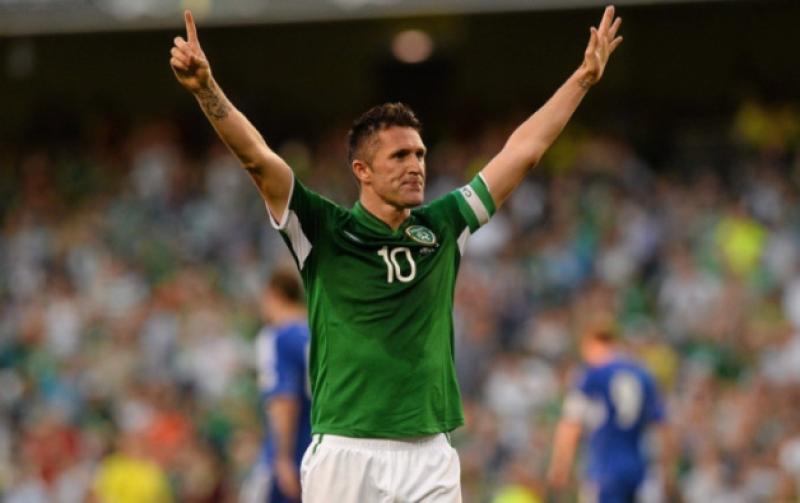 When the greatest ever Irish players are discussed, the names that generally crop up include the likes of Giles, Brady, Moran, McGrath and, most recently, Roy Keane. His namesake, Robbie, generally seems to be a sort of afterthought; odd considering just how vital the Tallaght man has been to his country over the last decade and a half, or so.

When the greatest ever Irish players are discussed, the names that generally crop up include the likes of Giles, Brady, Moran, McGrath and, most recently, Roy Keane. His namesake, Robbie, generally seems to be a sort of afterthought; odd considering just how vital the Tallaght man has been to his country over the last decade and a half, or so.

At 34, Keane is in the very twilight of his international career but even now, his goal tally continues to trundle onwards.

An 18th minute hat-trick against minnows Gibraltar meant the former Liverpool striker has now hit 65 goals in 136 appearances for the boys in green taking him to 14th on the all-time international goal scorer list and becoming the leading scorer in the history of European Championship qualifying.

Despite all this, somehow, just like his namesake, Keane still divides opinion.

And herein lays an inherent trait of Irish people to denigrate our own. For some, it remains incredulously impossible to appreciate the rare quality such a small island produces.

Not to mention that the actual criticism is completely unfounded. Of course any striker’s goals will generally come against weaker opposition but examine Keane’s record closely and a very decent portion of his tally has come in big games against big teams: Turkey, Czech Republic, Holland, Germany, Russia, Spain and Colombia to name just a few.

His club career has seen him travel extensively but he has consistently produced goals everywhere he has gone. With 226 goals for 10 different clubs over 16 years, Keane isn’t just a great goal scorer, he’s also a scorer of great goals.

His reverse flicked finish for Coventry versus Arsenal back in ’99 still lingers long in the memory as does that iconic, predatory last minute strike against Germany in the 2002 World Cup.

Now coming to the end of his career, with many, many miles on the clock – figuratively and literally – the former Spurs’ striker’s mobility isn’t what it once was and maybe this is where Keane draws fire. Martin O’Neill doesn’t have many forward options but in Shane Long, he does possess a player with energy and pace to burn.

The main problem, though, is that the Southampton striker’s finishing has generally been substandard when given opportunities. O’Neill has favoured a lone forward in the majority of games during his brief tenure and due to a combination of Keane’s seniority and goalscoring record coupled with Long’s impotency, the Derryman has tended to start the former despite not having the ability to run the channels and hold the ball up as well as the latter – something that has, rightly or wrongly, drawn criticism in many quarters.

Despite moving to the MLS to play for the LA Galaxy back in 2011, the Dubliner’s goal scoring has remained prodigious with 53 strikes coming in just 83 games and despite such long haul travelling between games, his enthusiasm towards playing for his country has never waned – especially refreshing in the days of Stephen Ireland, et al.

That Keane, even at 34 playing in an inferior league, can justifiably command a place in the starting line-up is a testament to just how good he is and a worrying consequence of just how dependent we have been on him for so long.

The Euro 2016 qualifying campaign will surely be his last in an Irish shirt but what a servant Robert David Keane has been. 136 games, 65 goals and counting – will we ever see his like again?