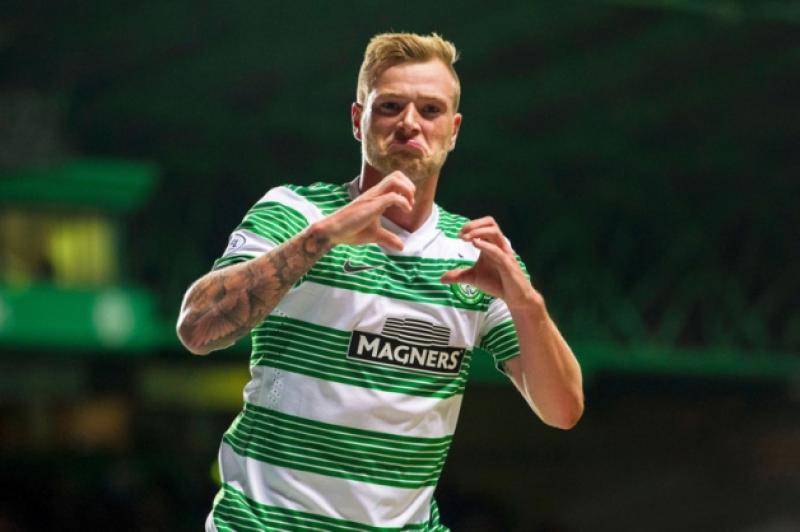 John Guidetti was once known as the next big thing at Manchester City. The Swedish youth product was spotted and signed by then City manager, Sven Goran Eriksson, at the tender age of 16.

John Guidetti was once known as the next big thing at Manchester City. The Swedish youth product was spotted and signed by then City manager, Sven Goran Eriksson, at the tender age of 16.

After a brief, impressive loan spell back in his homeland with Brommapojkarna, and another short stint at Burnley, new City’ manager Roberto Mancini sent him out to Dutch giants, Feyenoord, to give him a taste of a higher level of football.

Guidetti excelled at the De Kuip managing 20 goals in just 23 games including a famous hat-trick against bitter rivals Ajax in ‘De Klassieker’. It wasn’t just the goal tally he had accumulated whilst there, it was the broad variety he scored: left foot, right foot, headed goals, free-kicks and penalties – he could do it all.

At just 19 years of age, he had become one of the most sought after young players in European football as fans of others clubs spoke glowingly of him on their forums, hoping to nab him on loan.

Nearing the end of his time at the Rotterdam club, Guidetti was struck down with a mysterious illness: an infected nerve which left him with no feeling in his right leg. He returned to England that summer with a beaming reputation but still in recuperation following the injury.

Nevertheless, City had seen enough in his spell in the Netherlands to offer him a new three-year contract and bide their time while he recovered.

That process took much longer than expected, though, with the youngster undergoing knee surgery shortly after the virus symptoms had subsided.

It wouldn’t be until January of last year before Guidetti would get another chance to shine with Stoke City manager Mark Hughes taking a punt on the precocious talent on a six-month loan. Hopes were high that the Swede could recreate his form he shown at the De Kuip but he failed to even start a game at the Britannia, making just six substitute appearances, failing to score a single goal.

In the space of just three years, Guidetti’s star had fallen dramatically just as his contract at the Etihad was winding down. A promising career was quickly reaching its nadir.

One last loan move has seemingly reignited his path, though. New Celtic head coach, Ronny Delia, sought fit to bring him to Glasgow. In his short time at Parkhead, Guidetti has bagged nine goals in just eight games and quickly drawn comparison with another Swede, Henrik Larsson.

The Hoops legend will forever remained ingrained in the hearts and minds of the Celtic faithful for his time at the club. The man known as ‘King Henrik’ scored 242 goals in 315 games for Celtic and was recently voted into the club’s all-time XI.

There are odd parallels between the two countrymen: both have immigrant backgrounds with Larsson’s dad hailing from Cape Verde and Guidetti’s grandfather originally from Italy, whilst both carved out early reputations with one of Dutch football’s biggest clubs in Feyenoord before making their way to ‘paradise’.

Their footballing styles are very similar too – both possessing instinctive finishing ability with either foot, an innate ability to create for others and an eye for the spectacular.

Cynics will point out scoring lots of goals in Scotland proves little due to the standard of most of the teams and that is a fair point but only real quality score the exorbitant number of goals the young Swede is racking up so far.

Guidetti has the slight misfortune of playing for Celtic in an era of relative austerity compared to the Larsson years, though, and the lack of a major, bitter rival to the Glasgow giants means that his exploits there may not get him garner the attention his compatriot received during his green and white years.

However, if he continues this prodigious form at Parkhead, it won’t be long before his injury woes and an underwhelming short spell at Stoke are long forgotten.