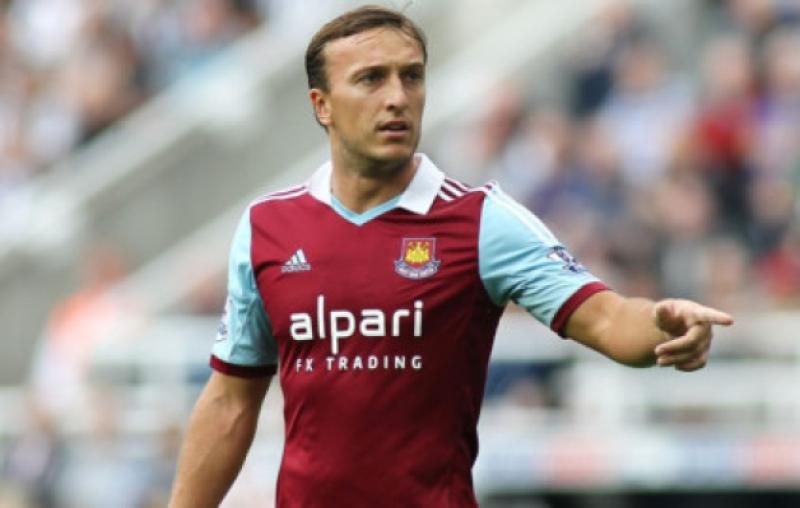 The phrase ‘beggars can’t be choosers’ has seldom seemed as apt as it has this last few days. Those four words can generally encompass a wide range of issues but none more pressing than West Ham midfielder Mark Noble’s eligibility for the Ireland squad.

The phrase ‘beggars can’t be choosers’ has seldom seemed as apt as it has this last few days. Those four words can generally encompass a wide range of issues but none more pressing than West Ham midfielder Mark Noble’s eligibility for the Ireland squad.

“My nan and granddad are full Irish.” – an ode not to a good fry-up but what Roy Keane once famously referred to regarding the future Irish diaspora.

“I’ve captained the England U21s but I’m still young. I tried to concentrate on the game yesterday and I was disappointed not to be called up for England,” added Noble.

Noble’s despondency regarding the lack of a call from Roy Hodgson, despite an England side in significant transition, was palpable.

“It’s the pinnacle of every English boy’s career to play for England,” he said. Would it feel strange to pull on the green shirt? “A little bit…but you never know. Football’s a strange game… hopefully I’ll make a decision in the next couple of weeks.”

From those few lines, it’s quite clear any love for the famous green shirt or his Irish ancestry was remote at best and brought an ugly old issue back to the fore.

Social media hopped mad with the news after a consensus forming that ‘we don’t need players like him’ and ‘we have good young players coming through, give them a chance’.

Let me be clear on both matters: we do need players like him and we really don’t have good young players coming through.

In fact, the dearth of young Irish players being developed is quite alarming. Of the recently announced U21 squad to face Germany there are only seven connected with Premier League clubs, the majority of which aren’t even close to being regulars.

Jack Grealish is the only one of those seven who is playing Premier League football. Aston Villa’s 18 year old wonder boy is the jewel in the battered, broken crown of Irish football at present and his allegiance to the green cause is being tested.

Even though the Birmingham-born youngster has represented the Republic throughout the various youth levels, the English FA have belatedly sought to change his mind. No longer will talented youngsters with Irish heritage slip through the net into our welcoming hands.

In addition to a more belligerent English FA, our youngsters are now failing to develop significantly across the pond. Where once scores of young Irishmen were being given regular Premier League game time after coming through various academies, clubs, in addition to their domestic talent, are now scouring and importing kids from Europe and honing them from the ages of 11 whereas the majority of Irish youngsters don’t leave these shores until they’re 15 or 16 – already years behind in technical development.

Shay Given’s re-inclusion for the games against Oman and the Euro qualifying opener against Georgia speak volumes about the options Martin O’Neill currently has at his disposal.

In central midfield, we have a choice of Glenn Whelan, a returned-to-fitness Darron Gibson and the Hull City duo of David Meyler and Stephen Quinn.

At 27, Noble has made 255 appearances for West Ham and scored 30 goals. A one-club man and captain of the side, the Londoner is quite obviously a leader and a good Premier League player. Turning our nose up at such quality stinks of misplaced Irish pride. After all it’s not like we haven’t succumbed to and prospered off the granny rule before.

Hark back over the generations and there are scores of talented English-born players who have excelled for Ireland and not just the obviously excellent players; think of Lee Carsley and Matt Holland: players many would have described as Premier League ‘journeymen’.

This all brings us back to the original issue of ‘beggars can’t be choosers’ and Mark Noble. Is he Roy Keane incarnate? No. Is he a good player? Yes. Will he improve an Ireland midfield shorn of proper Premier League quality? Undoubtedly.