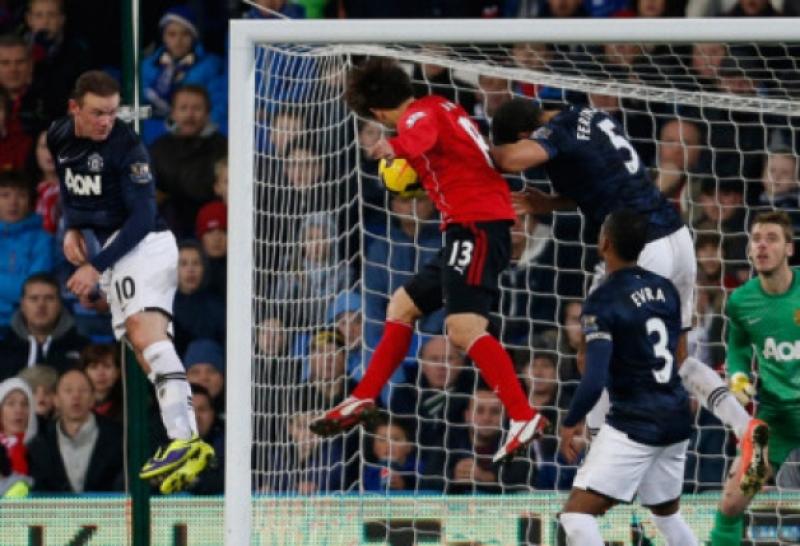 One of the biggest things in football, in sport in general, is mentality. You can have all the talent in the world but are you mentally tough, mentally driven to succeed; to keep on going right to the end?

One of the biggest things in football, in sport in general, is mentality. You can have all the talent in the world but are you mentally tough, mentally driven to succeed; to keep on going right to the end?

All the best teams in sport have it. If you watched the rugby international between Ireland and New Zealand last Sunday, you’ll have seen it in spades as the All Blacks trailed Brian O’Driscoll and co for the majority of the game only to pull off a dramatic, later-than-late win at the death.

It was something that encapsulated Sir Alex Ferguson’s Manchester United teams: the never-say-die attitude that drove his teams on to win games in the most unlikely of scenarios.

Having watched David Moyes’ side very closely this season, it’s the one thing they now seem to lack more than anything. We know they still contain a number of top quality players; after all they’re not league champions for nothing.

Many a Manchester United fan will tell you that some players aren’t good enough and that might be correct but if so, how can one explain Fergie’s ability to squeeze a championship out of them?

One could argue there was extenuating circumstances in so much as there was a distinct lack of a challenge from any of their rivals. That’s a valid argument but I feel the more significant factor is the differing mentality of the two managers.

Ferguson was a born winner; a ruthless, daring tactician who allied those attributes to being a fantastic motivator of players.

His United sides would go out to win games and win them well. If they took an early lead, it wasn’t a case of sitting on their laurels and seeing the game out. 1-0 would become 2-0. 2-0 became 3-0 as their goal difference skyrocketed.

On the rare occasions they’d find themselves behind in games, there’d be an all-out assault on the opposition’s goal. Defensive midfielders would be whipped off as forwards saturated the penalty box. It was the reason behind so many late victories, most famously so in the Champions League final of 1999.

Moyes is a tad more pragmatic than Fergie. Borne from being at a medium-size club in Everton for so long, his first job was to secure their safety every season and then build on that security in an attempt to finish as high as possible on a limited budget.

To his credit, he achieved that target nearly every season and did so playing some decent football. His major failing was his inability to beat the top clubs on a regular basis.

There always appeared to be a fear that permeated his Everton sides in these games; terrified of being beaten, his selections and tactics would be to contain rather than attack.

Now as Manchester United manager, this ethos seems to have carried over. On a number of occasions this season, he’s made some baffling tactical decisions. On Sunday afternoon, somewhat fortuitously 2-1 up against Cardiff, he decided to replace Javier Hernandez with Ryan Giggs.

Instead of going for a third and putting the game to bed, he chose to replace a forward with a midfielder and see out the game. Would you have seen Fergie do that in his prime? I don’t think so. And therein lays the difference between the two men. One was fearless; the other is full of it.

Having previously written about how Moyes needs to keep in mind the size of the club he’s managing when dealing with the press and media, he also needs to translate that into how he sets his team up before and during games. Manchester United sides don’t sit back and settle for one goal victories, they plough forward in search of more goals – always.

It’s a thorny issue right now as Moyes and his team look to take a step forward before taking two steps back with their inconsistent performances but it’ll continue to be so until he sheds this conservative, pragmatic outlook and fully embraces the Manchester United way.