A shot in the arm for women’s football or just a PR campaign? 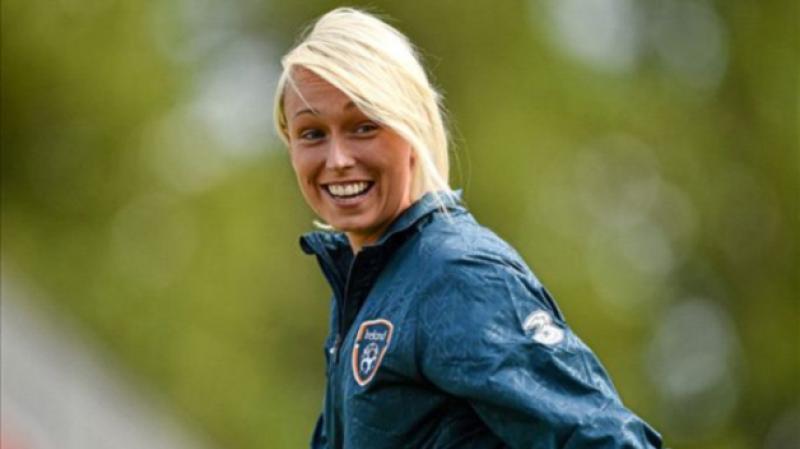 Reading a weekend column last weekend by the always-brilliant Vincent Hogan on Stephanie Roche’s Puskas-nominated, Goal of the Year contender, I couldn’t help but wonder about certain aspects of the whole event.

Reading a weekend column last weekend by the always-brilliant Vincent Hogan on Stephanie Roche’s Puskas-nominated, Goal of the Year contender, I couldn’t help but wonder about certain aspects of the whole event.

In his article, Hogan says this: “The gender issue is irrelevant. Anyone who has ever played football will understand just how remarkable Roche’s goal was, albeit it was scored in front of a relatively tiny live audience. Roche’s strike has since been seen by almost three million people on the internet, and the hope must be that many of those will be sufficiently impressed now to give her their vote.”

That whole passage in Hogan’s piece got me thinking and the only reasoned conclusion I came to was that the gender issue is absolutely relevant and for two different, opposing reasons.

Firstly, there are technically amazing, brilliant goals scored across the globe every weekend that pop up on numerous internet sites, strewn across your various social media timelines for you to salivate over. In that case, one would wonder why Roche’s goal – one scored on such a small stage – was chosen.

Is it because it was scored by a female and therefore a ‘novelty’ addition to the list? A token gesture by the FIFA panel to appease and placate gender equality campaigners and a condescending pat on the head for Roche? Maybe that’s a touch cynical but in a male-dominated sport with a hierarchy dripping in sexist behaviour, it’s an all too likely scenario.

If that is undeservingly sceptical, let’s be clear, the actual goal itself is utterly marvellous and absolutely deserving of its place on the list but therein lies the second issue. In reality, it’s so stupendously good that if it was scored by a man, especially one of the big names on the list, there’d be no question about who would win. I think you’d be naive to suggest otherwise, really.

When the shortlist was originally announced, the main attention was on the likes of Colombia’s James Rodriguez and the Netherlands’ Robin Van Persie’s spectacular efforts. Roche’s goal was barely paid attention to outside of Irish people who were just delighted to see someone from home nominated.

A concerted PR campaign by domestic media companies and various personalities has helped to push Roche’s goal into contention. In fact, the website hosting the voting for the award received the second most traffic from Ireland - topped only by Colombia.

When it comes to promoting and pushing our own in a global capacity, Irish people are in a league of their own. It’s highly arguable that without the massive home support for Roche, she’d not have made the final three for the Puskas award whereas the likes of James, Van Persie, Zlatan and Diego Costa’s goals would have all been chosen ahead of hers. Rightly or wrongly, that’s just the reality of the situation.

Stephanie Roche won’t care a jot, though, and understandably so. The coverage her goal has garnered has done women’s football a wonderful service and for herself, the plaudits continue to roll in. France international manager, Laurent Blanc, has raved about it whilst Arsenal legend, Ian Wright, personally phoned Roche to tell her it was one of the best goals he’s ever seen.

All that said, you would hope she wouldn’t need any sort of campaign to bag the award and that her goal would merit it alone – it is by far and away the best goal out of the three – but one wonders whether her effort would have been chosen without the help of an entire country behind her and whether this will help women’s football in the long term rather than the short term.