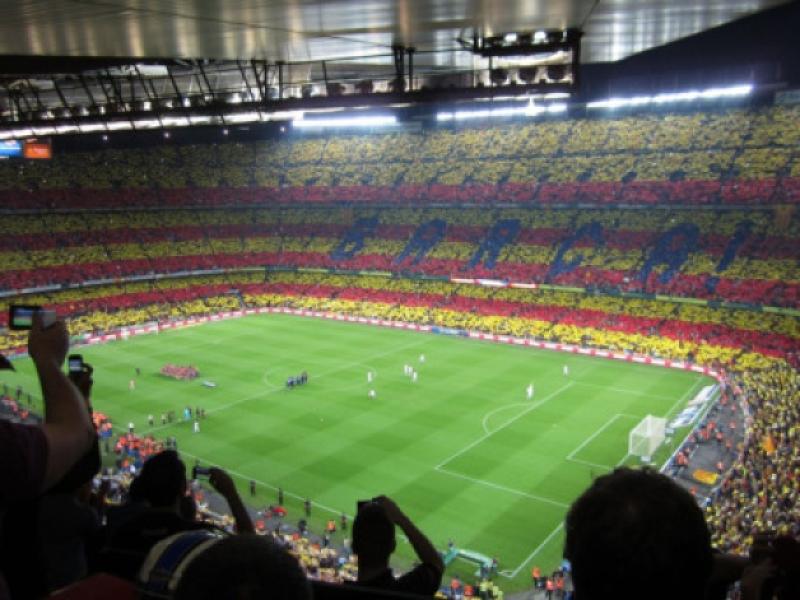 I was on a bus to Dublin a couple of weeks ago when I overheard a couple chatting behind me. The girl was complaining to her boyfriend about how she thought the football was over. The guy said: “No, the World Cup is over. The club season is starting now in a bit”. “And when does that finish?” she asked? “May,” he said.

I was on a bus to Dublin a couple of weeks ago when I overheard a couple chatting behind me. The girl was complaining to her boyfriend about how she thought the football was over. The guy said: “No, the World Cup is over. The club season is starting now in a bit”. “And when does that finish?” she asked? “May,” he said.

I couldn’t help but laugh to myself. I’d had this conversation before with my own girlfriend a couple of times before; I’m sure a lot of you have. It got me wondering about the bond between the game and the fanatic, and how it must affect us in our everyday lives.

It’s odd to think that two different sets of fans – say, Manchester United and Dundalk, for example – who have been handed such contrasting sets of emotion over the years, could both still love their clubs equally – but they do. A love for football is generally one of the few constants in a fan’s life and the love for your particular football club is absolutely unconditional; even when it’s not particularly fair. Why, though?

Football fans are the biggest drama queens you’ll find. We love it. We live for it. Author, David Winner once said: “It’s taken the place of other stories in our lives - politics, for example, used to define people’s lives in a way that it doesn’t anymore; religion has faded in many cases, especially here in Ireland. Football is the greatest drama we get involved in; we identify with the struggle - it’s absolutely compelling.”

That struggle sometimes becomes a Venn diagram of football and politics. The €18,000 fine Dundalk were handed by UEFA last week for the flying of Palestinian flags during the Hajduk Split game is as disproportionate as it is unjust.

There is a notion that football and politics is intrinsically linked and it’s hard to argue otherwise. You see it every weekend in football stadia across Europe. It can be the Basque-only policy of Athletic Club De Bilbao, or the Catalan flag flying over Camp Nou; the hundreds of tricolours that fly proudly in Celtic Park or the union jacks that adorn Ibrox.

Whether that is right or wrong is not for anyone to decide or make judgements upon – certainly not UEFA. What I love most about football is that it brings people together across religious divides, geographic divides, and political divides.

Our game can affect lives on a national and international scale, inspiring revolutions and causing wars as well as having the capability to create peace and lift entire nations.

In December 1914, during World War 1 – the most savage of conflicts – historians say that during the famous truce on Christmas Day, the English and German soldiers organised a football match before going back to killing each other a few hours later.

Just think about that poignant and momentous occasion for a second whilst trying to digest the fact that UEFA are attempting to cripple a small Irish club for the flying of an international flag with no illicit message on it.

The arrogance and flippant attitude with which they apply their rules should be far more alarming to the football community than a small provincial club in Ireland showing its support for an under-siege people thousands of miles across the world.