A love letter to Brazil after an enthralling opening 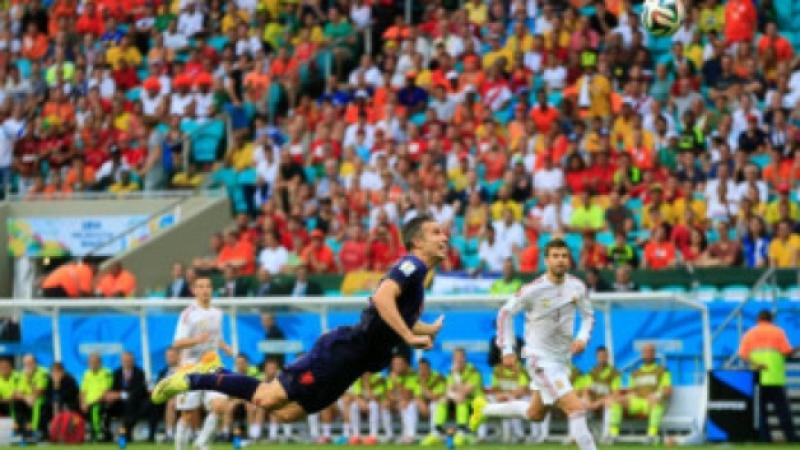 Eleven games gone; 37 goals scored – THIRTY SEVEN. The first round of group games haven’t even finished yet and, to quote a friend, I can categorically state that I, straight up, unconditionally love the bones of this World Cup.

Eleven games gone; 37 goals scored – THIRTY SEVEN. The first round of group games haven’t even finished yet and, to quote a friend, I can categorically state that I, straight up, unconditionally love the bones of this World Cup.

In fact, it’s becoming difficult to come up with different superlatives to describe it. It’s not even the goal-glut aspect, either. Most games have been incident-packed in some shape or form, too.

A recent report published stated that the goal average had been shrinking every time since USA ’94 – from 2.71 to just 2.21 in South Africa in 2010; it’s surged to 3.37 in Brazil. But why? What are the reasons for this helter-skelter start? It could quite possibly just be an anomaly but there are a handful of possible explanations for it.

Before the tournament, possible winners were discussed and the general consensus was varied, to say the least. There was upwards of seven or eight possible winners mooted – a nod to just how wide open this particular World Cup might be.

Unlike previous years, there is a lack of a stand-out side – a Brazil 2002 or a Spain 2010. There are a number of excellent teams, obviously, but not one you could say with absolute conviction that was better than everyone else.

Even the lesser sides – the ones there to just ‘make up the numbers’ - are of a decent standard. The relatively even feel to this tournament has somewhat extinguished the fear factor that might have pervaded previous competitions. For the most part, teams are going toe-to-toe with each other, producing end-to-end games.

It may be a statement lacking absolute evidence but, in my view, there also seems to be a slight revolution going on within the game right now: everyone wants to play attacking football. It’s the ‘in’ thing.

Back in 2008, Pep Guardiola’s Barcelona changed the way the world looked at football, inspiring a generation. You can see it happening all over Europe in the club game. The clamour from fans to see their teams play free-flowing, attractive football has swelled to a cacophony.

From Southampton on the south coast of England to the banks of the Mersey; from the Basque Country to Bergamo; from Dortmund to Dusseldorf - everyone wants a piece of the Pep pie.

This has seemingly seeped into the international game. For instance, Italy – a country renowned for its slightly dour, defensive brand of football – play a superb, attacking, possession-based style under Cesare Prandelli – a marked departure from previous eras.

Normally a battle of attrition between the pair, their game with England Saturday night produced an outstanding spectacle and you know something special is happening when, as a patriotic Irishman, I was willing an English equaliser and then a winner, too.

It would also be remiss of one to ignore the part the host country has played in this whirlwind start. The most storied footballing nation in the world; the birthplace of the beautiful game – it has lent its aura to this summer’s showpiece.

The atmosphere at each game so far has been absolutely awesome – particularly the opening game between Brazil and Croatia and Sunday evening’s face-off of Argentina and Bosnia – goose bump-inducing spectacles for different reasons. If you’ve ever watched Brazilian club football before, this is the norm, though – a crescendo of noise bellowing down from the stands, willing the participants from end-to-end.

The players seem to have bought into it – most vividly exemplified by Valon Behrami’s last-gasp, weary burst down the field to set up Switzerland’s 93rd minute winner against Ecuador Sunday afternoon.

It would be foolish to expect the goal fest to continue at its current rate but this tournament has already etched enough of a memory in me to proclaim this as my favourite World Cup to date.

Already sad at the prospect of it all ending – despite over 50 games still to play – I’d just like to take the opportunity to say: Brazil 2014, I love you.