German league is giving it back to the people 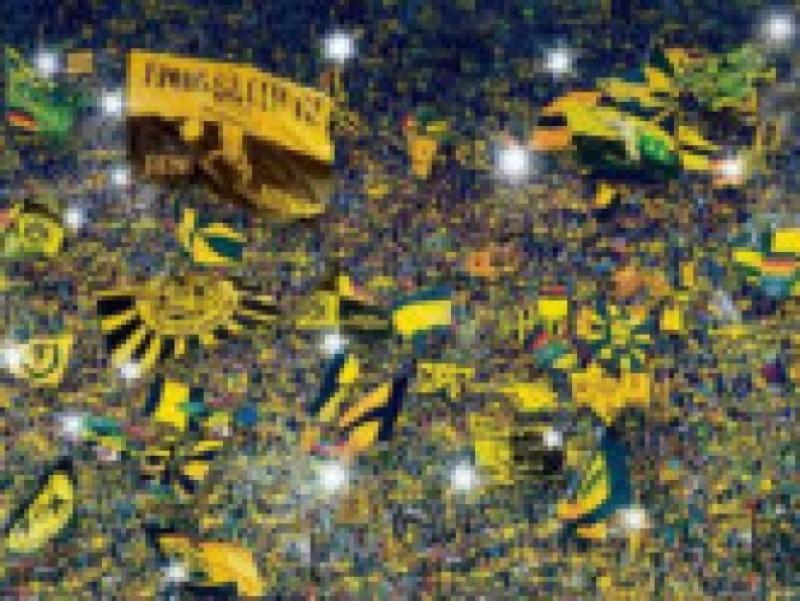 Having already planned a pre-Christmas trip to Berlin with the better half, I thought it’d be ridiculously rude not to go see a game while we were there - after all, if she was going to drag me round a shopping centre all day, I thought it only fair she keep me company for a couple of hours amongst some of football’s most rambunctious fans.

Having already planned a pre-Christmas trip to Berlin with the better half, I thought it’d be ridiculously rude not to go see a game while we were there - after all, if she was going to drag me round a shopping centre all day, I thought it only fair she keep me company for a couple of hours amongst some of football’s most rambunctious fans.

I’d been to English Premier League games, I’d taken in the sights at a Ligue 1 game in France and a Primera Liga game in Spain but I’d yet to sample the delights of German football and frankly, having heard the rave reports of Bundesliga games, I couldn’t wait to see what all the fuss was about and by Christ I wasn’t disappointed.

Luckily for me, Hertha Berlin were playing host to Werder Bremen the Friday evening we arrived so after a bit of a mid-afternoon schlafen and a few drinks we got on our way.

The thing that strikes you about the whole process is how simple and efficient it all is; although it being Germany, you’d expect nothing less, I guess.

We got the underground out to the Olympic Stadion for next to nothing as swathes of Hertha and Werder fans mingled on the tube without a hint of unrest.

As we jumped off and made out way to this enormous bowl of a stadium, we enquired as to where we could buy some tickets and got politely ushered over to the booths.

Now normally anywhere I’ve been before, tickets can generally be quite expensive and range anywhere from €40-€80 but we managed to get fairly decent seats right about the “Ultras” section for €23. You could have paid even less - €18, in fact – if you really wanted but make no mistake about it, that extra fiver showed her I meant business and she was no cheap date.

We decided to get a quick bite and a beverage beforehand but were informed we needed to buy a card for €2 and then load this card with money to buy food and drink with – much like a top up card, really. It may seem like a bit of an awkward proposition but it’s just another small example of how well run this country is and why its football clubs are in such a healthy state.

As kick-off approached, looking around at the near empty stadium, I wondered was this whole story about Bundesliga games and their atmospheres just another jumped-up fable; until I realised we were an hour ahead in Germany and kick-off wasn’t for another 60 minutes – off to get another drink, I said.

As we arrived back to our seats a few minutes before the game started, the stadium had come alive as thousands of gruff Germanic voices joined as one and belted out “HERTHA BSC” over and over as the stadium shuddered in the wake of their unified bouncathon. I’d be lying if I said the hairs on the back of my neck didn’t stand to attention.

And just to be clear – the chanting and flag waving didn’t just reach a crescendo at kick-off and then die away like in so many other leagues you see; it was incessant.

From the first minute to the last, the support from the stands was as ferocious as it was phenomenal.

If that’s all there was to the experience, I’d have been more than happy but the actual football just happened to be sublime as well, with both sides scoring twice in the first half and Hertha snatching the eventual winner five minutes into the second half to send the home support into raptures.

After the game, as we queued up to buy our tube tickets home, a Policewoman informed us that as we were at the game, our ticket included a free trip home and that she hoped we had a good time; for me, that sort of summed the whole experience up.

I’ve been a huge fan of German football for a number of years and it’s so easy to justify that admiration. Their clubs are co-owned by the fans and they’re geared towards providing those same fans with value for money.

Unlike other leagues, the Bundesliga is about giving back to the people who help make it what it is; not just sucking them dry.

It’s an astonishing product that beats anything I’ve experienced before and I most definitely will be back soon again; and she’s coming with me, apparently.