The Special One? Jose Mourinho is more like The Grumpy One 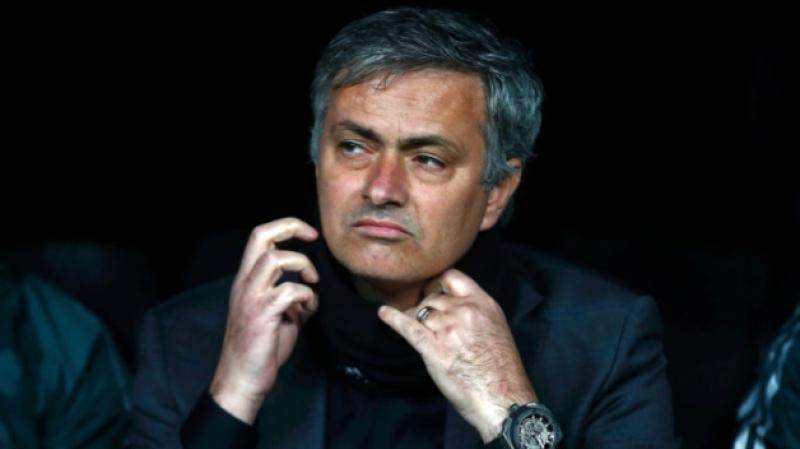 Getting back together with an ex is generally not the best of ideas. It never seems to be as magical as the first time round. Sure, there’s always that beautiful honeymoon period upon rekindling that old flame, when you go out for dinner every second night and make love twice a day. Until the old cracks start to reappear and you begin to remember vividly that there was a reason you split in the first place.

Getting back together with an ex is generally not the best of ideas. It never seems to be as magical as the first time round. Sure, there’s always that beautiful honeymoon period upon rekindling that old flame, when you go out for dinner every second night and make love twice a day. Until the old cracks start to reappear and you begin to remember vividly that there was a reason you split in the first place.

Back in 2003, the Portuguese tactician, much like a young Christina Aguilera, arrived at Stamford Bridge to massive fanfare. Having stormed European football with Porto, the former translator at Sporting Lisbon and Barcelona, was snapped up by Chelsea’s mega-rich owner Roman Abramovich and self-anointed as ‘The Special One’ in a now infamous press conference in which he, metaphorically, whipped his beautiful bosom out and wiggled it in the face of the world.

It was particularly hard to argue the merits of that boast as Mourinho had not only conquered the domestic scene in Portugal but also blazed a trail of glory through Europe, winning the now defunct UEFA Cup and the Champions League in successive seasons. The Premier League has just signed a managerial superstar and he knew it. This was the footballing equivalent of Jay-Z getting together with Beyonce and everyone loved it.

The fact that Chelsea started and finished that season under Mourinho playing a swashbuckling style of football that wowed the masses, winning the league for the first time in 50-years gave even more credence to the idea that this guy was indeed special. Having added a second Premier League title the following season, two league cups and an FA Cup, the only prize to elude Mourinho was the very one his boss craved so badly: the Champions League.

Having come agonising close in 2007, losing to Liverpool in a highly controversial semi-final, the cracks began to appear as relationships began to fracture amongst the players, the manager and the board.

In early 2008, after a disappointing start to the campaign, Mourinho’s reign in West London came to an abrupt end as Abramovich pulled the trigger. There hadn’t been a break up like this since Kerry Katona and Bryan McFadden; a family torn apart.

If Mourinho’s reputation had been temporarily dinted following his ignominious departure from Chelsea, it wasn’t long soaring again with a truly memorable spell at Italian giants Inter Milan, sweeping all before them in a glorious domestic and European treble. Like Will Smith and Jada Pinkett, Mourinho and his troupe were inseparable.

The Portuguese’ star had never been higher which is exactly why Florentino Perez and Real Madrid – like a tempting, titillating Tyra Banks came calling. Having fallen so far behind the all-conquering Barcelona side led by Pep Guardiola, Los Meringues’ president felt Mourinho was the man to break the monopoly and whilst temporarily doing so, in the end, I feel it was Real Madrid who ended up breaking Mourinho.

In a Britney Spears like meltdown, Mourinho all but shaved his head as the pressure of the circus that encircled him at Madrid finally told. After such a tumultuous spell in charge at the Santiago Bernabeu, Jose seems like a man constantly at war with the world. Gone is the fire and brimstone; the charisma and wit that encapsulated his early days.

Having returned to Chelsea in the summer, one might have felt reforging an old relationship, one that was so pure and fulfilling in its best days, might restore some of the old Mourinho magic but from the early signs, all that remains and is a sullen, cynical, snide individual and a team that plays in his image. The Justin Timberlake-Jessica Biel fairytale, this is not.

Chelsea’s start to this season has been worse than any of Mourinho’s previous in charge. With a squad packed full of world class talent, you’d at least expect some decent football but it’s been particularly poor to date; some sporadic displays of potential punctuating a dour, cynical set-up.

His manner in interviews have also left a lot to be desired with a number of disrespectful barbs aimed in the direction of Aston Villa and West Brom; teams who have made it particularly difficult for his side.

There’s still a long way to go yet and Mourinho may turn this around but as of yet, he’s been more the grumpy one than the special one. Chelsea and Jose may just be the footballing equivalent of Robert Pattinson and Kristen Stewart – love’s young dream doomed to failure.