Like a fine wine, Ciaran Clark has finally blossomed 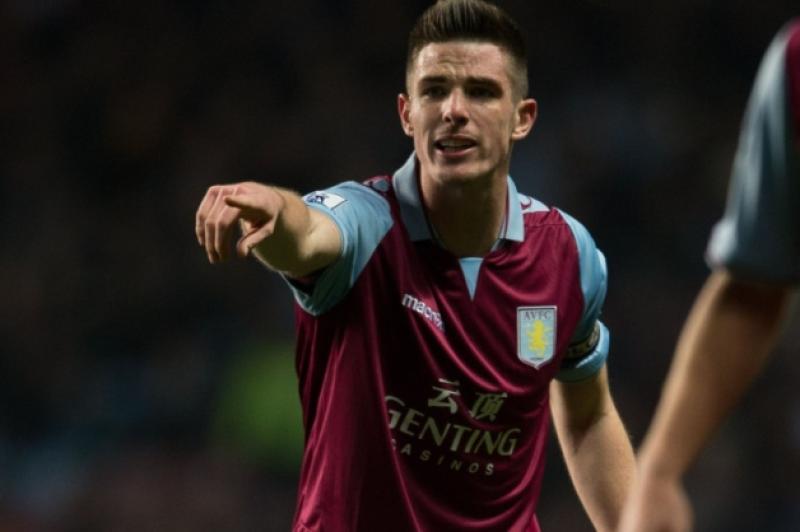 It’s hard to believe Ciaran Clark is 25. It honestly feels like he has been on the football scene for a lifetime. The London-born youngster made his Aston Villa debut at the age of just 19 under Martin O’Neill. Huge things were expected and he managed a clean sheet in his very first appearance in a 2-0 win against Fulham back in 2009.

It’s hard to believe Ciaran Clark is 25. It honestly feels like he has been on the football scene for a lifetime. The London-born youngster made his Aston Villa debut at the age of just 19 under Martin O’Neill. Huge things were expected and he managed a clean sheet in his very first appearance in a 2-0 win against Fulham back in 2009.

The young centre-half was hugely talented. A cultured, ball-playing defender, Clark was equally adept as a defensive midfielder and while he can also play at left full, he is not the quickest. Whatever he lacks in speed, though, he makes up for with an innate ability to read the play. Much like Paul McGrath, any lack of pace was made up for in speed of thought. One of his major flaws was being quite rash in the tackle – which bagged him numerous yellow cards and sloppy defensive mistakes as a result – but this was merely put down to youthful vigour.

He was one of the stars of Bryan Jones’s prodigious academy at Bodymoor Heath, captaining the successful Villa youth teams at all levels. He also skippered the England U18, U19 and U20 sides up until choosing to honour his parents lineage by switching to play for the Republic of Ireland. It was a huge coup for the FAI.

Fast forward seven years or so and things haven’t quite gone to plan. In fact, things looked quite desperate for Clark in the summer of 2014. Having failed to break into the senior Ireland side on a regular basis - despite the retirement of Richard Dunne - his club prospects also looked particularly bleak.

Aston Villa’s 2013/2014 season was quite horrific and, after conceding 61 goals in total, they just about stayed up by the skin of their teeth. Again.

Clark started 24 games, with a further four off the bench, and was rarely good enough. The fault wasn’t his entirely, obviously - the problems run much deeper at Villa Park – but his career at B6 looked to be coming to an end. With the previous summer’s signing, Jores Okore, returning to fitness and Paul Lambert moving quickly to sign the experienced Swiss international, Philippe Senderos, he was essentially relegated to fifth choice centre-half and looked on his way out.

Villa supporters were ambivalent, too, it seemed. Very few retained hope that Clark would fulfil his potential while, in truth, most wanted him moved on. ‘Not good enough’, the Holte End cried.

As so often in footballer’s careers, a stroke of fortune came along at just the right moment for Clark. November’s international break - in which he performed excellently for Ireland in their 4-1 win over the USA – saw Ron Vlaar and Senderos pick up injuries. With Nathan Baker already out injured, Clark and Jores Okore, the young Danish prospect, were the only fit central defenders available going into the Southampton game. Both performed magnificently, forming an immediate and natural bond.

In the following ten games or so, Clark – alongside Okore and intermittently Ron Vlaar – has continued to sparkle. Whilst results have been mixed - mostly due to a blunt attack – the defence has remained rock solid with Clark beginning to show the quality and consistency he once lacked.

The rashness – jumping foolishly into tackles – has been largely eradicated and his leadership qualities – along with that special ability to snuff out problems before they occur - are now coming to the fore, with Villa managing the fifth best defence in the league.

The Republic of Ireland’s next fixture is the home game with Poland in March and one wonders whether Martin O’Neill - Clark’s former mentor – is considering starting the Villa man ahead of one of John O’Shea or Marc Wilson in what is a pivotal game in the race for qualification for Euro 2016.

They say a central defender generally matures around the age of 25; physically, technically and mentally developing into their prime. Now at that age, Clark looks to have finally blossomed into that fine player everyone expected and it couldn’t have come at a better time for both Aston Villa and Ireland.