James Milner and Stephen Ireland: A tale of two transfers 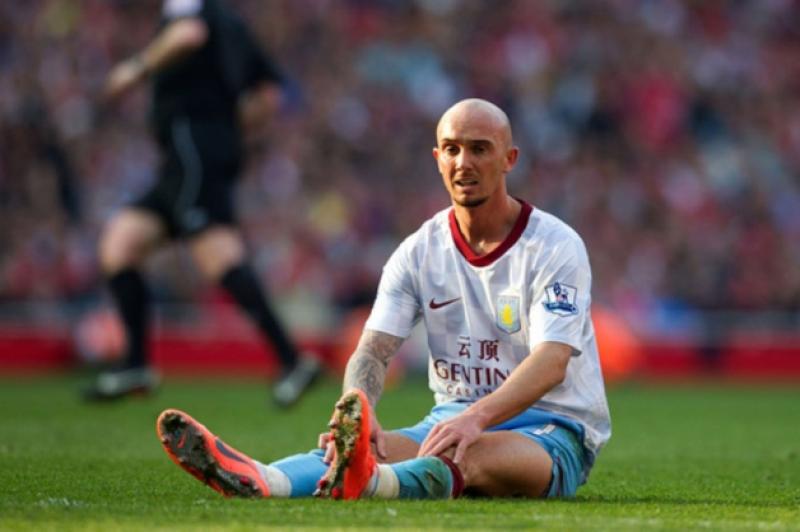 In August 2010, after protracted, aggravated negotiations, Stephen Ireland finally agreed to become part of the deal that took James Milner to Manchester City from Aston Villa in return for himself and £18 million.

In August 2010, after protracted, aggravated negotiations, Stephen Ireland finally agreed to become part of the deal that took James Milner to Manchester City from Aston Villa in return for himself and £18 million.

Villa boss at the time, Martin O’Neill, was said to have been bitterly disappointed at losing Milner to City but was enthused about Ireland joining and had reportedly earmarked the former Cobh Ramblers’ starlet for a creative role within his midfield at Villa Park; an arrangement that never got off the ground.

In the period since that transfer, the two players involved have gone onto lead two very different careers. Whilst Milner, albeit at a club with much loftier ambitions in Manchester City, has gone on to win two Premier League titles and an FA Cup, Ireland has become something of an enigmatic journeyman.

The Corkman, at that particular time, was still regarded as a player with huge promise. Having won the Man City Senior Player of the Year award back in 2008/2009 under Mark Hughes at the tender age of just 21, his career stalled under Roberto Mancini.

The Italian questioned Ireland’s attitude and felt a new start would be best. On his departure, Ireland fired parting shots, wholeheartedly disagreeing.

“I think that was really unfair”, he said. “I worked the hardest. You see the performance in training and I was practically always the best player. If he’s standing there watching that, I don’t know how he doesn’t see that.”

The writing was on the wall. Aston Villa would be a fresh start; a new dawn – except it has been Groundhog Day ever since.

Gerard Houllier took the reins at Villa Park and quickly fell out with Ireland over a similar impression Mancini had held: attitude and application.

“Skill is one thing but you need to compete. Stephen needs to work harder”, Houllier bemoaned.

Ireland, in familiar tones, disagreed. “I was the best player in training. It was my team that won in every session. One of the few times he played me, we drew 0-0 at Chelsea and I ended up man of the match. Apparently that didn’t matter to him.”

Alex McLeish was next in line for the throne at B6 and was arguably the only coach since Hughes to get Ireland somewhere near performing. Against the backdrop of a near-disastrous season, Ireland was voted the fans’ Player of the Year but, in truth, was merely the best of a bad bunch.

Paul Lambert quickly succeeded McLeish at Villa Park. “I am enjoying playing under him, absolutely. He is a really good guy and fair and honest” was how Ireland described the initial relationship.

It didn’t last long. In fact, things unravelled at a rate of knots with the former Man City midfielder quickly frozen out over a lack of application and, you guessed it, poor attitude.

On his departure to Stoke, he spoke of his delight at escaping his Villa nightmare; obtusely ignoring the fact that the majority of his managers at various clubs have questioned his attitude and completely lacking the self-awareness that the nightmare he has endured is mostly of his own volition.

Ireland talks a good game; he is quaint and polite and strikes all the right notes but when battle lines are drawn he’s usually AWOL, hiding behind any excuse he can find, blaming everyone and anyone for his own misfortunes.

Football is littered with promising careers but few have taken such an unassuming nosedive as quietly and efficiently as Stephen Ireland’s has.

Tom Brady, arguably the greatest ever NFL quarterback once said: “A lot of times I find that people who are blessed with the most talent don’t ever develop that attitude, and the ones who aren’t blessed in that way are the most competitive and have the biggest heart.”

Out of the pair, James Milner was arguably the less talented but had Ireland a fraction of the mentality and character the Leeds-born midfielder possesses, he could have gone on to have a commendable career.

Still 28, he may yet do but one wonders whether the former Man City man is endowed with such traits.