2014: A year of culmination and anarchy on the field 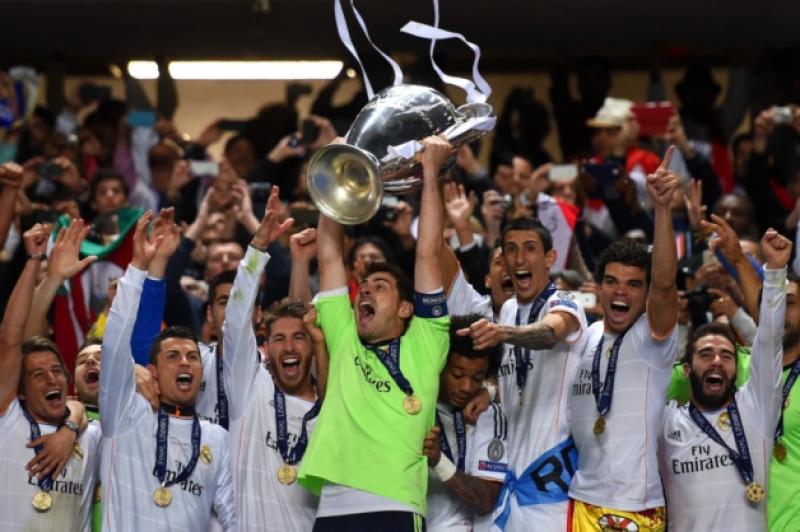 2014, eh, where do you start? It certainly was a strange old year for football; as exhilarating as it was exhausting. There was a real cyclical nature to how things have panned out in the last 12 months; a culmination of a chain of events that have been on-going for a number of years now.

2014, eh, where do you start? It certainly was a strange old year for football; as exhilarating as it was exhausting. There was a real cyclical nature to how things have panned out in the last 12 months; a culmination of a chain of events that have been on-going for a number of years now.

In England, the calendar year has been somewhat dominated by a see-saw of opposing fortunes at Liverpool and Manchester United.

From January to early May it looked like the Anfield club were on the cusp of a glorious new era, strongly challenging for their first league title in 24-years, producing the kind of football that had neutrals all over the world purring. To make it all the more sweeter for the Merseyside club their bitter arch rivals, Manchester United, stumbled and stuttered in the post-Fergie era under beleaguered boss, David Moyes.

The following six months have been like something from a Wes Craven horror film script for Brendan Rodgers’ side. The collapse, quite literally, of their title assault in the final weeks of last season set the tone for the rest of the year. The loss of Luis Suarez was like taking a knife to the belly of a beautiful animal, gutting it clean. The persistent injuries to Daniel Sturridge like adding salt on the wound. Their humbling Champions League exit at the hands of Basel has piled the pressure on Rodgers with their league form faring little better.

All the while, Manchester United have been correcting the mistakes made in the aftermath of Sir Alex Ferguson’s departure. With Louis Van Gaal now at the helm, the future suddenly seems a little rosier for one of the giants of the English game and any mickey-taking by Liverpool fans has been severely short-lived.

With those two squabbling over the scraps, more modern behemoths have surged ahead in the power struggle. Manchester City ended the season as champions with Chelsea picking up the baton this campaign, sprinting towards the finish line with the former tucked nicely in their slipstream. This year’s Premier League winners will most certainly come from that pair in what could possibly become a duopoly in the coming years.

Domestically, it was a fairytale season for the League of Ireland and particularly Dundalk FC. As alluded to before, there has been a sort of ‘culmination’ theme to a number of this year’s triumphs: Germany’s World Cup win and Real Madrid’s ‘La Decima’ both results of years of hard work and clever decision-making. Of course, it may not be comparable to those achievements but relatively speaking, Dundalk’s title triumph – and League Cup win to boot – was a shot in the arm for Irish football.

Rising from the ashes of near-bankruptcy back in 2012, the north eastern club achieved what they had threatened to do a year earlier, coming from nowhere to sweep all before them in swashbuckling style under Stephen Kenny.

With a number of excellent signings already made in preparation for a title defence and a crack at Champions League qualification, 2015 holds much promise for the Lilywhites. With the likes of Shamrock Rovers and St Patrick’s Athletic also procuring some savvy signings, the new campaign could be a cracker.

It may seem unfair to suggest so given it hasn’t even begun yet but it will be extremely difficult for 2015 to replicate the drama of the last 12 months or so. There was an anarchic vibe to 2014. The major powers of football were seriously challenged, the order shook up: Atletico Madrid winning La Liga and going so close to Champions League glory. Liverpool mounting their own rather surprising title charge in England.

By the years’ end, the order has somewhat been reset, though. Man City have won their second title in three years. Real Madrid have claimed their tenth European crown and look like repeating that trick in this season’s competition. Bayern dominated Germany whilst Juventus did likewise in Italy.

One can only hope the New Year brings new challenges and new powers. Stability is overrated.