With high profile departures and arrivals, the Premier League looks to be gearing up for its most intriguing season to date 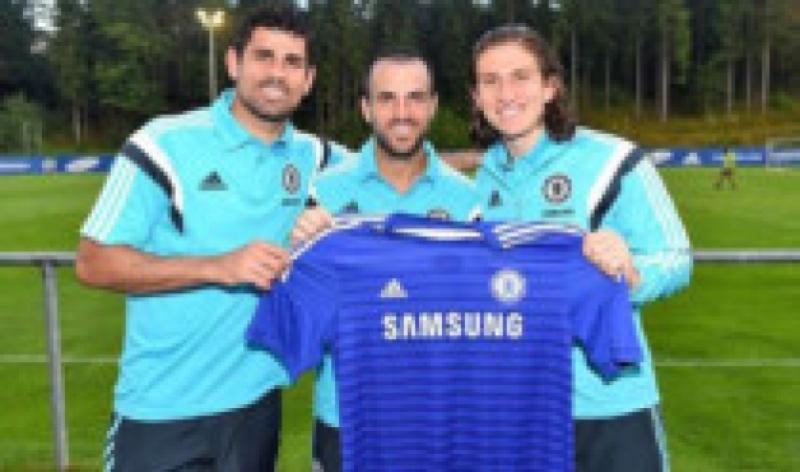 Excitement is reaching fever pitch in anticipation of an even greater campaign than the last. 2013/2014 started sluggishly but, by the final few weeks, had built to a cacophonic crescendo.

Liverpool’s revival just fell short at the final hurdle but had done so much to give us one of the most exciting seasons in Premier League history.

What can we expect of 2014/2015? A handful of changes could have a dramatic effect on the landscape. After a disastrous season, Manchester United decided to cut their losses and replace the battle-weary David Moyes with a renegade general in Louis Van Gaal. Pre-season is generally not a good barometer of future success but a perfect five-out-of-five on the club’s recent American tour has the Red Devils’ fan-base curling their toes.

Have they enough to cross the finish line first? I suspect not. At least not yet. A central defence - whether it be a two or a three - of Evans, Jones and Smalling wouldn’t fill me with optimism. The squad still lacks one, or even two, world class defenders and a midfield general.

The appointment of Van Gaal will, psychologically if nothing else, have the opposite effect of Moyes. A born winner and a fearsome personality, the Dutchman will instantly command the attention, admiration and respect of the squad. Squad-wise right now, they won’t win it but a top four place and a return to the Champions League is well within their grasp.

Their bitter rivals have had a less than perfect summer, though. Luis Suarez’s brief descent back into madness has arguably expedited his inevitable departure from Liverpool. His sale to Barcelona, whilst providing a remarkable return, has left a gaping hole in their squad.

Much like Sir Alex leaving Manchester United last year, I believe Liverpool will initially struggle in Suarez’s absence. His DNA was ingrained, like a giant paw print, on this squad and, whilst the Ulsterman has bought well in the off-season, it could take a while for Brendan Rodgers’ side to acclimatise.

The welcome distraction of a Champions League campaign will take its toll, too. A great challenge lies ahead of Liverpool this season but one I’m sure the club and its fans are relishing.

The winners of this summer’s transfer window have undoubtedly been Chelsea and Arsenal. A striker with a consistent stream of goals was all Chelsea lacked last season. The signing of Diego Costa and replacing of Frank Lampard with Cesc Fabregas have been veritable masterstrokes.

Many will, naturally enough, doubt Costa but the Brazilian-born Spaniard is the type of striker that can fit seamlessly into most sides due to his entrepreneurial-like style and predatory instincts. Fabregas will be a guaranteed source of goals – whether making them, or scoring them.

Arsene Wenger’s ballsy addition of Chilean superstar Alexis Sanchez was a statement of intent for the season ahead: Arsenal will seriously compete. The additions of Debuchy and Chambers have added quality to an already excellent defence whilst David Opsina’s arrival from Nice, after a stellar World Cup with Colombia, should add excellent competition to the goalkeeping department.

The Gunners’ biggest enemy, as ever, will be injuries. Season upon season, the North London club succumb to the treatment room as a likely-looking title bid crumbles away. If Wenger can somehow manage to keep his stars fit and healthy, Arsenal will compete right to the end.

Everton, and particularly Tottenham, will also provide serious competition to the top end of a table that is already packed with quality. Spurs’ appointment of Mauricio Pochettino should provide a clear and discernible playing style and with a squad brimming with talent, a top four spot is by no means out of the question.

Whilst most of the aforementioned teams have improved in some shape or form, they still have it all to do to catch Manchester City. Manuel Pellegrini’s side look in formidable shape. The signing of Porto’s Fernando will provide another force-field like layer of midfield protection while Stevan Jovetic’s pre-season performances have been prodigious, to say the least. Not to mention they’ve yet to make a significant splash in the transfer market - yet.

It all points to a battle of epic proportions – another season to savour.