Appointment will put plenty of bums on seats 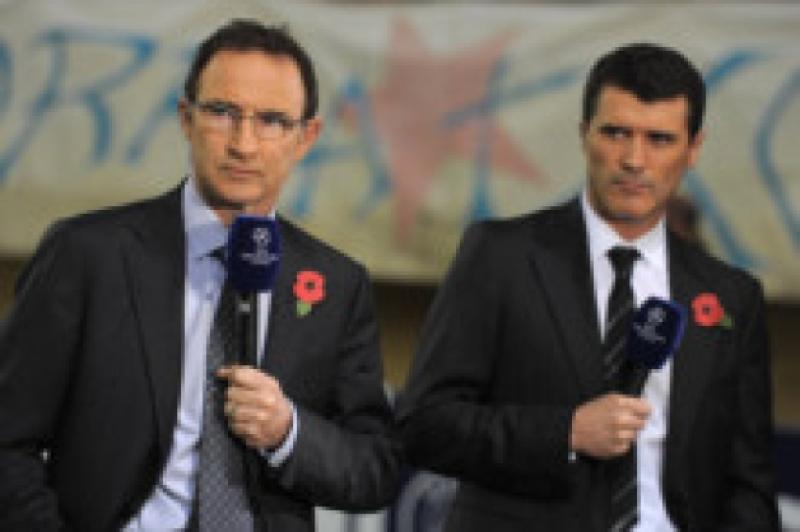 When the news broke early last week that Martin O’Neill was to become the new Ireland manager, no one was that surprised.

When the news broke early last week that Martin O’Neill was to become the new Ireland manager, no one was that surprised.

He had been the front-runner for the job from the moment Giovanni Trapattoni had jumped on a plane back to Italy. The story that followed was the real bombshell and it left a trail of astonishment in its wake.

Roy Keane - the only man since Michael Collins to split a nation in two - was to be O’Neill’s second in command. Upon hearing the news, I’ll admit it took at least a couple of hours to pick my jaw up off the floor and another couple of days to fully process it. This was stunning. This was box-office.

I’d had my doubts as to whether the FAI would make the right appointment in the search for a successor to the Italian and to be fair to John Delaney and his team, there wasn’t a huge pool of options to pick from.

Not only did they have certain restrictions in terms of who they could choose, they also had to consider the disillusioned fans and the need to get them back on-side and quick. The anointing of O’Neill and Keane is enough to salivate the driest of mouths.

That’s not to say this is a universally welcomed appointment amongst the Irish fans. There is still that anti-Keane brigade who continue to label him a traitorous dog. A good for nothing swine who turned his back on his country when it needed him most.

If you’re reading this and you’re thinking, ‘that’s me he’s talking about’, then you’ll find I’m not one that shares your view. Roy Keane was sent home. He did not walk. The most ambitious and competitively fierce of men, he was poked, prodded and cajoled into a cul-de-sac of which there was no return. One of the greatest midfielders of his generation reduced to a parody of himself and still, 11 years on, the great debate, as to whether Keane was pushed or jumped, rages on.

Whichever side of the fence you sit on regarding Keane, I think we can all agree that as big names go, Keane is still amongst the biggest. Whether you love him or loathe him, everyone will be intrigued to see how he performs alongside O’Neill. When the ultra-passionate pair thread that touchline for the first time against Latvia on November 15, you can guarantee Lansdowne Road will be packed to the rafters to see it.

And what of O’Neill? What can we expect from the enigmatic Derryman as manager of Ireland? His stint at Sunderland was cut brutally short after a disastrous spell in which his side hurdled unabatedly towards relegation. This new task may just be tailor-made for the former Celtic manager.

In my view, O’Neill is the perfect international manager. He’s not a coach as such. He rarely takes training sessions. As manager of an international side, he’ll not get many, anyway. He also won’t have a magic pot of transfer gold to get himself in or out of trouble as was so often the case at Aston Villa and Sunderland.

One of the main tasks he’ll face as manager of this squad is to get the very best from players of limited ability and in footballing circles, few are better at that than he. His man-management of players has always been his main strength. He gets players to surpass their natural levels. He makes them feel super-human. Make no mistake, upon hearing the news, the players will have felt like it was Christmas eve and Santa Claus was coming.

And if O’Neill is Santa Claus, Keane is the boogeyman hiding under their bed. “Bad cop and bad, bad cop” as the former Leicester manager put it. If O’Neill is the man to throw a comforting arm around the shoulder, Keane will be the man to put the boot in when needed.

Whether or not the pair turn out to be a success will be decided in time but in the here and now one thing is sure, the O’Neill/Keane combo will put badly needed bums on seats. I’d advise everyone to sit back, relax and enjoy the ride.