Chelsea &amp; Vitesse: Fatal attraction or an affair to remember? 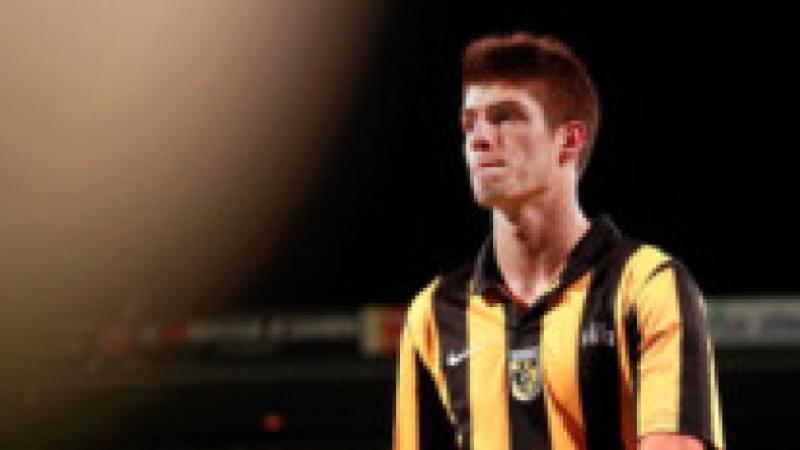 There are 541.1 kilometres between London and Arnhem. It takes approximately five hours and 52 minutes to drive there by car and little over and an hour and a half arriving by plane. They say long-distance relationships never work but, in Chelsea and Vitesse’s case, things are going swimmingly so far, but, are there illicit undertones to this affair?

There are 541.1 kilometres between London and Arnhem. It takes approximately five hours and 52 minutes to drive there by car and little over and an hour and a half arriving by plane. They say long-distance relationships never work but, in Chelsea and Vitesse’s case, things are going swimmingly so far, but, are there illicit undertones to this affair?

In 2010, Georgian entrepreneur, Merab Jordania – long term friend of Roman Abramovich – took over the Arnhem-based club and immediately sought an alliance of sorts with the west London club. In essence, the deal in place is that Chelsea farm out their developing young stars to the Eredivisie club and in return, Chelsea get first preference on any up-and-coming superstars that Vitesse may produce.

At first glance, you may ask: ‘Well what’s unique about that?’ and you’d be quite correct in that assertion. There are a number of these operations in place right across Europe. What makes Chelsea’s ‘crèche’ different is that whilst the majority of, if not all, feeder clubs play in lower leagues – Royal Antwerp, who have a long term partnership with Manchester United, play in the Belgian second division, for example – Vitesse are in the top tier of Dutch football – one of Europe’s major leagues.

With the help of Chelsea’s prime young cuts, they’ve risen from relative mediocrity to challenge for Champions League qualification in little under four years. Therein lies the problem: in Vitesse, Chelsea have a possible Champions League participant to polish their precocious jewels whilst Vitesse, relatively speaking, go from strength to strength off the back of another club’s talent.

Of course, what Chelsea and Vitesse have cultivated breaks no official rules but does something like this tread the lines in terms of unfair distribution of wealth? By Chelsea stockpiling these talented youngsters from around the globe and then loaning a number of them to one club, has that the same effect on the Eredivisie as, say, America’s use of foreign policy to control the Gulf States?

This season alone, Chelsea have loaned the Dutch club a total of seven players – most notably Lucas Piazon, Christian Atsu, Patrick Van Aanholt and Bertrand Traore. Piazon, in particular, has shone, with 11 goals and eight assists in 26 games and already looks like one of the league’s best players.

Christian Atsu was signed from Porto back in September but with an already formidable array of midfield talent at Jose Mourinho’s fingertips, Atsu was sent on loan to Vitesse where he has also impressed massively.

If Chelsea had no immediate plans to use him, would it not have made more sense to have loaned the young Ghanaian back to his former club Porto where he had already been making strides? With Mourinho having close ties with his former club, it’s feasible his development would still have been somewhat controlled by Chelsea.

And what of Chelsea’s benefit; is there any tangible success to the relationship? The signing of Mario Van Ginkel may bear fruit in time but, as of yet, none of the Vitesse loanees have returned to the club to become a staple member of the first team squad. Is this alliance nothing more than footballing favours between two friends?

Whether there are ethical boundaries being blurred in this partnership or not, there are much larger issues at hand. Football’s loan system, in this instance, is deeply flawed. In principle, sending young players out to gain valuable experience can only be a good thing for all concerned.

The problem in this case is that Vitesse are under no pressure to concentrate on producing their own. Whenever Chelsea sign the next wonder-kid, the powers-that-be in Vitesse will be licking their lips in the knowledge that they’ll more than likely be on the receiving end of that deal.

In Chelsea’s case, it shines a bad light on England’s U21 league in that they clearly feel it’s not the best place for their youngsters to develop; a damning indictment of the FA’s youth set-up.

Overall, much more must be done to make sure English clubs best young prospects are kept within the realms of their own club game.