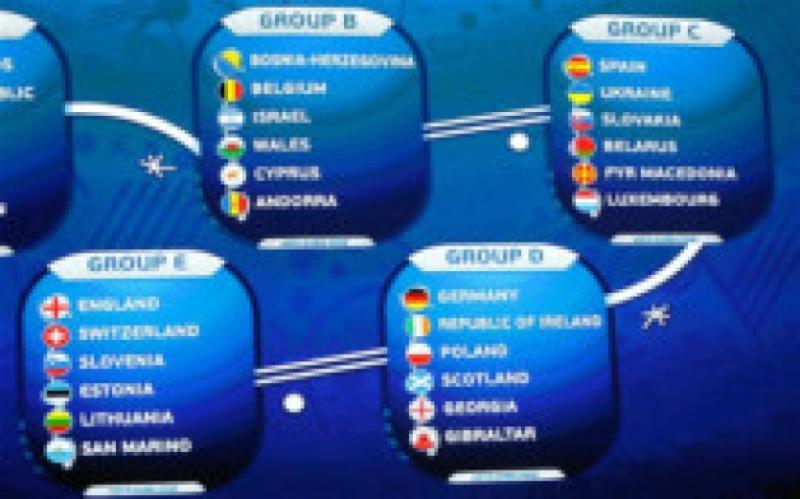 “This is a new year; a new beginning. And things will change.”

“This is a new year; a new beginning. And things will change.”

Who said that, I hear you ask? Well, it was Taylor Swift who immortalised those words and I, for one, am inclined to believe her; if only because the alternative is too painful to bear.

After a horrible last couple of years under the pragmatic Italian, Giovanni Trapattoni, energy and optimism was renewed and revitalised with the appointments of Martin O’Neill and Roy Keane and if Sunday morning’s draw for Euro 2016 is anything to go by, this Irish squad is going to need every ounce of that optimism for the games ahead.

With Turkey being beaten in the play-offs for this summer’s World Cup in Brazil, we somehow managed to bag a second seed spot for 2016 European Championships qualifiers. A recent change in format now sees an extended tournament of 24 teams so the top two sides in each group automatically go to the finals.

With that in mind, and the new managerial duo in place, expectations of an appearance in France were raised greatly.

Much like UEFA, the draw, for the most part, took place in backwards fashion as the top seeds were called out and then from sixth to second seeds in reverse order. As things slowly unfolded, it appeared that any one of a number of groups would have been perfectly adequate and given us a great chance of qualification and yet, just as we all got our hopes up, we get landed back in with Germany and all that pre-draw optimism quickly felt like it was built on a bed of quicksand.

And, not only the Germans, we also managed to bag a return trip to Poland, a Celtic reunion with Scotland, a trip east to Georgia and little ol’ Gibraltar bringing up the rear.

I don’t think it’s being too pessimistic to say that, realistically, we’re already fighting it out for that second automatic qualifying spot. Martin O’Neill might well be a renowned motivator but Gandalf he is not. This German side are of formidable quality and should be too good for everyone else in the group.

That’s where the perceived pessimism ends, though. As second seeds, yes, we could have bagged easier opponents and Poland and Scotland will be difficult to overcome but both are eminently beatable. The Poles have three or four excellent players, namely the Dortmund trio of Lukas Piszczek, Jakub Blaszczykowski and Robert Lewandowski but get past that and they’re distinctly average.

Scotland have definitely improved under former Celtic manager, Gordon Strachan, but, with the base of their squad playing in the Scottish Premier League or the English Championship, they just don’t contain the requisite quality to majorly trouble the better teams. As far as I’m concerned, they’ll be nothing more than a speed-bump in the quest for qualification; an irksome one at that, though.

The same should be said of the Georgians who, whilst not of the same quality of Poland or Scotland, will be your typically tough, former Soviet Union opponents; stubborn as mules, offering little or no favour of their own accord.

Gibraltar, taking part in their first ever qualifying process, should be little more than whipping boys for the other countries and with their games taking place in the Portuguese Algarve, the likes of Germany, Ireland, Poland and Scotland should view that particular away game as nothing more than warm weather training.

The qualifying process kicks off in Georgia on September 7 and between now and then, O’Neill and Keane have two, or possibly three friendlies to shape the squad and decide on various formations and tactics. As mentioned in a previous column, there is plenty of potential in this Ireland squad and with the right management, and the right tactics, I’m very optimistic about this side reaching the finals in France in 2016.