Villas Boas pays the price for loss with his job 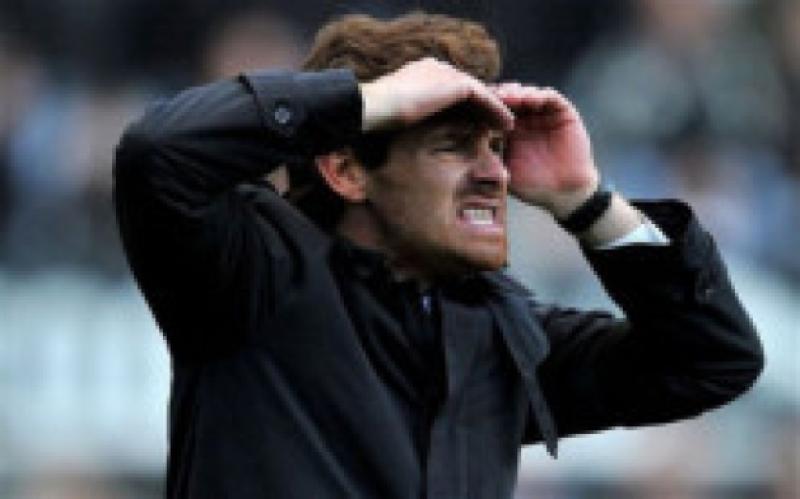 ‘Twas two weeks before Christmas, when all thro’ White Hart Lane, not a Spurs creature was stirring, not even a mouse; the Scousers hung their banners in the away end with care, in hopes that a Premiership title would soon would be theirs; that night they were nestled all snug and smug in their beds, while visions of Suarez thrashing Spurs danc’d in their heads.’

‘Twas two weeks before Christmas, when all thro’ White Hart Lane, not a Spurs creature was stirring, not even a mouse; the Scousers hung their banners in the away end with care, in hopes that a Premiership title would soon would be theirs; that night they were nestled all snug and smug in their beds, while visions of Suarez thrashing Spurs danc’d in their heads.’

As we enter the season of goodwill, there’s an unpleasant sight around town that deeply troubles me: the sight of giddy Liverpool fans. Personally, this is as welcome as a dose of the runs, but there’s nothing I can do, but just sit and hope it goes down the toilet for them.

Every August, I sneer when Liverpool supporters strut through town, feeling about seven foot tall, wearing their new jerseys – with a name and number on the back, of course – proclaiming that this is indeed “their year.” By Christmas, those same lads have normally shrunk with bitterness to mere shadows of their summer selves, and they spend the festive period harping on about conspiracies, mouthing about Man Utd, and talking about past glories.

Unfortunately – that has changed this season as somehow Brendan Rodgers has managed to shake off his cartoon image and has got Liverpool playing scintillating football.

Sometimes, the best signing you can make is retaining an elite talent that’s already in your squad. Standing up to want-away Luis Suarez in the summer has been Rodgers’ greatest triumph so far as Liverpool manager.

There was always the danger that Suarez could have become a cancer in the dressing room, eating away at the core of the team. Instead, he has used his attacking prowess and desire to play Champions League football to catapult Liverpool into a great position before the turn of the new year.

Offering plenty of bite and venom, the polarising Uruguayan has sank his teeth into several prey this season – in the right way – especially on Sunday when he destroyed Spurs.

Missing Daniel Sturridge and Steven Gerrard, Liverpool still managed to eviscerate a Spurs side that resembled a Sunday league team that spent Saturday night necking shots in Ridley’s late bar. Yes, Spurs were short Jan Vertonghen and Younès Kaboul, among others, but the high-line implemented by André Villas-Boas – just weeks after Manchester City desperately exposed their woeful defence – was a significant error by the Portuguese tactician.

By the end of the game, Daniel Levy, the Spurs chairman, could not hide his disgust as he surveyed the atrocity at White Hart Lane. Whereas Liverpool managed to keep their best player in the summer, Spurs didn’t and Levy handed AVB more than £100 million to spend.

AVB was like a contestant on Supermarket Sweep, cleaning the shelves, throwing everything in the trolley. Unfortunately, when he got home and examined his goods, the milk was sour, the eggs were gone off, and prime beef he bought had a funky tasting smell to it.

His summer splurge has resulted in just 15 league goals. Suarez himself has scored 17. That statistic alone is damning, never mind the fact that Spurs didn’t muster up a single effort on target during the 5-0 rout. In fact, the only time Spurs looked dangerous was when Paulinho delivered a Shawn Michaels superkick to Suarez, for which he was given his marching orders.

Yes, Spurs are just five points off a top four position – but after suffering their worst defeat at home since December 1997 – and coming so soon after City’s 6-0 demolition of them – it was safe to say that Levy had enough of AVB’s ill-advised tactics and dour demeanor.

It’s a sharp contrast to Rodgers, who looked like a caricature following the “Being: Liverpool” documentary that portrayed him as a touchy feely, preaching lunatic.

This year though, even hardened United fans can’t deny that he is assembling a good side that plays free flowing football – a side that is pushing for the title for the first time since 2009 when they finished second to United.

This Christmas, one can easily see Rodgers’ on-form Liverpool pick up more points, whereas AVB is definitely on the naughty list and even ended up finding a P45 in his festive sock, well before Christmas Day.