Return of exiled trio heralds a change in style 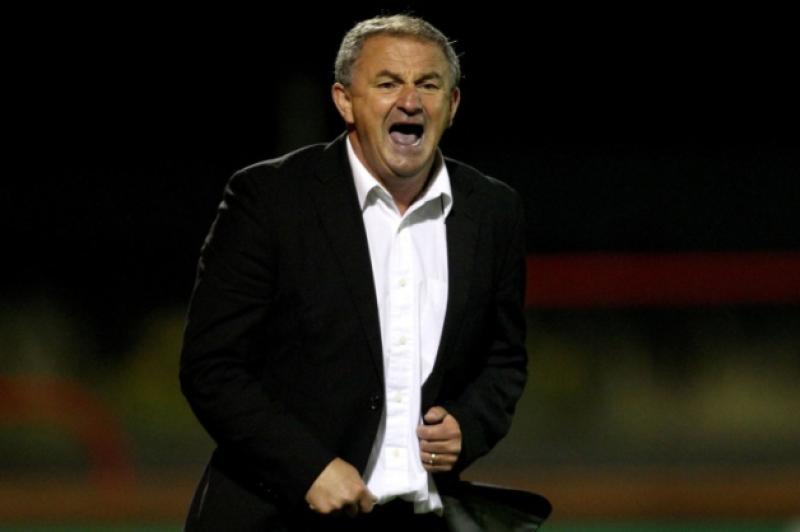 It’s amazing what a change of coach can do, isn’t it? Normally the ‘new manager syndrome’ is reserved for club football but in terms of its international form, it seems apt to apply it to the current Irish set-up.

It’s amazing what a change of coach can do, isn’t it? Normally the ‘new manager syndrome’ is reserved for club football but in terms of its international form, it seems apt to apply it to the current Irish set-up.

After that horrific Swedish humbling and the desolation that followed in Vienna, we all got what we wanted with the sacking of Giovanni Trapattoni; a dismissal that was 16 months in the making.

As of yet, the FAI have still to appoint a successor and are currently going through a rigorous search for the most suitable candidate to take this young Irish squad forward.

The man tasked with taking charge of the next two games, against Germany this Friday night and Kazakhstan the following Tuesday, is Noel King.

The former Ireland Ladies and current U21 coach has stepped into the breach in an interim position as the FAI trawl the UK and Europe with Denis O’Brien’s pot of gold at their fingertips.

On the surface, King’s first task as interim manager was to pick a squad for these next two internationals but you don’t have to dig too far below the surface to realise that the first real task he faced was to appease a fanbase that has long suffered under the weight of a stubborn, cynical, old Italian.

If I was dishing out stars for King’s copybook, he’d go home smiling from ear to ear.

The announcement of the initial squad was a breath of fresh air in a room full of staleness.

Andy Reid, currently in sparkling form for Nottingham Forest, was recalled after a five-year absence. Darron Gibson has also ended his international exile and rejoins the squad. The much maligned Stephen Ireland was watched closely by King in recent fixtures too and although informing King he was still building up his fitness at current club, Stoke, Ireland is known to want a return to the set-up; a prospect the interim manager is all too happy with.

The common denominator with these three players? They’re all skillful, technically gifted footballers and - in the case of Reid and Gibson - inexplicably ill-treated by Trapattoni. The return of the two former and the eventual return of the latter will add a touch of class so badly lacking under the Italian’s stewardship.

After Trapattoni’s sacking, I’d seen a number of comments about how it wasn’t his fault and the players just aren’t good enough. Simply put, I don’t agree.

Playing devil’s advocate, if they weren’t good enough, or ready enough, that’s surely the manager’s fault for not preparing them in a requisite time? In my view, the young players that now make up the bedrock of the team should have been embedded long before now; ideally straight after the disaster that was Euro 2012.

There’s no doubt in my mind that King, and his eventual successor, will have a foundation of young talent to build a competitive side upon for years to come.

When you add elder statesmen like Richard Dunne, John O’Shea, Robbie Keane, Wes Hoolahan, Andy Reid and Stephen Ireland to that bunch then you can quickly see that you have a squad full of decent footballers that, if guided by the right man, could be quite a good international side.

It’s also vital to add that there are a number of young prospects in the youth set up who could go on to be big players on the main stage over the next two or three years.

Aston Villa have arguably the best youth-set up in the UK - underlined by their European Youth Cup winning squad - and three of their major prospects - Jack Grealish, Samir Carruthers and Graham Burke - are all Irish and in the current U21 set up.

In terms of the here and now, whilst King knows he has little or no chance of getting the job on a permanent basis, he’s certainly injected fresh impetus into a flailing squad of players that so badly need new blood - even if it’s of the old variety.