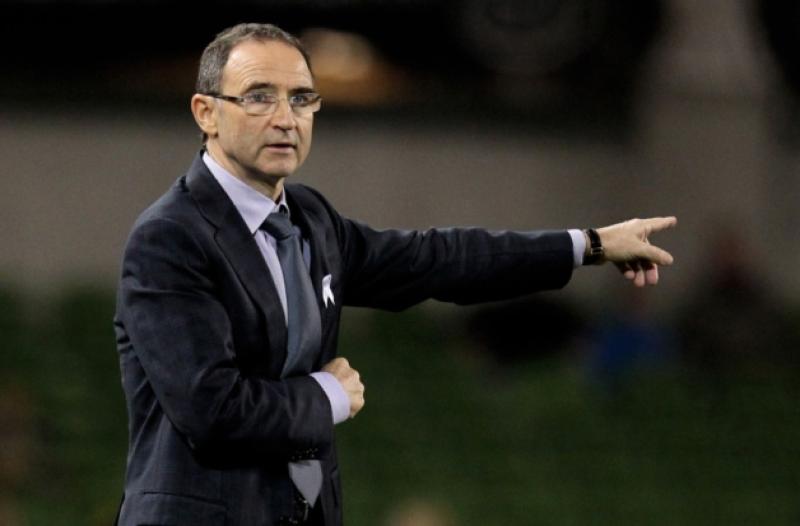 Martin O’Neill was never particularly renowned for his tactics before taking up his position as the new Republic of Ireland manager. His strengths lay in the motivation of players; the psychology he employs to eek every ounce of quality out of his squad.

Martin O’Neill was never particularly renowned for his tactics before taking up his position as the new Republic of Ireland manager. His strengths lay in the motivation of players; the psychology he employs to eek every ounce of quality out of his squad.

Former players have testified on a number of occasions as to how he would make them feel a hundred feet high before big games. His genius in that regard wasn’t without its pitfalls elsewhere, though.

As Aston Villa boss for four years, his overuse of a core 12 or 13 players, poor use of substitutes, mixed with a lack of innovative in-game tactics would regularly see the Villains stumble and collapse near the business end of the season having been in contention for so long.

A relatively disastrous spell with Sunderland, ending with his sacking, saw a bright opening start to his reign succumb to the same old problems. A lack of any sort of squad rotation, old-fashioned tactics and poor dealings in the transfer markets saw a quicker demise than expected.

Hopes were high after the Derry man and Roy Keane’s appointment as the dream management duo but things haven’t gone exactly to plan; a lot of it outside of their control. A chronic shortage of top quality talent tops those problems but that is just one of a number of issues that run deeper than either he or Keane can countenance in the short term.

What is immediately inside of his control is correctly utilising the talent he does possess - some of which is considerable – and it’s arguable he is failing. That may seem overly harsh after just one competitive game; a game Ireland actually won but were, in truth, incredibly lucky to come away with all three points.

Tbilisi, Georgia is a tough nut to crack. Spain and France both struggled to victory there in the last couple of years so on one hand the result will be a huge relief. On the other, when thoroughly examined, the tactics, line-up and performance should worry most, but comes as no surprise to some.

While the 4-5-1 formation was standard O’Neill, tactical errors within it stood out like a middle-aged man in a lingerie department. Robbie Keane was chosen to lead the line on his own; at 34, never known for his energetic running of the channels or hold-up play, you could say it was a slightly odd choice considering Shane Long, with those exact attributes, was left kicking his heels on the bench.

Stephen Quinn’s inclusion at the expense of Wes Hoolahan was another head-scratcher. Against a stubborn, low-block side such as Georgia, surely Hoolahan’s gifted playmaking skills would have been required more than Quinn’s industrious style of play? And those were just the initial worries.

A bright opening, encompassed by Aiden McGeady’s slick finish, was quickly followed by a thunderous equaliser by Okriashvili. Any hope of Ireland kicking on again was extinguished as a lack of creativity and poor passing encapsulated the subsequent 50 odd minutes until McGeady’s spectacular 90th minute winner.

As Ireland huffed and puffed without any real joy before the Everton winger’s magic, you have to question why O’Neill left it until the 75th minute to make any substitutions. And when he did eventually resolve to try and affect the game, why did he not bring Hoolahan on to provide that spark?

These are fairly logical questions for the Ireland management to mull over and the same obvious mistakes that have marred O’Neill in the latter part of his career. An opening away win versus Georgia is a perfect start to qualifying but Aiden McGeady’s sublime strike shouldn’t paper over cracks that could envelope this campaign sooner rather than later.

Right now, there are a lot more questions than answers.