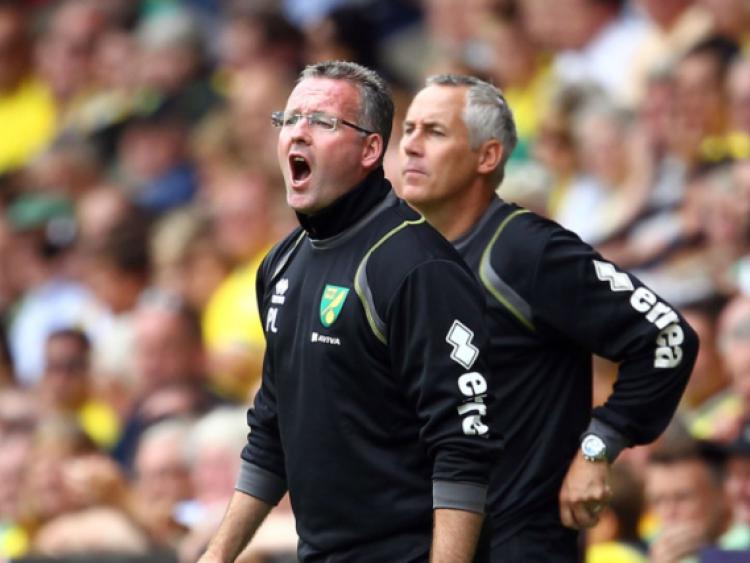 Aston Villa FC: the fourth most successful club in English football history. Twenty major honours. Founders of the Football League. One of only seven ever-presents in the Premier League era and one of only six English clubs to have won the European Cup. Quite the honours list for a club that’s mired in a relegation battle for a fourth successive year as the Villains tumble from one unmitigated disaster to another.

Aston Villa FC: the fourth most successful club in English football history. Twenty major honours. Founders of the Football League. One of only seven ever-presents in the Premier League era and one of only six English clubs to have won the European Cup. Quite the honours list for a club that’s mired in a relegation battle for a fourth successive year as the Villains tumble from one unmitigated disaster to another.

The incredible midweek story of the suspension of Paul Lambert’s two assistants, Ian Culverhouse and Gary Karsa, was the tip of a giant iceberg. The details of the investigation are still ongoing as rumour and counter-rumour circulate but from the reliable information available, the pair have apparently been suspended due to claims of bullying; a quite rare occurrence in the football world.

As that news was breaking, former Dundalk striker Michael Rafter – a player under Culverhouse and Karsa whilst at Colchester – had given credence to the claims, tweeting: “Not surprised to hear what’s going on at Villa, happened in Colchester too #Gangsters”. When I pressed the current Cork City striker to elaborate on what had happened him there he declined, preferring to keep his counsel but it is apparent the pair have got previous for this sort of behaviour.

On Saturday evening, another report was published in a UK newspaper that claimed Aston Villa’s team line-up was leaked to the Crystal Palace management a few hours ahead of kick-off. This would tie in with claims of a huge bust up in the dressing-room prior to kick off. Whilst none of this has been officially confirmed, it’s quite clear, Culverhouse and Karsa - Lambert’s trusted assistants for six years – have been causing untold problems behind the scenes at an already troubled club.

American owner Randy Lerner has called a halt to the frivolous spending of his initial years at the helm. Despite remaining outrageously wealthy – currently worth around $1.1 billion – Lerner has entered the club into an era of austerity. His appointment of the last two managers has been with the remit of slashing the wage bill whilst making sure the side remain in the Premier League rather than aim for the higher echelons of it – much to the chagrin of the supporters.

Paul Lambert’s succession of the hugely unpopular Alex McLeish was heralded by the majority of the fan-base but nearly two years later and there has been little, if any, progress made. At least not on the pitch. The same fans who chanted for him to be the next Villa boss are now the same fans who are calling for his head. A manager with an apparent lack of a philosophy and a mutinous backroom staff, an owner with the purse-strings tied so tight, a boatsman would have trouble getting the knots out and a deeply unhappy fan base - the club itself is drifting in deep waters, clinging desperately to floating debris.

Rumours are rife in the media of a summer takeover and on Sunday evening, Lerner issued a statement addressing that hearsay. In it he stated: “As regards my personal role at the club and the steady rumours of a sale, I will address these after the season.” Not so much a clinical denial and more of an open suggestion that if Villa do stay up, a takeover will possibly commence; music to the ears of long suffering Villa fans who have become severely disillusioned under his stewardship of the club.

As we reach the tail-end of the season, Villa are very much in trouble and yet better off than some. Lose their remaining four games and events elsewhere would still largely have to conspire against them to send them down. Once again, for the fourth successive year, one of the grand old clubs of English football will just about keep their heads above the parapet; destined to remain in a footballing purgatory until someone with a clarity of vision and deep pockets decides that it’s time the fourth most successful club in English football makes a return to its former glories.