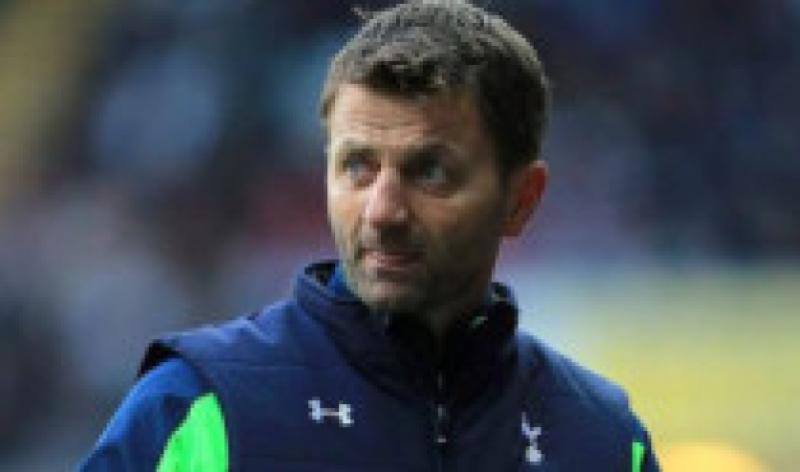 He kicks every ball, contests every decision and celebrates every goal as if kitted out in studs and shorts himself. Match officials are subjected to 90 minutes of questioning, harrying and screaming if the decisions aren’t going his way, and his howls of anguish blend in seamlessly with a noisy White Hart Lane crowd.

He kicks every ball, contests every decision and celebrates every goal as if kitted out in studs and shorts himself. Match officials are subjected to 90 minutes of questioning, harrying and screaming if the decisions aren’t going his way, and his howls of anguish blend in seamlessly with a noisy White Hart Lane crowd.

Tim Sherwood is Tottenham Hotspur’s player-manager in disguise, and at this point he appears more the former than the latter when in the thick of battle pitchside.

He’s a big influence in a team challenging for fourth place in the Premier League, and Sunday’s win over Everton outlined his value to a side who looked like flunking the 2013-14 season under Andre Villas-Boas just a few short months ago.

He stands, quite literally, on the pitch. Forget the technical area—he’d repaint it if you gave him the brush—Sherwood perches with his toes over the touchline when the ball is on the opposite side to the dugout.

He retrieves wayward passes and restarts play via throw-ins quickly, and, apparently, on no fewer than four occasions told the ball boy to sit down while he fetched the ball himself during this weekend’s tussle.

When referee Mark Clattenburg gave a 50/50 decision in favour of Everton midway through the second half, Sherwood screamed in anguish, turned to his right and punted six Lucozade bottles that were lying a few feet away.

It was only after play had resumed—and several minutes had passed—that Sherwood realised he’d sprayed Martinez in the process and apologised in earnest.

When Emmanuel Adebayor scored Spurs’ winner against Everton, he leapt high in the air; upon the final whistle confirming yet another victory, he bellowed with joy.

It’s reminiscent of Martin O’Neill’s touchline antics at Villa Park, but served with more grit, attitude and feistiness—and minus the injury complex that cruelly cut the Ulsterman’s career short.

The contrast between his interview and Roberto Martinez’s—in which the Everton boss spoke in a measured, reserved tone in both English and Spanish—was absolutely startling. You can’t question the commitment and passion either have for the game, but Sherwood gives off the aura of a man who just completed 90 minutes in the heart of Spurs’ midfield, not stand there and watched it play out before him.

In the first half Spurs were very slow, with Everton carving out several strong chances and winning the tactical duel in midfield. The second period saw a different Lilywhites side come to play, and it was far more assertive in attack.

Sherwood admitted he sat his players down at half-time and told them, calmly, what he wanted them to do differently. They went out and did it, and for that he was visibly delighted.

He’s got their trust, and, perhaps more importantly, their backs. He’s a warrior on the touchline at White Hart Lane and an infectious influence, and his presence truly comes to the fore in the flesh.

To some he comes across as brash and perhaps arrogant, but his intentions are pure and the players respond to him. That’s more than can be said for AVB, and as long as Sherwood has the dressing room, Spurs can roll onward and upward.

Sherwood’s career at Spurs may be new to many, but he’s been with them for a long, long time behind the scenes. He’s developed a passion for the club since signing from Blackburn and continuing on the reserve staff, and it shows with every order he barks on the pitch.

He’s a midfield general without the midfield and a defensive sentinel removed from the line; his methods may appear...unorthodox to many fans, but few can argue with the results.

Sherwood has achieved the near-impossible balance of befriending, yet still managing, his club. So long as that stays the case, fans can be optimistic of three points in every game they play.