Gunners look like they can finally go all the way 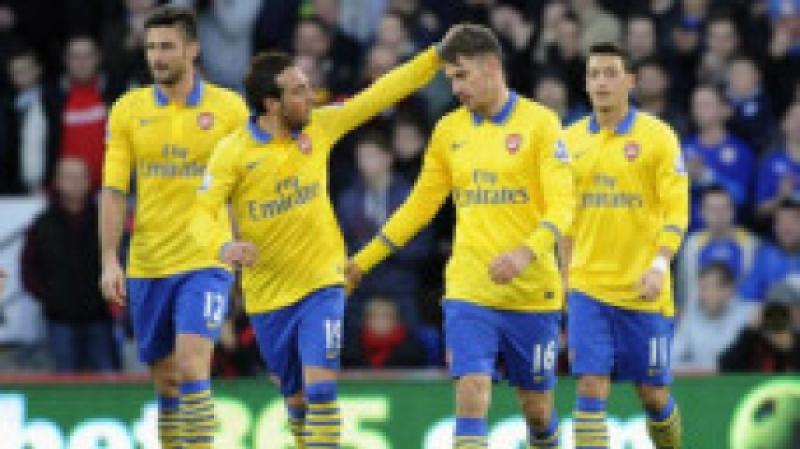 Before this season started, it was commonly felt that this was going be one of the most competitive Premier League

Before this season started, it was commonly felt that this was going be one of the most competitive Premier League

campaigns in years and it has certainly lived up to that billing so far. Every side has been beaten and every side has looked vulnerable at different stages; some more than others.

At this point, it’s a case of whittling it down to who has been the most consistent - or in this season’s case, who has been the least vulnerable. In both cases, my summation is that Arsenal have been top dogs, so far.

Not only do they lead the chasing pack by at least four points but they’re finally playing with a maturity and determination that this side has been threatening to do for a number of years and their win against Cardiff summed up what Arsene Wenger’s team are all about right now - patience, discipline, killer instinct and an abundance of skill.

Both Manchester clubs have visited the Cardiff City Stadium already this season and both have left with less than the maximum points in battles they’ll not forget in a hurry. On Saturday afternoon, Arsenal - with all three points - swaggered out of Wales with ease.

It’s true that you could point to previous seasons where Arsenal have been in this sort of position before only to see all that promise and potential fall away for one reason or another but I get the distinct impression this squad has now finally got all the requisite tools to see the job done properly for the first time since 2004.

Ironically, it all started so limply with a shock 1-3 home defeat to Aston Villa on the opening day, with many fans calling for Arsene Wenger’s head. Those same ‘knowledgeable’ fans were aghast once more when the Frenchman decided to re-sign “money grabbing”, “injury-prone”, “past it” Mathieu Flamini on a free, having been released from AC Milan.

That signing, whilst on the surface pragmatic, has laid a foundation so strong you could build a skyscraper on it. The 29 year-old’s return has been a revelation as his tireless, box-to-box work ethic provides a platform for Arsenal’s more exuberant players to work their magic.

If Flamini’s signing was the bread and butter, Wenger’s next purchase was caviar. The signing of Mesut Ozil from Real Madrid was as inconceivable as it was incredible. One could argue, though, that the German, while obviously a world class talent, was not particularly needed. The squad was already brimming with attacking potential and one more mercurial midfielder would be a case of too many cooks spoiling a beautiful broth and yet his signing seems to have fired this Arsenal side to another level.

His presence has infused this squad with concrete-like confidence. Players such as Olivier Giroud and Aaron Ramsey - both of whom arguably underperformed last season - have excelled in Ozil’s presence this season. Ramsey, in particular, has been outstanding. Ten goals in 17 appearances, overall this season. That’s better than a goal every other game - world class form.

The most impressive thing about their performances so far has been their ability to adapt and overcome injuries and a lack of options to continue churning out wins; most impressively so in their famous Champions League victory over Borussia Dortmund in Germany.

As the likes of Theo Walcott, Alex Oxlade-Chamberlain and Lukas Podolski continue working their way back to fitness, they’ll have even further options to add to their, erm, arsenal upon their return.

There’ll still be tougher times ahead, though and it’s not been all pluses so far. Added to their loss to Villa, they’ve also been beaten by Manchester United in the league and Chelsea in the Capital One Cup so it could be argued that when it comes to the big games, they still possess that soft underbelly.