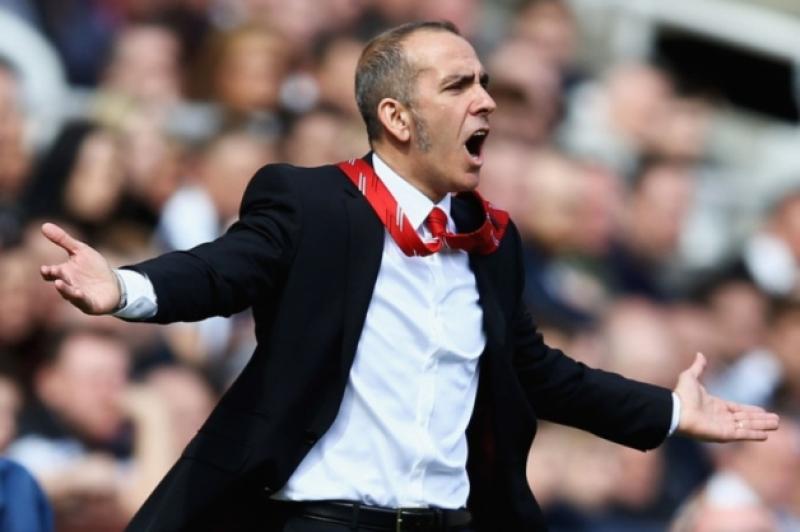 As a keen football fan for over 20-years, nothing generally surprises me anymore but sometimes, I’m left in wide-eyed bewilderment at the decisions taken by the owners of some clubs.

As a keen football fan for over 20-years, nothing generally surprises me anymore but sometimes, I’m left in wide-eyed bewilderment at the decisions taken by the owners of some clubs.

As news broke late Sunday evening about Paolo Di Canio’s sacking as Sunderland boss, I sifted through the various social media platforms to gauge how other people viewed the situation and whether the general consensus matched by own.

It was a mixed bag, to say the least.

Just 175 days and 13 games after appointing him - in the face of vociferous opposition - Sunderland’s American owner, Ellis Short, incredulously, pulled the trigger.

I say “incredulously” because although Di Canio’s record has been poor this season - one point from five games - he still performed a minor miracle in keeping up a Sunderland side bereft of any sort of quality at the tail end of last season after taking over from Martin O’Neill.

Short had not only appointed him in the face of a massive backlash from inside and outside of the club due to his previous fascist leanings but he had also given the Italian the go-ahead to sign 14 new players in the close season and take a whole new back-room team with him, too.

Sacking him so soon after seems like ‘short-termism’ in the extreme.

I can understand owners taking swift and decisive action when things aren’t going well but surely fives games into a season isn’t enough time for a manager to imprint his philosophy on a football club that has been lurching from one disaster to another season after season?

I find myself, time after time, questioning the logic of these decisions and how they arrive at them.

This isn’t the first time a club has gone against the wishes of the fans and appointed a manager, though, and it won’t be the last, either.

There are countless other examples but in the summer of 2011, another American owner, Aston Villa’s Randy Lerner sought out and appointed Birmingham boss, Alex McLeish; a decision that didn’t go down well with the Villa fans, you could say.

The large majority of the supporters did give him the benefit of the doubt initially but after some horrific performances and atrocious transfer business, supporters were incandescent with anger and felt Lerner had made a terrible error, making their feelings clearly known to the club’s board.

At the end of that season, having stayed up by the skin of their teeth, Lerner took swift action and replaced McLeish with the fan’s choice, Paul Lambert; a decision that seems to be bearing fruit.

What point am I making, I can hear you say?

Simply put, it’s that owners should listen to the fans more. Obviously you can’t make every decision based on a supporter’s every whim but they are the people who generally know what’s best for the club, living and breathing every fibre and particle of its being day in, day out.

I’ve always felt that whilst the owners are the people who run the club and are ultimately accountable to no one, they would always do well to factor in the knowledge and opinions of its fans.

Sure, there are annual supporter’s questions and answers meetings with the club’s hierarchy but I’ve always felt these are novelties that give the impression of clubs taking on board the views of the fans when really, it’s a case of the club smiling politely, nodding its head, in one ear, out the other.

In a perfect, logical, sensical world (like the Bundesliga), the supporters would have a genuine say in the decision making process at every level of a football club because ultimately, they are the club.

Owners and players will come and go but the fans will always be there. It’s not a choice to be a supporter, it’s an addiction.

In Ellis Short, Sunderland have an owner with an itchy disposition and an even itchier trigger finger.

Whoever replaces Paolo Di Canio will be their fourth manager in less than two years - an alarming number that gives the impression of a man who doesn’t understand the game the way everyone else does.