The former Aussie Rules and soccer star chats about how she got into sport, her greatest achievements and advice for aspiring young athletes 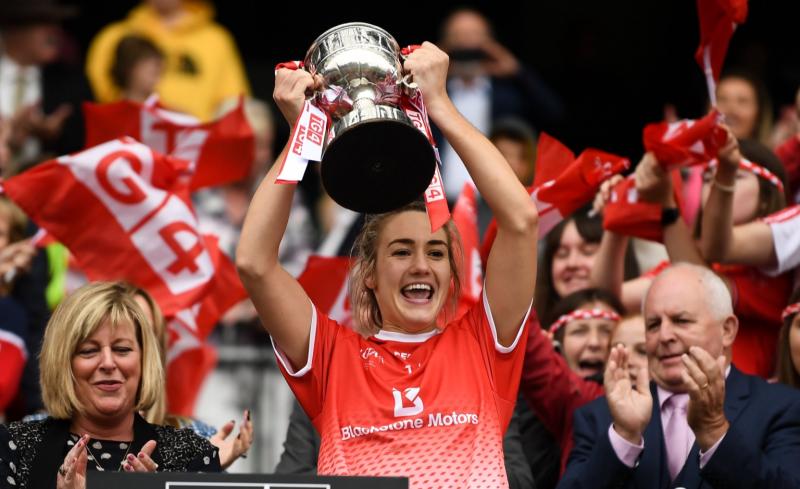 When you hear about the background of Kate Flood, it is no wonder she would go on to win All Ireland medals with Louth and play professional Aussie Rules with the Freemantle Dockers.

The St Patrick’s GAA star grew up around the family pub, The Lumpers Inn Ravensdale and was surrounded by sport during her childhood years, be it at home or at school sport was always encouraged.

“It was only me and my older brother and he would have been playing football the whole time and I hadn’t much to be at and would join in” she stated. “Growing up in a pub, sports were always on TV.  The better I got at it, the more teams I got involved with and I just continued on from there.”

“Where I lived in Ravensdale, the local sports field was across the road and they had a football team, yet I would say it was through primary school as well as it was something we played in the yard, that kind of started my interest in sport.”

The wily forward made her debut in a Louth jersey back in 2010 and first tasted success in 2015, winning the Player of the Year Award as the Wee County landed the All-Ireland Junior title for the first time since 1998.

She would go on to emulate that success once more in 2019 as captain, which she sees as her greatest achievement in sport given the tragic passing of their manager Micheál McKeown a year prior.

“Being the captain and being able to walk up the steps of Croke Park and lift the trophy for the girls after such a bad year with Micheál passing, it was such a great achievement for that group of players and the management team.”

“Everyone wants to play for their county and be able to do that and be the captain of a winning team, was a big achievement for me.”

While her exploits in GAA and AFL circles is more well known, Flood is also an accomplished soccer player, having played for the national team at U15 and U19 level and won an Ulster Cup and NIWL league title with Newry City in 2015.

Like anyone hoping to make it in sports, a young Flood had her own inspirations growing up with a certain Cork star having the biggest impression, leaving her ready to know what was expected if she was to become a role model for others.

“It is not just how we play, as anyone who competes at a high level in football is a role model to younger people, so you have to present yourself well off the field too.”

Having prospered in the world of GAA, AFL and soccer over the years, Flood was keen to give advice to any young girl hoping to emulate her success, exclaiming that in the end hard work and determination are the key to succeeding in any sport.

“Just keep practising, put in the hours. You might have training on a Monday and a Wednesday but there’s nothing stopping you going out on a Tuesday, Thursday or Friday. Keep putting the hours in, keep practising and if it doesn’t go right just keep going and it will eventually come, hard work will pay off eventually.”