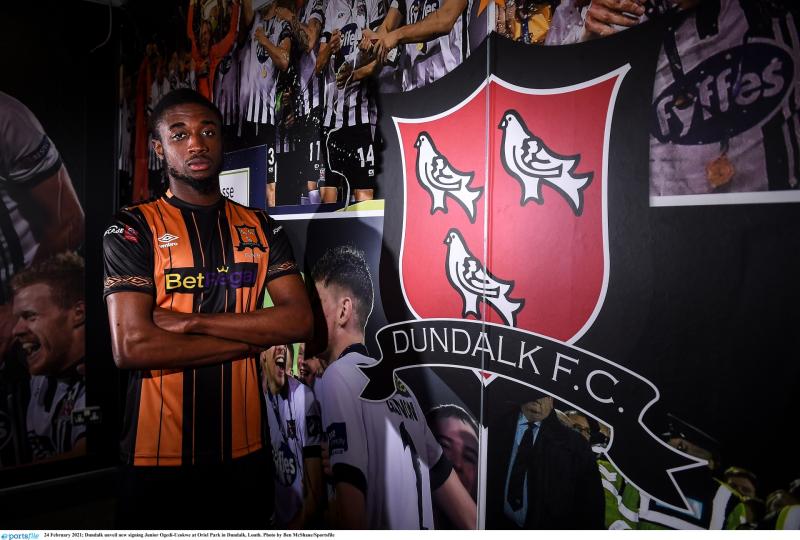 Junior has signed a one-year contract at Oriel Park, having most recently spent the latter part of 2020 with Sligo Rovers, which followed what was a short spell playing in Israeli football.

He is perhaps best remembered for his exploits throughout the 2019 season, in which he finished as the SSE Airtricity League’s top scorer after netting 14 goals for Derry City and it is believed that he turned down the opportunity to make a return to the Brandywell.

The 27-year-old instead joins the Lilywhites to provide competition for the experienced duo of Patrick Hoban and David McMillan, along with fellow new signing Ole Erik Midtskogen.

Something of a late developer in the game, Junior was plucked from non-league football by Colchester United in 2017 and he made 12 appearances for the English League Two club.

A loan spell at National League outfit Bromley preceded his successful stint with Derry, and he thereafter played five games in the Israeli Premier League with Hapoel Hadera in 2020 before returning to the League of Ireland last August and scored two goals in 12 games for Sligo.

“It’s a league that I know and there will be no surprises but this is a new challenge for me and every club has different expectations and pressures,” he told dundalkfc.com.

“Dundalk is a very ambitious club and the aim is to keep winning and achieving more in Europe. If you hear that a club like that is interested in you, then it’s really exciting and I’m delighted to be here.”