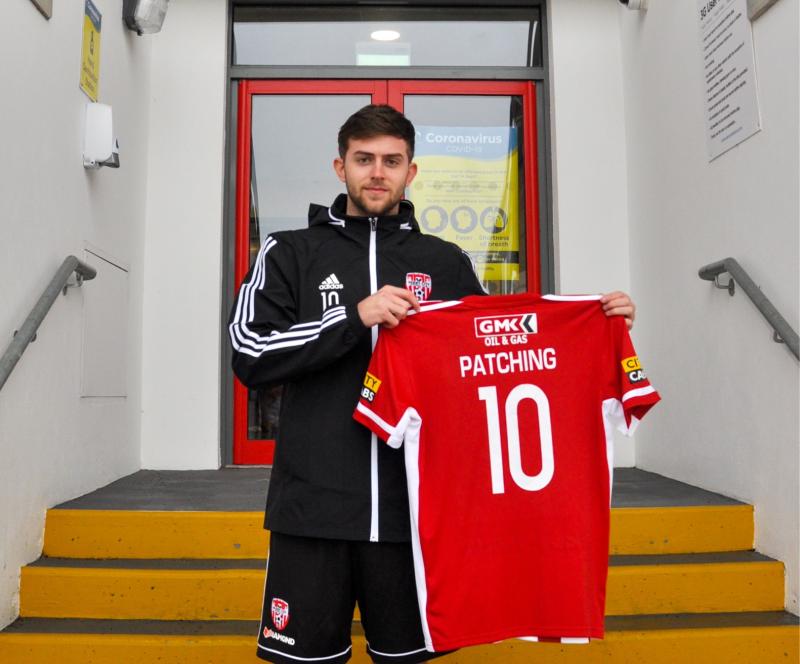 Will Patching, who made just nine appearances for the Lilywhites will wear the number 10 jersey for the Candystripes . Picture courtesy of Event Images.

Will Patching has finally made his long-awaited departure from Dundalk FC today and joined fellow SSE Airtricity League Premier Division side Derry City on a loan deal.

Once on the books of Manchester City, the former England U17 international signed for Dundalk before the start of last season, despite featuring six times for a Notts County side that was relegated from the English Football League for the first time in their history.

The 22-year-old midfielder signed a two-year contract at Oriel Park, but struggled for form and subsequently started in just two League of Ireland matches for The Lilywhites, making a further five appearances from the substitutes bench. He also featured twice in the FAI Cup.

Patching’s ninth and final outing in a Dundalk shirt came in a scoreless draw with Finn Harps at Oriel last October, and he was soon after omitted from the club’s Europa League squad.

The Manchester native then returned home after being given permission to speak with other clubs, but couldn’t reach a solution before the end of the January transfer window in England.

As a result, he reported back to Oriel, along with the rest of the squad, for the start of pre-season training on February 1st to help keep his fitness levels up ahead of the new campaign.

Patching will now line out for Derry in an attempt to get his career back on track, but with his contract at Dundalk up at the end of the year, it’s near certain his days at Oriel are numbered.

Meanwhile, the club have confirmed that Taner Dogan, who spent the second half of 2020 with Athlone Town, has joined after the American’s work permit was successfully processed.

Going in the opposite direction is youngster Andrew Quinn, who has signed for Bray Wanderers on a six-month loan deal. Quinn made one appearance for Dundalk in 2020.