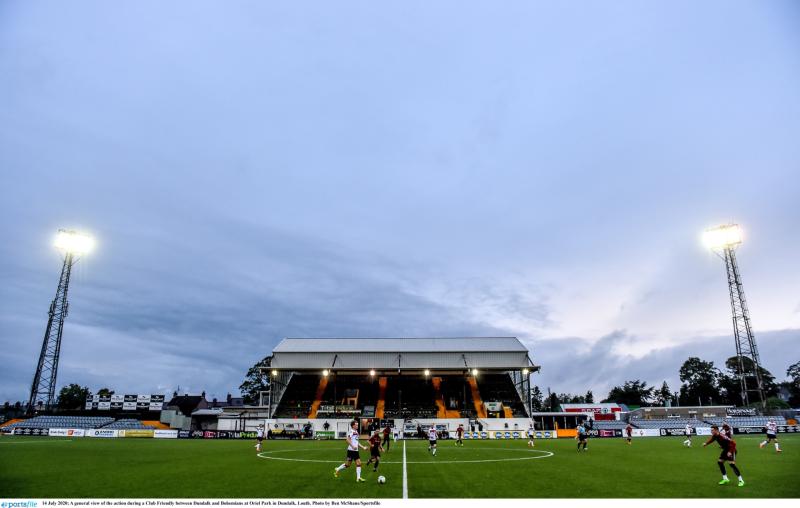 Dundalk will begin the 2021 SSE Airtricity League season with a trip to The Showgrounds to face Liam Buckley’s Sligo Rovers on Saturday, March 20th.

The 2021 fixture list was released yesterday as clubs began their pre-season preparations, with the lilywhites returning to competitive action with a trip to Shamrock Rovers a week earlier for the Presidents Cup.

Their first home game of the campaign will take place on March 26th when Filippo Giovagnoli’s men play host to Finn Harps at Oriel Park before taking a second trip in a month to play the current champions in Tallaght Stadium, with the return leg due to be played on May 21st. Further meetings are pencilled in for July 2nd and again at Oriel on October 8th.

The Louth Derby returns to the schedule in 2021 with the first meeting with Drogheda United fixed for April 23rd in Oriel Park, while Tim Clancy’s First Division winners host the Lilywhites In United Park on June 21st with further battles taking place on August 20th and November 12th respectively as the Louth neighbours compete in the same division for the first time since 2017.

If still in contention for silverware a tough end to the season awaits, October beginning with the long trip north to face Finn Harps before a possible decisive final battle at home with Shamrock Rovers, with two tough trips to the capital to face Bohemians and St Pats back to back to follow.

The final three games are fixed for November with Dundalk hosting newly promoted Longford Town on the fifth before a final away tie against the Drogs, ending the season at home to Derry City on the 19th.

The mid-season break will take place between May 29th and June 12th while the 2021 edition of the EA SPORTS Cup has been cancelled due to the COVID-19 pandemic and the late start to the season.