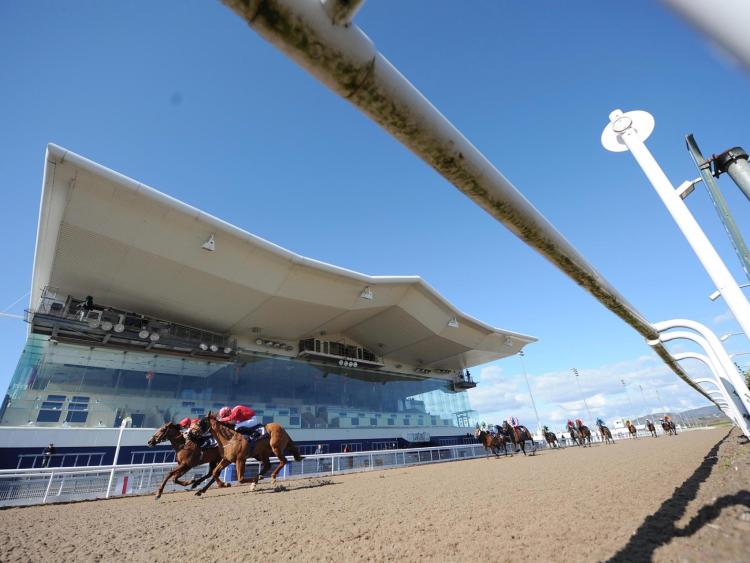 The first for four additional fixtures for 2021 gets underway at Dundalk Stadium this afternoon with an eight-race card going to post at the earlier time of 2:30.

The extra meetings have come into place following significant demand from trainers over the festive period for more racing at the All-Weather venue, Leading to Horse Racing Ireland and Dundalk working together to create the additional events which will take place in January and February.

The card contains three handicaps split into two divisions due to the volume of entries received while also including two maiden contests, the most intriguing element of the card coming from the seven furlong maiden at 5:00 where Joseph O’Brien may unleash a decent prospect for 2021.

Visualisation comes into the contest off the back of a decent debut over course and distance in November and the well-bred family owned colt is expected to improve on that form in the hands of Declan McDonagh.

Ado McGuinness is no stranger to winners at the track and there is some confidence behind newcomer Star Harbour who once sold for €400,000 and is nicely drawn in stall four, while Seamie Heffernan is an interesting booking for John McConnell on fellow newcomer Cisne and could run into a place in what looks a weak maiden.

The Hollywoodbets sponsored six furlong maiden at 4:30 looks a tough nut to crack with Woodrow for Cormac Farrell set to go off favourite following a string of decent runs in handicaps over the winter with the step back to maiden company a huge plus to his chances.

Sarah Lynan had a winner at Friday’s meeting and has a live chance in Abeona, who ran far too freely when last seen in a one mile maiden here in December and with Chris Hayes booked to ride could see more success with different race tactics.

Racing gets under way with a one mile four furlongs handicap and John McConnell possibly holds the key with two highly fancied prospects in Wild Shot and Griffyndor. Wild Shot has been out of form of late but has won five times in the past at Dundalk, most recently when winning this race last year and may find his mojo again on debut for his new yard in the hands
of champion jockey Colin Keane, while Griffyndor ran a little keen last time and can’t be ruled out with claimer Siobhan Rutledge taking off seven pounds.

Elsewhere Gordon Elliot saddles a rare runner at the track in the two mile handicap at 3:30 with Take a Turn who would need to match his career best on the flat over shorter distances to feature and has plenty of opposition in hurdler Paula’s Prayer and recent course and distance winner Nightly Waiting, while Punters Poet for Matthew Smith could outrun his price back at a more adequate trip.