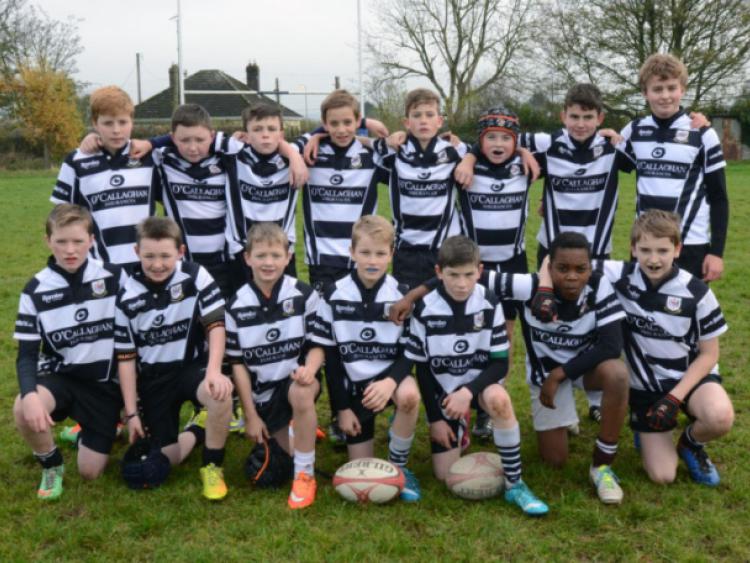 On a wet, cold and miserable Sunday morning, Dundalk RFC’s U12 side travelled to play local rivals Boyne Rugby Club.

On a wet, cold and miserable Sunday morning, Dundalk RFC’s U12 side travelled to play local rivals Boyne Rugby Club.

Both clubs had two teams in action on the day so four matches were played with Boyne narrowly coming out on top on all four.

Despite the poor conditions, both Louth clubs tried to put on a show of entertaining running rugby.

Overall Boyne were strong and well drilled. Dundalk fatally allowed them the Drogheda side to run at their defence and were punished for doing this with Boyne running in no less than nine tries in total.

Dundalk dug deep and laid siege to the Boyne try line at any chance they could get and they were with rewarded for their effort with a try from Lee O’Carroll while Jack Mulroy’s poaching was also rewarded with another great try.

Elijah Faapito was a real threat to Boyne and whenever he got on the ball, his awareness and ability to sidestep and evade tackles, coupled with his speed, meant he broke through their defence three times, scoring three tries on the day.

Dundalk played with real passion on the day but the poor conditions and a well organised opposition side meant the spoils went to the home team.