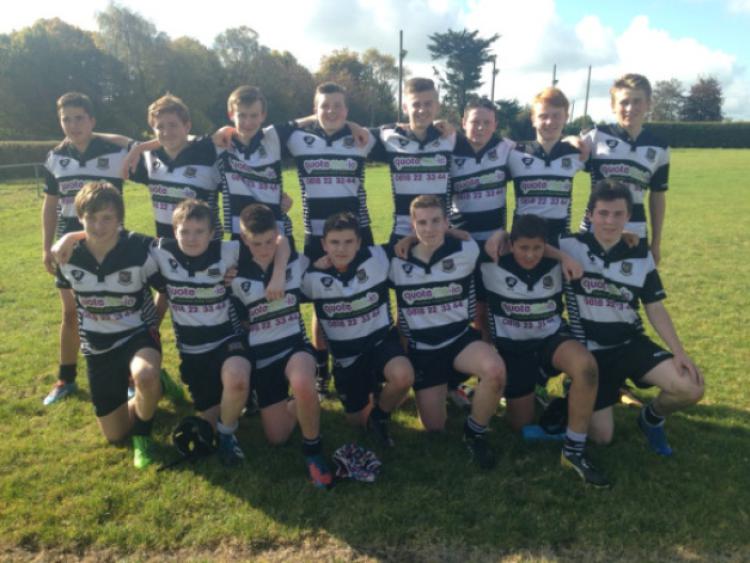 Dundalk U15’s travelled to Portarlington for their first outing in the Leinster League and left with an emphatic win to show for their efforts.

Dundalk U15’s travelled to Portarlington for their first outing in the Leinster League and left with an emphatic win to show for their efforts.

On a beautiful sunny day the Dundalk boys started brightly with early tries from Ronan Greene and David Murdock, both of which were converted by Gavin Farrell.

Some great interplay between forwards and backs then led to a try from Adam Hanratty which was was again converted by Gavin Farrell.

Further tries were then scored by Gerry Curran, who was making his debut for the U15’s and soon, this was quickly followed by a second from David Murdock, helped by a scorching run from his own 22 by Sean Fitzpatrick.

This left the score at 41-0 at half time in favour of the dominant visitors. A discussion at half time between the referee and coaches led to Portarlington conceding the game and the second half consisted of a mix and match approach to allow some of the less experienced Portarlington players getting some valuable game time and experience.

All new players are welcome, for enquiries email fniall@gmail.com.