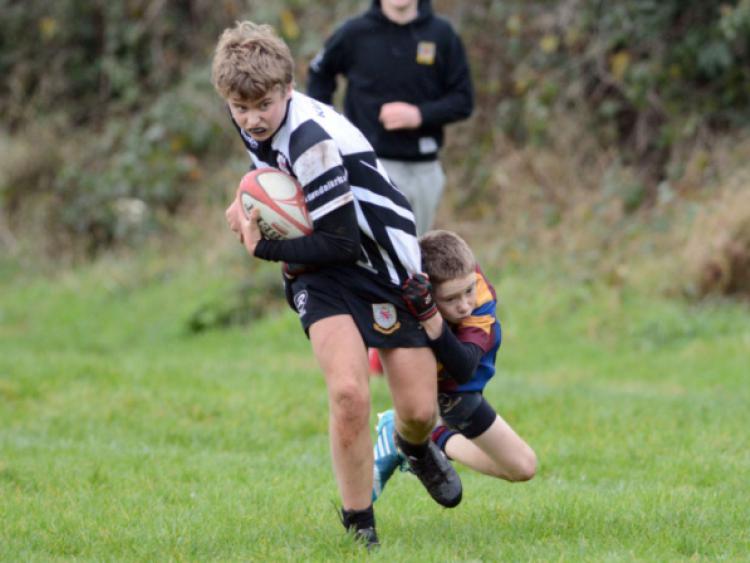 With a host of new faces on board, it meant that last weekend was the first dip in the world of competitive tag rugby for a number of Dundalk RFC players.

With a host of new faces on board, it meant that last weekend was the first dip in the world of competitive tag rugby for a number of Dundalk RFC players.

However, the club’s U12 girls team grasped the opportunity, oozing confidence and control throughout their game with Suttonians.

The girls threw themselves into a flowing game right from the off and consistently pushed at the Suttonians line of defence with Caoimhe O’Callaghan running in a quick try to signal Dundalk’s intentions.

Caoimhe was well supported by captain on the day Clodagh Flynn, and fiercely competent defender, Grace Cranny, who let nothing pass her on the wing.

The sister act of Holly and Lily McEntegart knew no fear and constantly ran at the opposition, setting up and scoring tries for the Mill Road club.

New player Caoilfhionn McCarthy showed her budding ability, throwing herself into the game from the first whistle and showing her intent to run for the line at every opportunity. Strong support and imaginative play led to a dream team with Tara Herr and Temi Fagbamilla taking every chance to intercept opposition ball and showcase their skills and ability.

This was a hugely positive start from the U12s, leaving everybody with high hopes for the season ahead.

With a big influx of new players this year, the Dundalk RFC U10 Girls team coaches were looking forward to seeing how the new faces girls would fare in their first outing of the season against Suttonians.

Right from the kick-off they weren’t disappointed. The new girls threw themselves into the game and surprised the coaches and spectators with their textbook delivery, scoring try after try.

Hannah Laverty, Eve Conway, Orlaith McGeough and Saorla O’Mara were undaunted by the occasion with Orlaith running in her first try for Dundalk.

Some of the ‘seasoned’ U10 players provided the runaway tries; Ruth McGee, Bronagh Hughes and the wonderful, talented Natasha Swan. It’s impossible to single out players but special mention has to go to Hazel Malone for a fantastic performance.