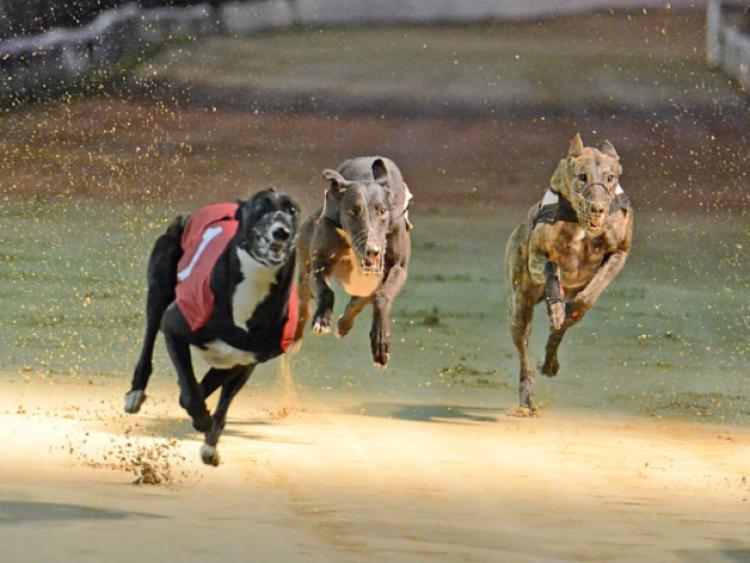 Established and would-be stayers were prominent at Dundalk Stadium on Friday night when the heavens opened and the eight-race card wasn’t completed until well after eleven o’clock.

Established and would-be stayers were prominent at Dundalk Stadium on Friday night when the heavens opened and the eight-race card wasn’t completed until well after eleven o’clock.

An Open 670 got the programme underway, and then later on there was a race over the same distance for a sextet, none of whom had been beyond the 550 before. In between, the semi-finals of the Stadium Dual-Distance were decided, the hardy dozen running over the 600 on a track sodden by the incessant rain.

Barrack West went fastest of these, the Ronan Smith-trained dog coming good in the second half of the race to just get the better of recent Shelbourne scorer, Gymstar Jumbo.

Gymstar Jumbo, trained locally by Peter Noone, made a quick break from six, and was clear going into the back straight. However, the English-owned dog kept a wide course, and that was his undoing. Conceding yards at the third and fourth bends to the chasing Barrack West, he was passed turning in, but still stayed on stoutly to force a photo.

A head was the verdict, the winner recording 33.13. Paradise Garcia, a kennelmate of the country’s fastest, Paradise Madison, took third spot.

The second semi-final was another in which only two of them showed with a chance. Serious Impact was the early leader, showing three lengths ahead at one stage in the back. Surley Bassi closed at the third bend, but got checked, and turning in had a length to make up.

But although tackling the distance for the first time, Nigel McGarry bitch proved herself a good stayer. The Elite State bitch got in another challenge, and after hitting the front went away to score by a length in 33.76.

Picky Sue made up some late ground to take third, just under two lengths off Serious Impact.

Barrack West and Gymstar look the main contenders, and well drawn in trap two, the Co Antrim-based first-named might just be able to find his way home in front.