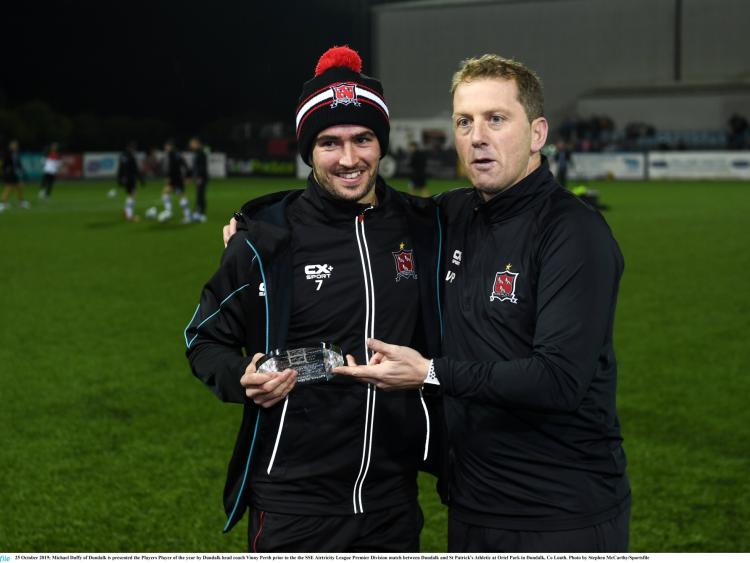 I was just looking back at some Dundalk FC photos last week. They were of old player awards nights the club used to hold, ceremonies which were held religiously on a yearly basis no matter how the club fared on the pitch in a particular season.

It’s amazing that these same awards nights have fizzled away to a distant memory as the club continues to go through its most successful period in history. The reasons are understandable. In 2016, Dundalk’s season was so successful that their participation in the Europa League only came to an end only in December of that year. It was too close to Christmas to hold an awards night that year.

There are obviously concreted reasons why the awards nights were not able to be held in other seasons. But I personally felt rather sad last season when the player awards were given out to players at the final game of the season at Oriel Park.

The awards night is a great chance for supporters and players to meet each other in a social setting. It’s a fantastic night for fans and also for the players. 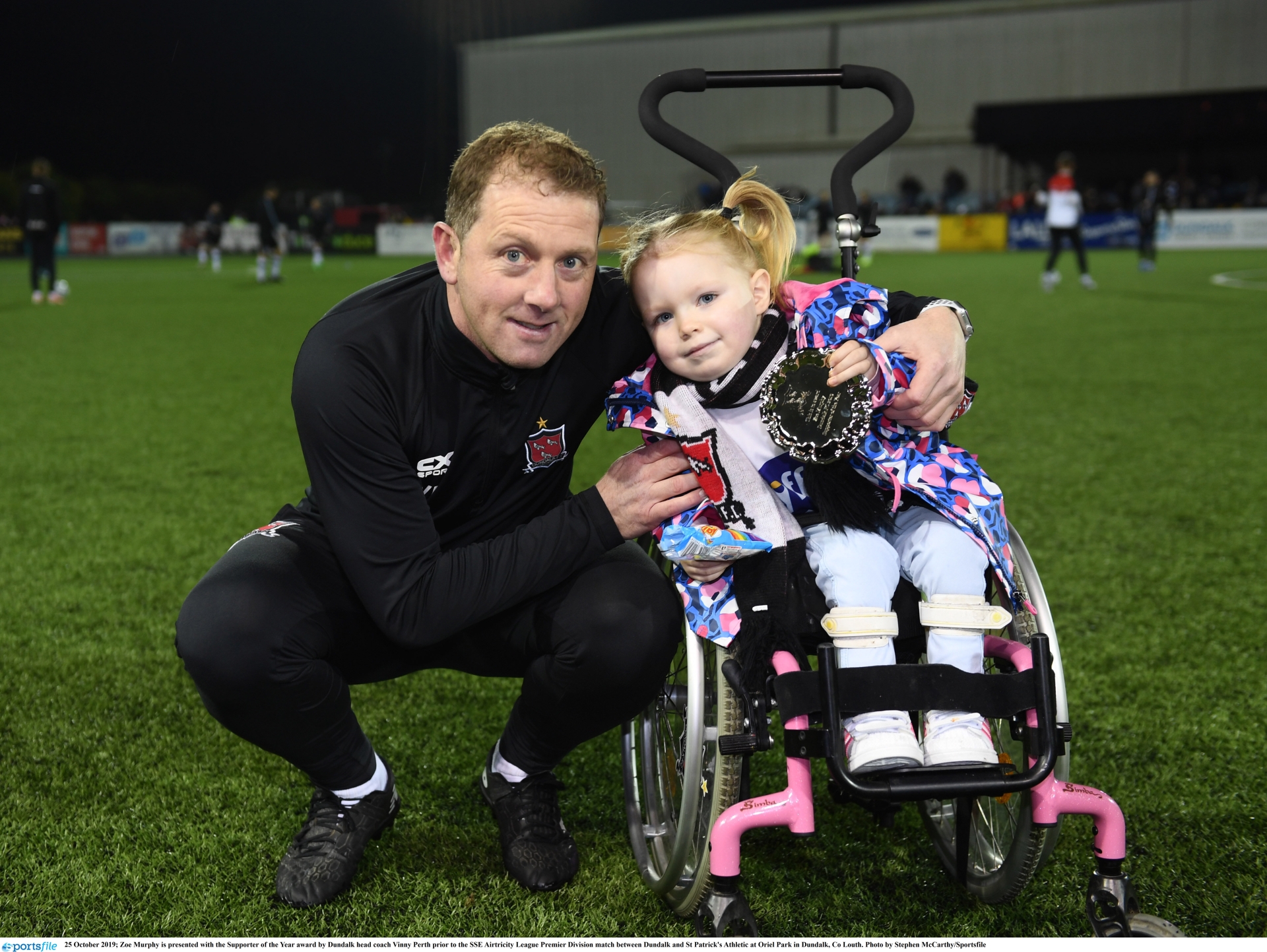 The amount of organisation the then Supporters’ Club or trust organisations put in to these nights was phenomenal. A number of years ago it was held in the Fairways Hotel. Peter Collins from RTÉ and Ray Houghton completed the night and it was fantastic.

There were various different fundraising activities carried out for the club that night. One, for example, was the auctioning off of Champions League final tickets.

I must stress that the only person I would have compering such an awards night would be our own Michael Duffy. That’s the stadium announcer not the player. Though I’m sure Michael, the player, would have a busy night anyway as he would be collecting many of the awards on show.

However, with the Covid virus threat still looming, this year, an awards night the way they used to be held is out of the question.

But, hopefully the powers that be will take a serious look at bringing back the night for 2021. It’s a fantastic opportunity for strengthening club-community relations and I’m sure it would be a big sellout.

Former Waterford manager Alan Reynolds has joined Dundalk as assistant to Vinny Perth. The news did not come as a surprise as it has been speculated in the media for weeks. 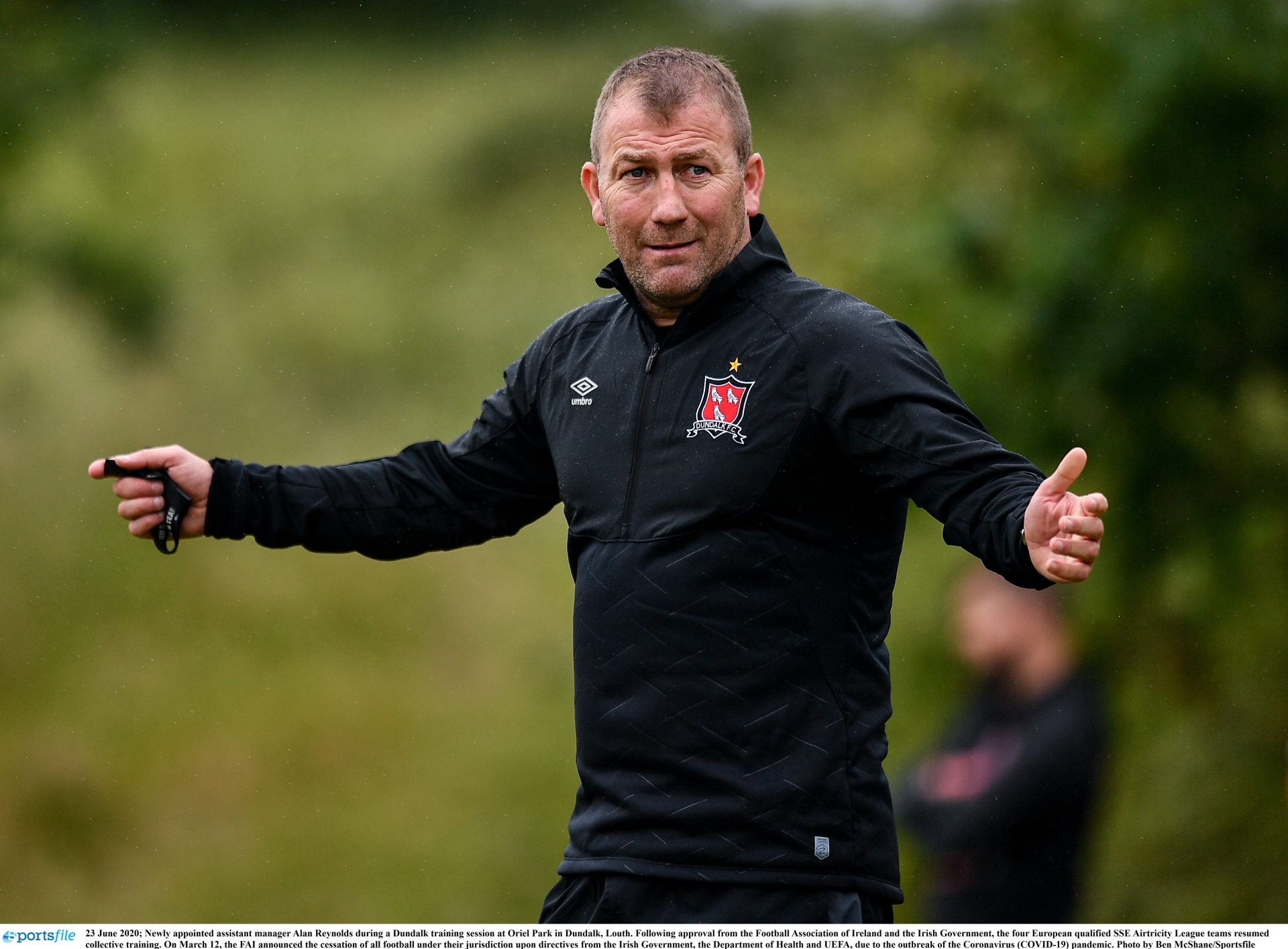 Alan signed a short-term contract until the end of the season. He is regarded as one of the most talented coaches in the country and is also expected to do some work with the Republic of Ireland U21 team while at Dundalk.

Whether Alan can be tempted to stay at Oriel on a more long-term basis remains as an area of speculation. The media seem to be hinting he will join the U21 fold on a fixed basis but I’m not so sure.

I am, though, sure that Alan will see what a great set-up there is at Oriel. He may well decide to stay, which, in my opinion, would be great for the club.

The debacle of setting out terms for a resumption of the domestic season still rolls on. Friday was supposed to be ‘make your mind up time’ for the clubs as the FAI said if uncertainty continued they would make up the clubs’ minds for them.

But Friday has come and gone and at the time of writing there is still no agreement. However, the FAI has warned that any team who refuses to resume games will be automatically relegated. The issue about the resumption of the league is coming to a head and I’m sure we will see the season being resumed on July 31.

It’s hard to believe Dundalk will be in Champions League action in mid-August. Although there is only one leg, I’m really looking forward to it. Thus, it’s all the more important that Dundalk get games organised to build up the vital match practice required for Europe. Vinny Perth is believed to be looking at cross-Channel teams to get some game time in. Clubs from the North will also be on his radar, I’m sure. And maybe even some European friendlies will happen. That’s just hope on my part but I’d feel games with continental teams would be of enormous benefit to Dundalk as the clock continues to count down towards the lucrative qualifier.

Victory for Dundalk would be worth an estimated €1 million.

There was news north of the border last week with confirmation that the Irish League has officially been brought to an end without the kicking of a ball. Clubs could not agree how the season should end so the IFA made the decision for them and as a result Linfield were declared champions.

The good news I see from the season being ended as it has, is that it ensures Warrenpoint remain in the top flight. The Point were second from bottom, just two points clear of Institute at the foot of the table. The IFA decided to relegate Institute and allow Warrenpoint stay in the Premier Division.

The Down club has huge connections with the town of Dundalk. Thus, I’m looking forward to returning to see the games there again next season.

Barry Gray is an excellent manager. He has strengthened his side in the past few months and I’m very confident they will not be at the bottom of the table next season.

Anyway, another week has gone, another one has begun. Please, remember, for God’s sake, be careful out there.