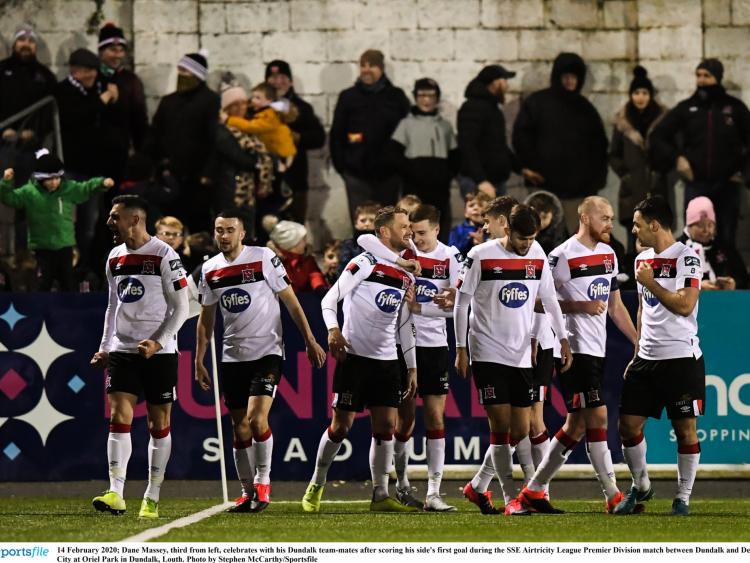 Dundalk FC will return to training in less than a month and Gerry Malone expects every necessary health measure to be taken across to the country to ensure player safety. (Pic: Sportsfile)

Another week has gone by and there is still no League of Ireland football to see. However, there have been a lot of positive signs this past week which indicate that the season will return in some shape or form.

Far more importantly, though, off the pitch, there continues to be a fall in the number of deaths related to Covid-19. And the tally of reported cases also continues to drop. But, despite this, the loss of even one person is a massive one; it’s a loss to a family, a community and society beyond. We should never forget this.

The announcement that a special tournament between the four League of Ireland teams in Europe has been given the go ahead is great news. As reported last week it will be staged at the Aviva and its aim is to allow the teams to get key, competitive matches under their belts as preparation for the qualifiers.

Training of players on an individual basis has already been started by many clubs. But the announced return to full training and competitive football brings with it many understandable fears for some players. Clubs must take great care of their staff and I am sure that they will. 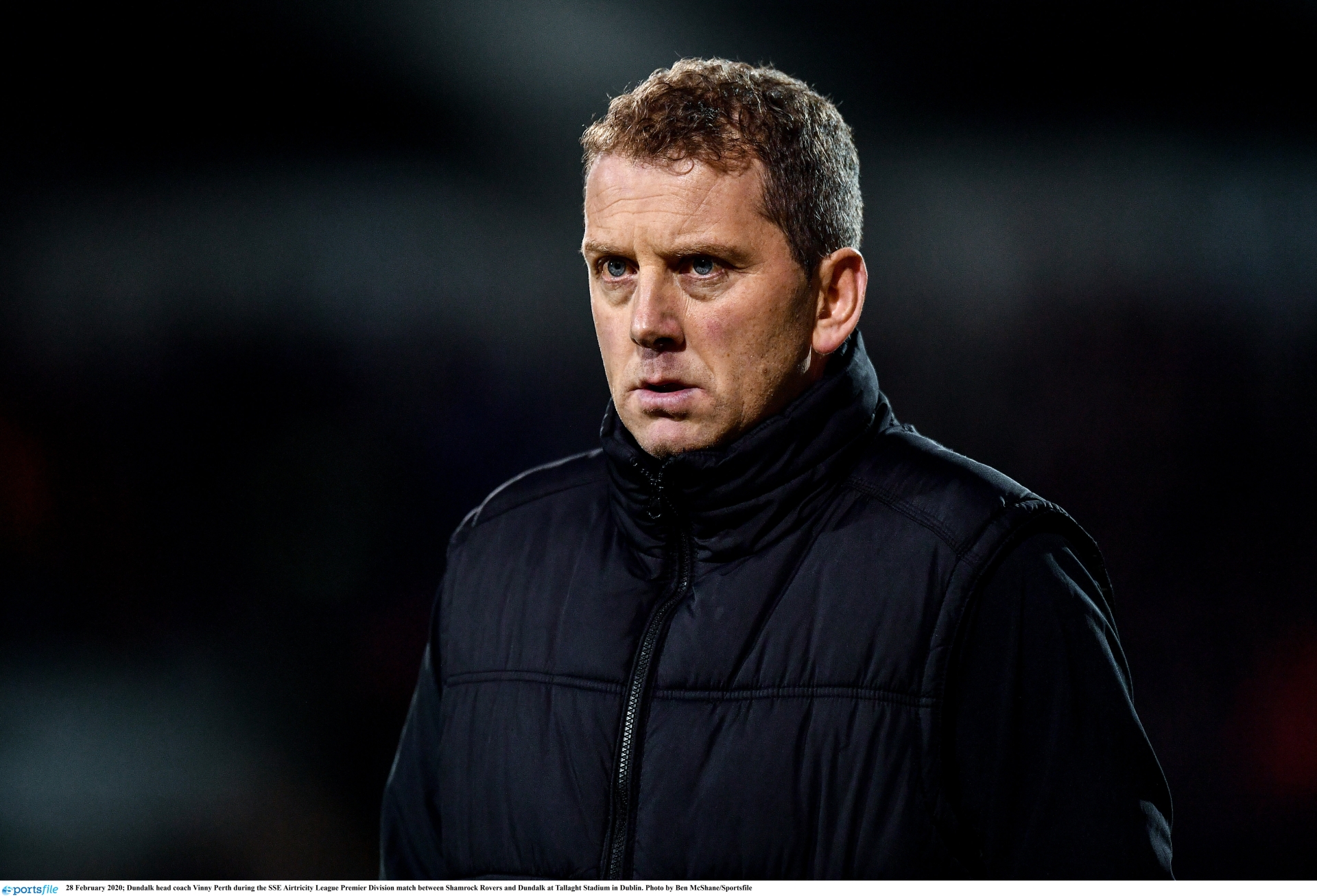 But those players who suffer from asthma and/or diabetes must be specifically catered for. I’m sure some of these will be fearful of a return in the sense that they are most at risk if they get the virus.

As I said, though, I’m sure they will be looked after very well and the professionalism shown by the FAI in the planned regular testing of players and the way they have timetabled the return of all players to training shines like a bright star in these dark days.

Today, Tuesday, is interesting in itself. AlI League of Ireland clubs will see the full details of the FAI’s financial plan to restart the season. This meeting is vital as with the games being played behind closed doors or in front of much reduced attendances, finances are vital to restart the league. A Zoom conference will be held between clubs and the FAI, in which it’s hoped problems can be sorted.

It does look like the games will be played at selected stadiums and this includes the Aviva, the Brandywell, Thomand Park and Tallaght Stadium. Other venues are also on the list, although clubs are split on the proposals on a 5-to-5 vote.

The FAI are expected to ask players and staff at all clubs to agree to a pay-cut in order to convince the clubs to restart the league. The good news is that players have already agreed to resume the season, but to ask them to take a pay-cut is a different matter completely.

Another topic being discussed at the moment relates to whether to shorten the season or play the full amount. Five games have already been played, with one proposal being to play 22 more. This would be the four remaining first round games and two further rounds of nine each. The other is to play the remaining programme in full, with four scheduled rounds in total. The season looks set to start in September.

There has also been positive news for supporters of the All-Island League. Derry City have given the proposals their blessing. These same proposals still have a number of hurdles to get over before the project can be signed off, however. 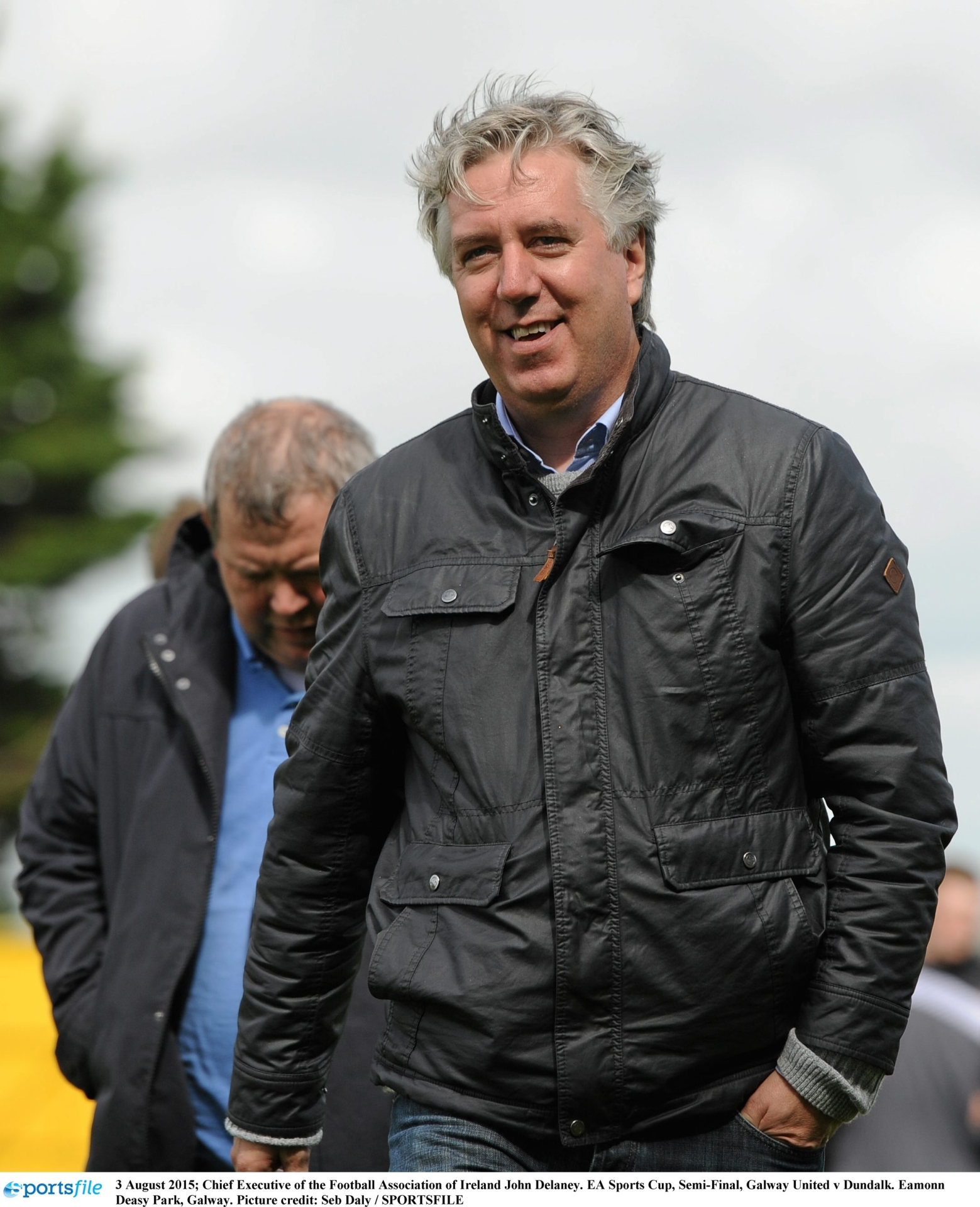 In other news, the Mazars report into the FAI’s finances will be completed by the end of the month. The completed analysis will reveal new details on former CEO John Delaney’s deal with his employers over payments he received to cover the cost of his rented homes in Dublin.

The FAI were rescued in January, getting €32 million from the combined intervention of the government, UEFA and Bank of Ireland. Mazars will present its work to the FAI, who will then be left with important decisions to make as to what to do next.

Meanwhile, The Star newspaper has reported the Office of the Director of Corporate Enforcement is continuing its investigations into the FAI. A large number of current employees, former employees and board members have been questioned about their knowledge of events at the FAI over a period of 10 years.

Last January it entered FAI headquarters at Abbotstown and removed a number of items on foot of a court search warrant it had obtained.

It was great to see Dundalk manager Vinny Perth named as an official ambassador to local disability service Rehab Homecare. Over 100 people with disabilities access the three Rehab centres in the region. This includes the New Visions Centre for young adults and supported accommodation in the county. A further 80 children and their families rely on the Maria Goretti service for respite care. The manager has been very vocal in his support for the service which caters for 150 people locally. Vinny has put his league winners’ medal up for sale on a Go Fund Me page for the service. So far it has raised over €2,000.

In another great gesture from this fantastic Dundalk team, Gary Rogers has donated two of his league winning jerseys to the Jack and Jill Foundation.

This organisation provides home nursing and end of life support to children from birth to five-year-old who suffer from highly complex and life threatening conditions across the country, including 17 extra special children across Louth and Meath.

Finally, I see that the great keyboard warrior of Orielweb, Ezekiel, says he was amazed that myself and Roddy Collins would agree on something. Last week I wrote that Roddy was right in saying that the resumption of the league would not be worth it if it meant the loss of even one life due to the coronavirus outbreak. Well, Ezekiel, I don’t know why you would think myself and Roddy would not agree on much. I’m sure we would. And I doubt anybody would disagree with either Roddy or myself on the issue of the virus.

Ezekiel was a prophet of the Old Testament. His name emerged again on Orielweb years ago and his sometimes bizarre statements do get some focus. I know who Ezekiel is and he attends Oriel Park all the time and is a great supporter. He meets up with his friends before each game.

Ezekiel, you are not the great prophet of old, but you do merit attention as your eccentric comments on Orielweb often deserve examination on foot of their bizarreness!

Anyway, at least we’re another week closer to the season restarting.