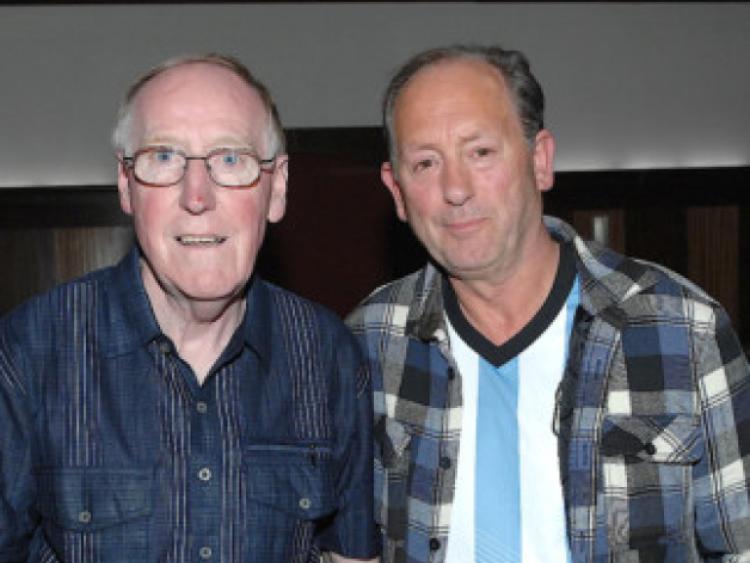 The organisers of the Tommy McConville Golf Classic and Fundraising Night which took place on June 7 have described the event as a huge success with over €10,000 raised for the North Louth Hospice.

The organisers of the Tommy McConville Golf Classic and Fundraising Night which took place on June 7 have described the event as a huge success with over €10,000 raised for the North Louth Hospice.

Fifty teams competed in the Golf Classic at Ballymascanlon Golf Course. The event was won by a team representing the PFAI which included former Drumcondra FC players Alf Garvin and Robert Prole.

The prizes for the Golf Classic were presented at the Fundraising Night held in The Lisdoo that evening where former Dundalk players Jimmy Dainty, a former team-mate of Tommy Mac’s, were in attendance.

A presentation was also made by the McConville family to members of the North Louth Hospice who cared for Mac before he passed away.

“We would like to thank a number of people for their help in making it a great day,” said Gerry Duffy, a member of the organizing committee.

“Adrienne Kehoe at the Lisdoo was brilliant and we would also like to give a shout out to Jim McAlester for facilitating our committee meetings.

“Paul Docherty, a friend of Mac’s from Glasgow, donated the NY Cosmos Pele shirt which was bought by Owen Lennon and Moira Ryan from AV Direct for €1000. We would like to thank them all for their contribution.

“Dundalk FC Chairman Ciaran Bond and owners Andy Connolly and Paul Brown were a great help to us as were all of our sponsors.

“The McConville family family are over the moon with the success of the event and they were delighted to make a presentation to the people from the North Louth Hospice who were so good to Tommy.

“The organizing committee we had was brilliant and we would definitely like to make this an annual event in memory of the great man,” he added.