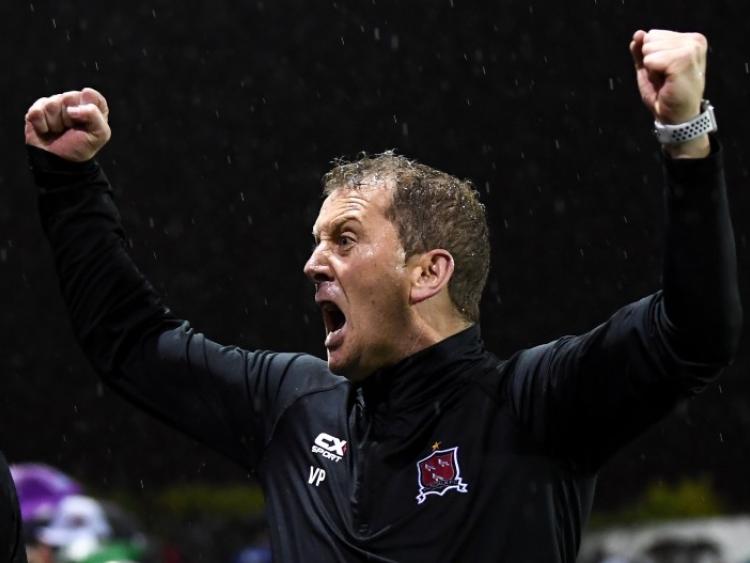 Dundalk FC manager Vinny Perth could have his team back together on the training ground by June 8. (Pic: Sportsfile)

Plans are afoot which could see a return to action for Dundalk FC.

It was announced on Friday that the League of Ireland’s four European qualifiers - Dundalk, Shamrock Rovers, Bohemians and Derry City - will be permitted to resume collective training on June 8 with a course of regular Covid-19 testing from May 26.

The quartet are expected to compete in a behind closed doors tournament in July in order to ready them for their continental fixtures.

An FAI directive on the matter was published following a meeting with Sport Ireland’s Medical Advisory Group and a subsequent document indicated that all other League of Ireland clubs would only be allowed to begin training on June 29.

All leagues outside the Airtricity League that are still in their 2019/20 season won’t restart until August 28, with the cessation of all football activities under the jurisdiction of the FAI extended to July for all affiliates.

The Lilywhites last played on March 6, a 4-0 victory away to Finn Harps, and haven’t featured at Oriel Park since February 24.