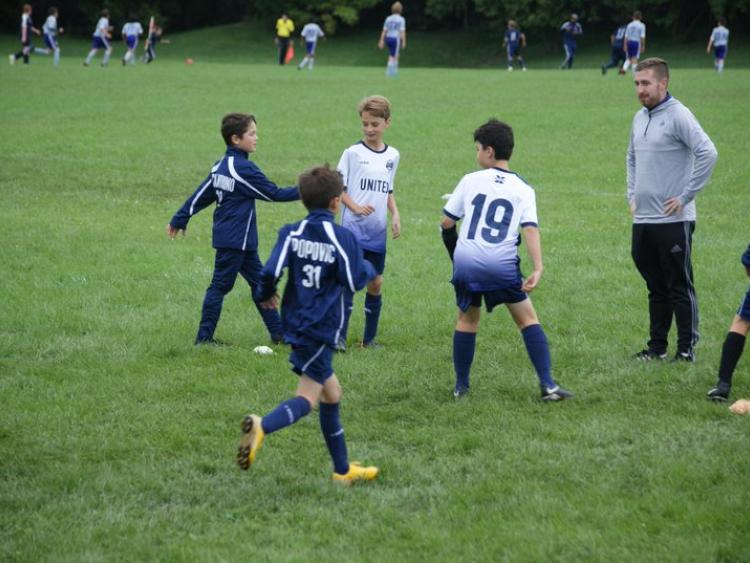 He may be Dundalk born and Cavan bred, but Arrowsmith’s roots are now firmly planted in Chicago, where he’s director of football at the AYSO300 academy, a role he’s filled for almost three years now.

Originally a coach within the set-up, he threw his hat into the ring when the leading post at the outfit was vacated by a Dubliner, hardly believing that his application would be a success. Though it was and now he’s over a project which caters for 2,500 kids ranging from eight to 18, almost half of whom he deals with directly.

It’s a far cry from his three-year term at Oriel Park in the early part of the last decade. Kitman for two seasons under Ian Foster, he was later the club’s promotion officer, before moving on. He’d learned his trade as a coach through both the club and DkIT, piloting the schools’ programme which former Dundalk defender Liam Burns now runs.

On the management of Cootehill for a few seasons, while working on the side, ‘Pingu’, as he’s known, headed stateside for a second time in 2015, six years after spending a summer there coaching, and hasn’t looked back.

He married his wife, Emily, recently and at 31, appears to be quite settled.

“Everything’s fallen into place,” he tells The Democrat.

Democrat: “So you’ll not be coming home to be Dundalk kitman or the club’s promotion officer any time soon?”

Arrowsmith: “Well - and you can put this in the ’paper - if the money’s right, I’ll come back.”

The ball is in The Lilywhites’ court! 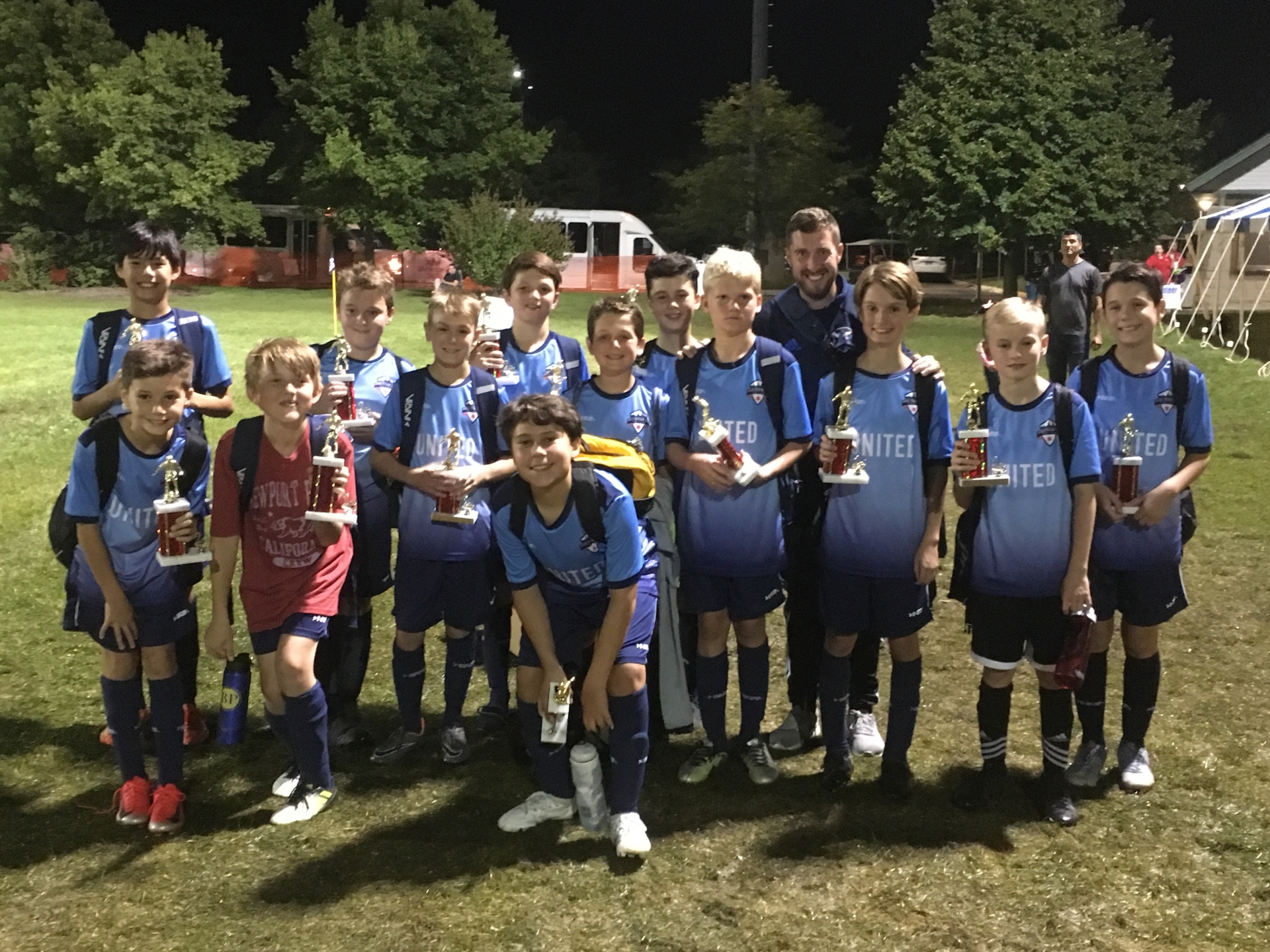 INTERNATIONAL FLAVOUR
There is a multicultural twang to the programme which Arrowsmith organises, coaches coming from countries including England, Ireland, Brazil and Argentina to work within AYSO300’s portfolio of academies which span across the United States.

And soccer is growing as a consequence, catching up on the traditional American sports. The offering of Arrowsmith and co is leading to growth of a different kind, their links to the FAI, which has seen coach education mentors visit their Chicago base, among the bounties that has led to an increased number of participants and the company’s competitiveness spurt within a market which contains many rivals.

“I want to build a programme around the fact that we’re good value for money,” says Pingu.

“That, and our diverse range of coaches, I think, gives us something more unique than what other clubs can offer.

“It’s starting to work and it’s just about finding ways to be a little different and better than our local competitors.

“I just think we’re great value and the fact that we’ve got dedicated staff coming in every year just to coach makes us a better option for kids.”

His working routine ought to be tapering off entering the summer months, trials normally being held in May with a view to the season’s return in August. But, as is the case on a wider scale, these are unprecedented times and so Dean can’t really see beyond his mountainous level of paperwork.

Players of previous years are being offered places for next term and so the chore involves sifting through other applications to see what or who can be accommodated.

But the planning process is vital, as he’s learned in tandem with taking time out from a cluttered schedule.

“I don’t get to see as many Dundalk games as I’d like,” he quips, alluding to the workload.

“My role would be quite busy, but as I’ve developed in it I’m finding time as best I can to get some down time and keep the wife happy.

“It’s only in the last eight months or so where I’m starting to learn to do a little bit less because I was still in that coach mode all the time for the first two years.

“The more you plan ahead of time, as simple as it sounds, the easier everything can be.” 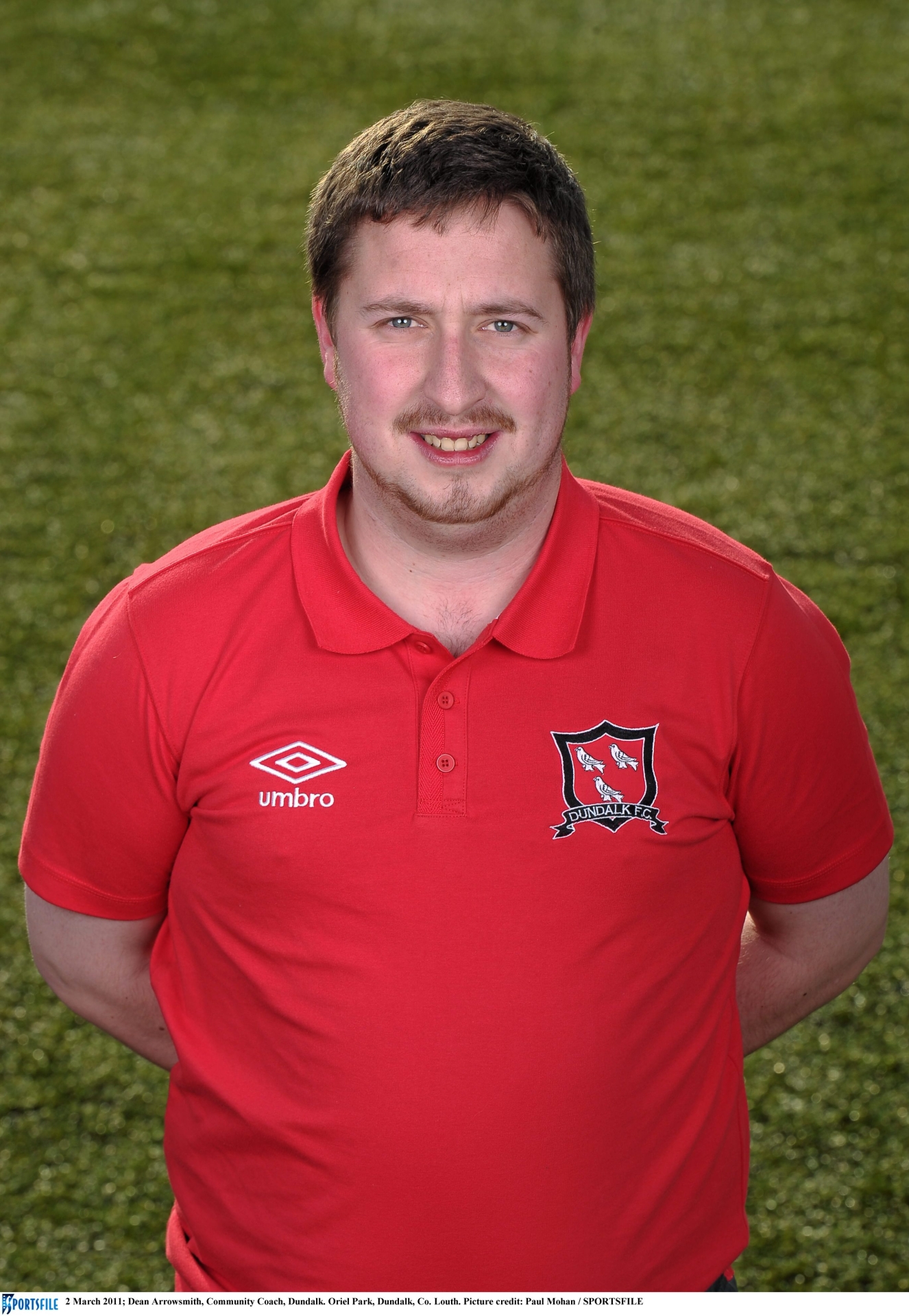 NEARLY THE GAFFER
Pingu was just 21 when appointed to look after the kit at Oriel Park.

“I went to help with the kit for a week and ended up staying for three years,” he jokes.

But it’s an experience which has stood him in good stead and he’s full of praise for Dundalk’s current operations manager, Martin Connolly, for the help and guidance he afforded him, along with Foster and Wayne Hatswell.

Hatswell, of course, was a player-coach, so Connolly often filled the teamsheet void of assistant manager. However, for the encounters which the Mill Road man was absent, a spot opened up. Arrowsmith, with some FAI coaching badges, was asked to step in for what he refers to as his “claim to fame”. Dundalk never lost while he was Foster’s No2.

“When we went out to Luxembourg (Grevenmacher, 2010 Europa League qualifier), Martin didn’t go and the only other person on the bench who had a coaching badge was me, so I was named assistant manager for a European qualifier.

“There were probably three games during that year where I was  Fozzy’s ‘right-hand man’.

“One was against UCD in the league up in Belfield. I can’t remember what happened, but Fozzy lost the head with the fourth official, who was telling him that if he said anything more he’d be gone.

“Johnny Breen and Mark Griffin, every time the official would make a bad decision, were telling me to tell Fozzy to say something... It could have been Roy of the Rovers stuff. At 21, the kitman would be manager for the second half of the game!”

On another occasion, during a home victory against Shamrock Rovers, in a game which entailed crowd trouble, Arrowsmith approached Foster entering the closing stages to request permission to skate down the Carrick Road to move his car before the ground spilt its capacity onto the streets. Needless to say, the Englishman wasn’t best pleased.

Chat over. A good laugh.

“If you’re stuck any other week for a few stories, I’ve got lots of them,” he adds.

The offer is likely to be taken up. No-one is safe.