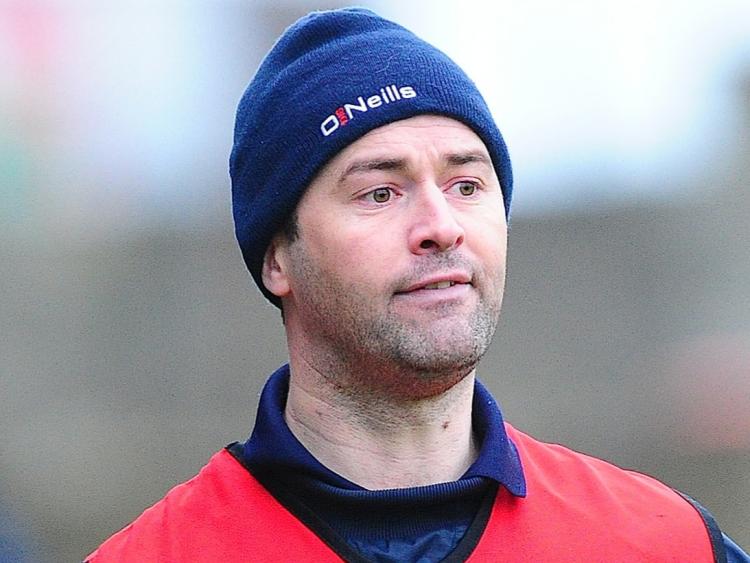 Brendan Nordon led Sean O'Mahony's to the 2014 intermediate championship and was a member of the management for the years since. (Pic: Arthur Kinahan)

FIRST MEMORY OF YOUR CLUB
My first memories involve getting changed in St. Brigid’s Community Centre and having to cross the road to get to the pitch. I also recall being in the stands in 1992 at the intermediate final when Willie Crawley coined the phrase “The Quay’s Alive”.

BIGGEST RIVALRY
There have been numerous rivalries over the years, the Pat’s recently, but the one that endures is the Gaels.

WHY?
Tradition, proximity and frequency of playing each other.

BEHIND THE SCENES HERO
The ultimate unsung hero was Liam Morrow, who sadly passed away in 2015. Currently I would have to say Anto Mackin and Eamon Doyle. While it is fair to say they both like a moan every now and then, without them the club would be a much poorer place. They are also great men for organising a celebration.

MOST MEMORABLE WIN
We have been lucky in recent times that we have had some big wins but it is hard to look beyond the senior final in 2016. To win your first senior title is momentous and something that will live long in the memory down the Point Road.

WE STOLE IT OFF xx IN xx
We stole it off Naomh Malachi in 2005. We played them in the Division Two final and we were two points down with time up having been completely outplayed. The last play was a high ball into the square which was duly fisted to the net by David Dowling. He still talks about it! We went up to Division One and have remained there since.

MY O’MAHONY’S XV OF ALL-TIME
In picking my dream teams, I have based both of them on the last 20 years (21st century teams).

BEST MEMORY OF SUPPORTING LOUTH
I really enjoyed the Kildare game in 2010, a glorious summer’s evening and a game to match, but my favourite memory was Tyrone in Navan in 2006. Tyrone, defending All- Ireland champions and we give them the fright of their lives. When we reflect, 2006-2010 was a very good era in Louth football.