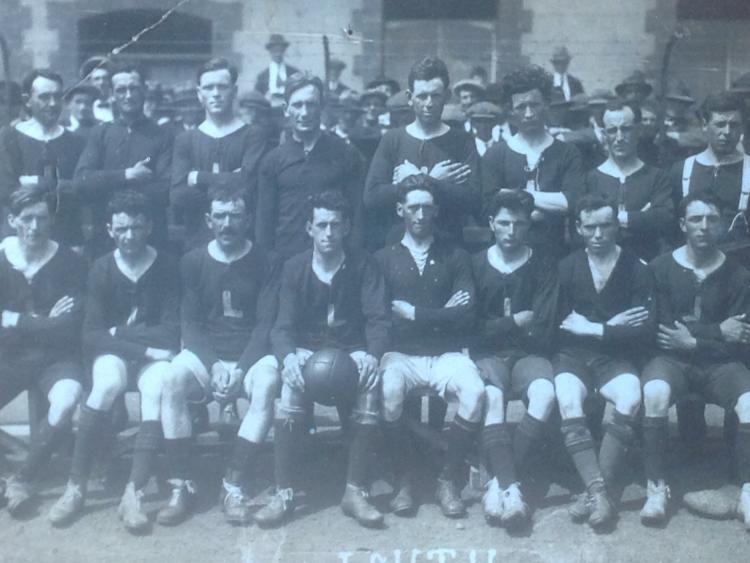 This Louth team belongs to another era, one that’s long lost. It was taken nearly a century ago, and is in the possession of Paul Lennon, who, prior to becoming the Daily Star newspaper’s soccer guru, spent many of his Sundays – and maybe Saturday evenings as well – covering Louth GAA affairs. We were often in company, watching leagues and championships unfold.

Paul’s great grand-uncle, Paddy Mohan, who won senior league and championship medals with Wolfe Tones and played for Louth from 1920 into the ’30s, may be in the photo – Paul’s not sure. Nor is he certain where or when the photo was taken.

It’s a longshot, he says, but he’s hoping some reader/s might be able to identify a relative. If there are, they can get in touch with the email address on the top of this page; any info will be passed on to Paul. Some players from that era are mentioned below, and they could be included in the line-up. All records from back then, line-ups, scores, etc, are available. 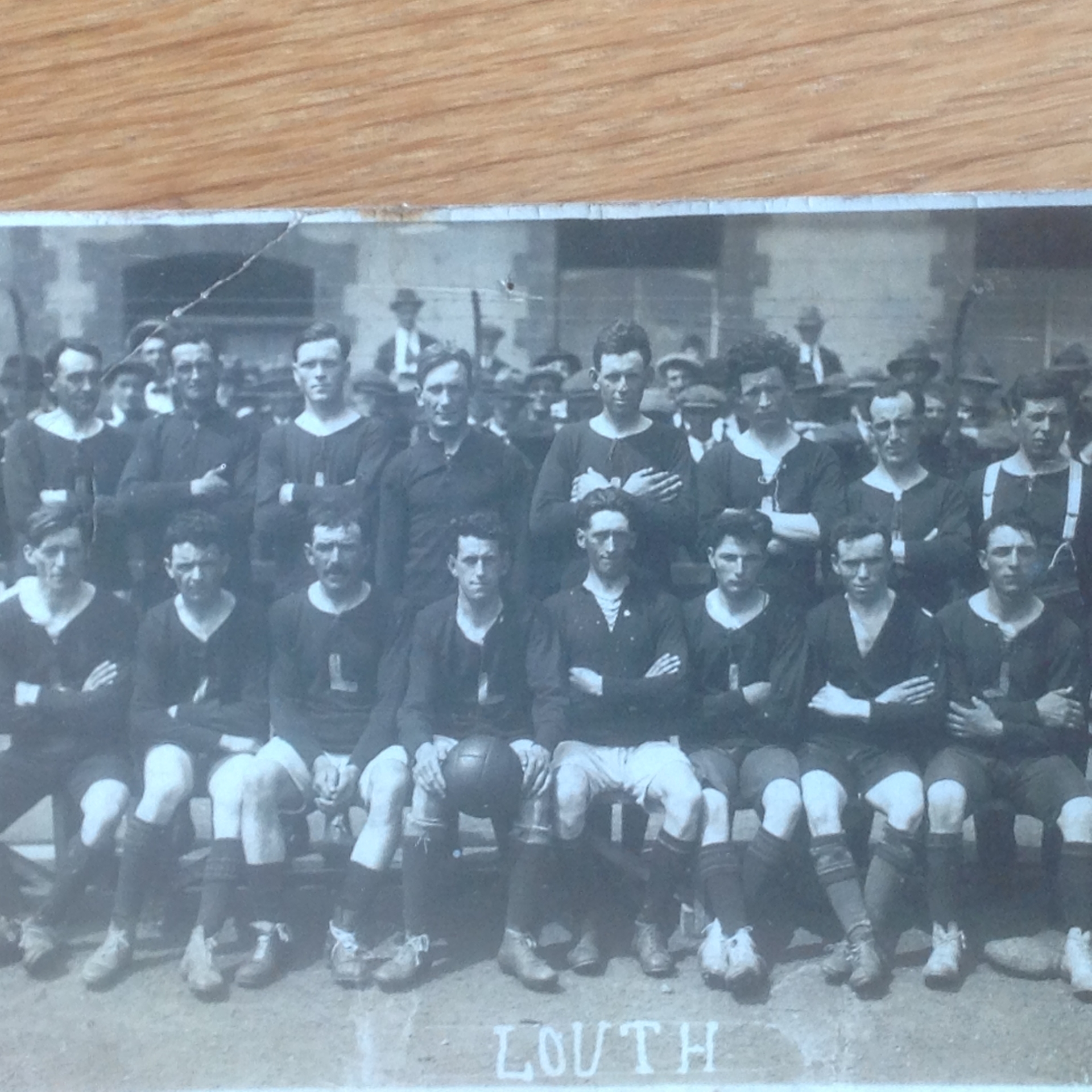 County team outings were few and far between in the early part of the 1920s. The National League was added to the calendar in 1925, but prior to that, if a team was beaten in the opening round of the championship that would be it for the season, save for maybe a challenge match or two.

Louth’s best performance of the decade was to reach the semi-final, which they did on two occasions. Some names from the 1924 team, beaten by Dublin: Seamus Flood, who, as his son, Seán Óg, would do 33 years later on one of the county’s greatest days, lined out in goals; Peter ‘Nobby’ Garland, a Clan na Gael colleague of Flood’s, was in the full-back line along with Paddy Mohan, and in the forward line were Tom Burke – who a few years later would referee an All-Ireland final – and Joe Leech, father of the four boys, Liam, Padge, Mickey and Joey, who featured in the 1965 Louth county final. Mickey and Joey lined out on the O’Rahilly’s team that beat Newtown Blues.

Later in the decade, the McKeown brothers, Mick and Nicky, and Willie Lawless – all of whom played with Leinster – wore the red jersey, and were joined by other stars of the day, Paddy ‘Up for your ball’ Hoey, Tom Maguire, Frank ‘Son’ Byrne, Clan na Gael’s Danny Hearty and the St. Bride’s pair, Joe and Peter Byrne.