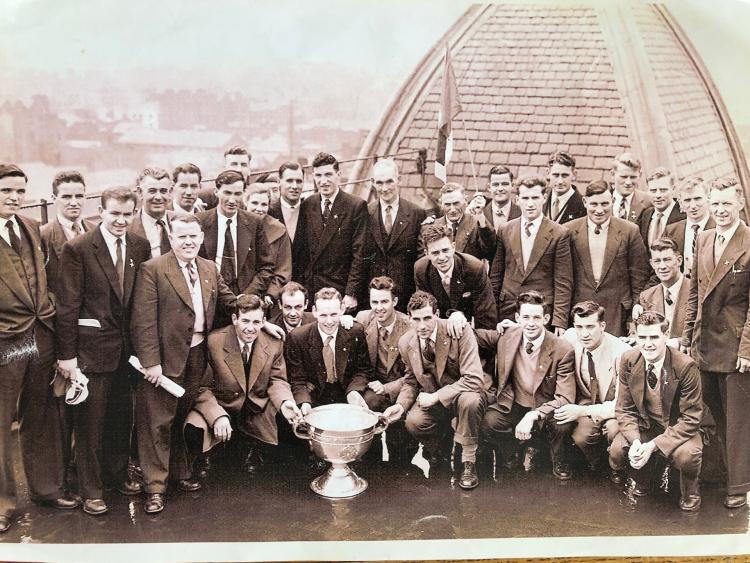 As was the tradition at the time, winning All-Ireland teams would visit the Irish Independent newspaper offices on the day after the final and sign – in Irish – a match day photo.

At first glance it might seem the group photo of Louth’s 1957 All-Ireland team was taken on the trip undertaken to New York the year after the triumph over Cork. But isn’t that Jim ‘Sogger’ Quigley on the extreme right? Of course.

Though he had played a huge part in the campaign, the team trainer and coach was inexplicably excluded from the touring party, the reason for which was never offered for public consumption. It was a County Board decision which, a team member told this writer a few years ago, should have been strenuously opposed, not least by the team. “We shouldn’t have got on the plane without him,” he said.

Not one to entertain resentment, Quigley – as fine a player ever to wear the red jersey, as evidenced by his selection at midfield on the county’s Team of the Millennium – took up duty along the line later in his career, figuring on a number of county team selection committees. 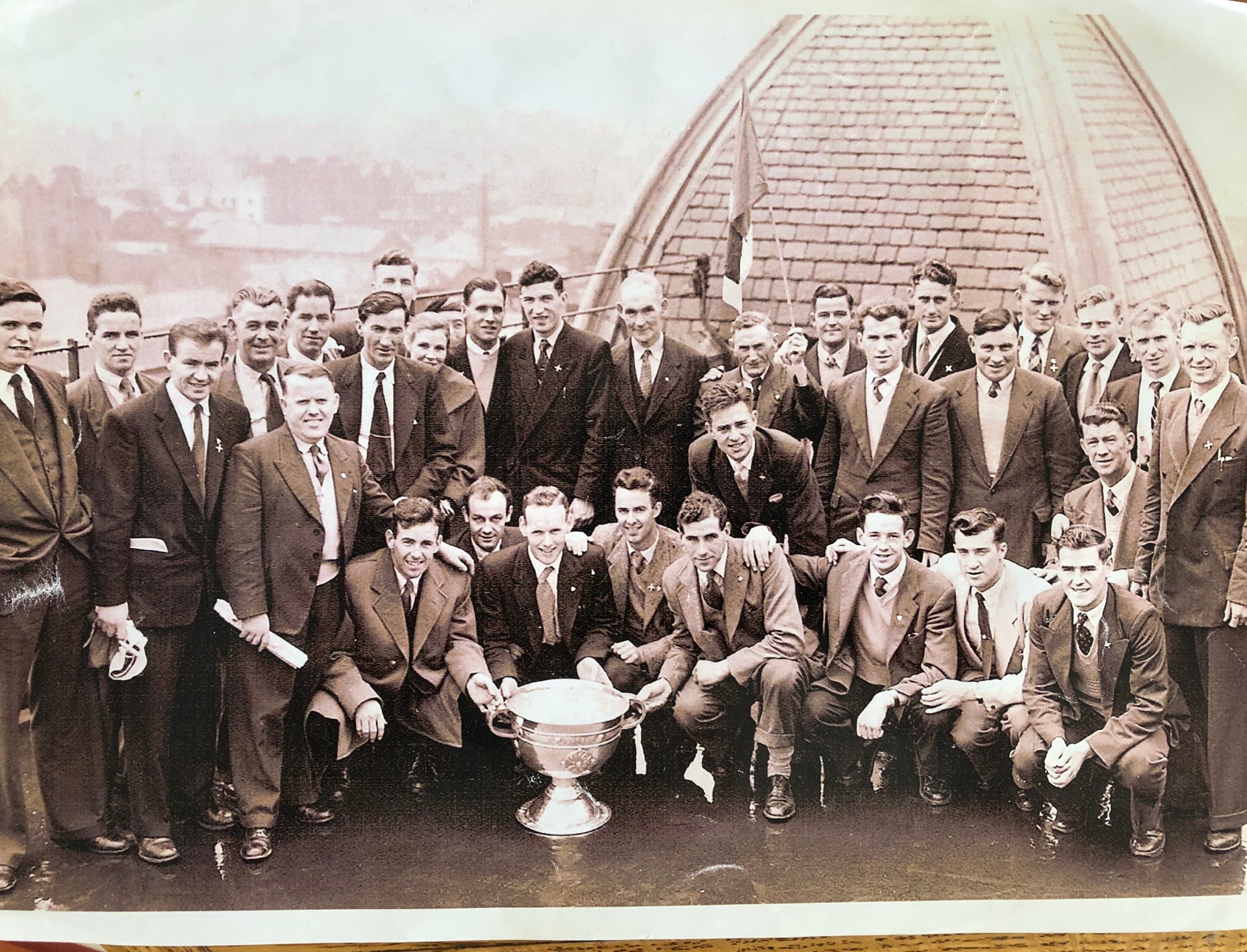 As was the tradition at the time, winning All-Ireland teams would visit the Irish Independent newspaper offices on the day after the final and sign – in Irish – a match day photo, which would appear in the Tuesday edition. This was the Louth side on their visit, posing on the roof of the ’paper’s Middle Abbey Street building.

Not all can be identified, and missing are two panel members, Seamus O’Donnell and Aidan Magennis.

Co Board chairman, JJ Matthews, is kneeling in front of Smith and Quigley, and bending forward in the middle is Seán Óg Flood (to whom best wishes are extended for a return to full health).