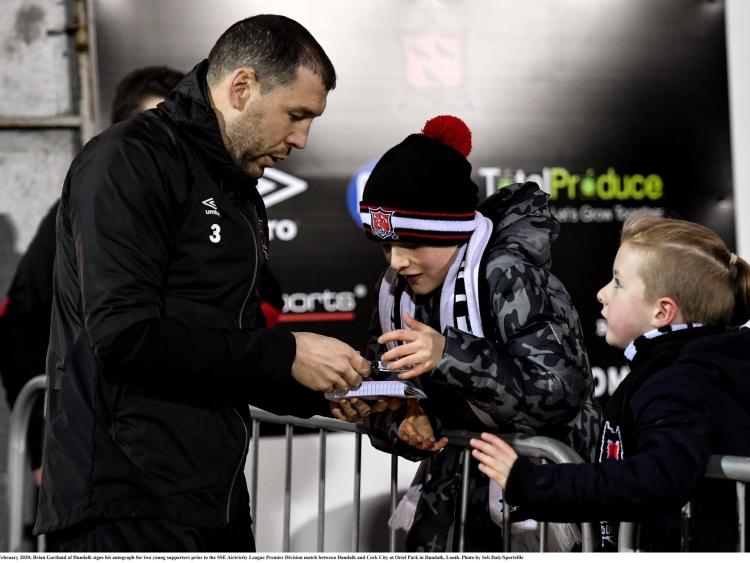 The awful cloud that hangs over Ireland and many other countries is something we continue to live with. Yes, the coronavirus has been with us since the end of February and our government - and those across the world - have acted, introducing strict precautions to try and restrict the damage it’s been causing.

These restrictions have led to a complete ban on most sports worldwide. League of Ireland soccer has, of course, been included in this ban. The last time Dundalk were able to kick a ball was that good win in Ballybofey in March.

But the situation has continued to deteriorate and the heartbreak the virus has wreaked on so many families, nationally and locally, is there for all to see. We all know the people who have lost at least one person; a person who has been so precious to all of us.

So, despite all of us being so disappointed at there being no football, it pales away to nothing when we see what has happened and will follow.

There will come a time when sport will resume, but it’s likely early fixtures may have to be played behind closed doors and even when supporters can return clubs will have to impose strict social distancing procedures in their grounds and will also have to have proper handwashing and toilet facilities. 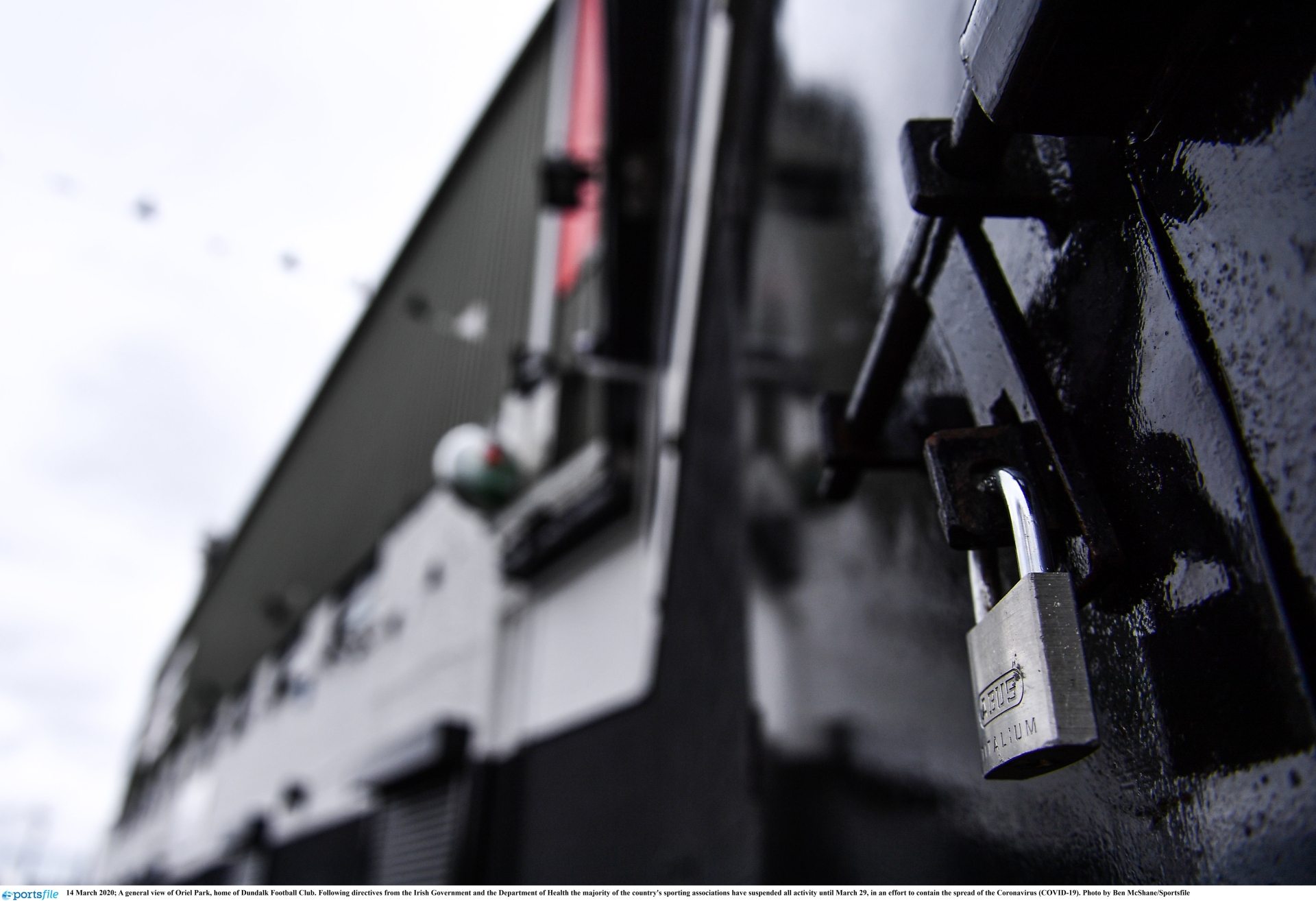 We are dealing with saving lives here. This virus will be with us for some time and we must accept that. Not until there is a vaccine found will we be able to eliminate its most deadliest of effects.

Shamrock Rovers players took a 25 percent wage cut in their salaries until they return. Other clubs have had to lay off players completely. Dundalk have been great in not introducing any wage cuts and not having to lay off any players or administrative staff. The club has to be highly commended for this.

But the abrupt ban on sport and the sudden grinding to a halt of all games in the league has to have put huge financial pressure on all clubs. Sadly, that will continue, and other problems loom for clubs with many players signed on just one-year contracts.

Dundalk have changed that to two in most cases in recent times. However, many, if not most, of the players’ contracts are up at the end of this season. That means in a few months’ time the players will be free agents. With us facing into what could be a very shortened season clubs would not have got the full two years from their players. Hopefully these same players will agree to stay, but one way or another it’s another issue the clubs face in the coming months, especially top sides like Shamrock Rovers and Dundalk. 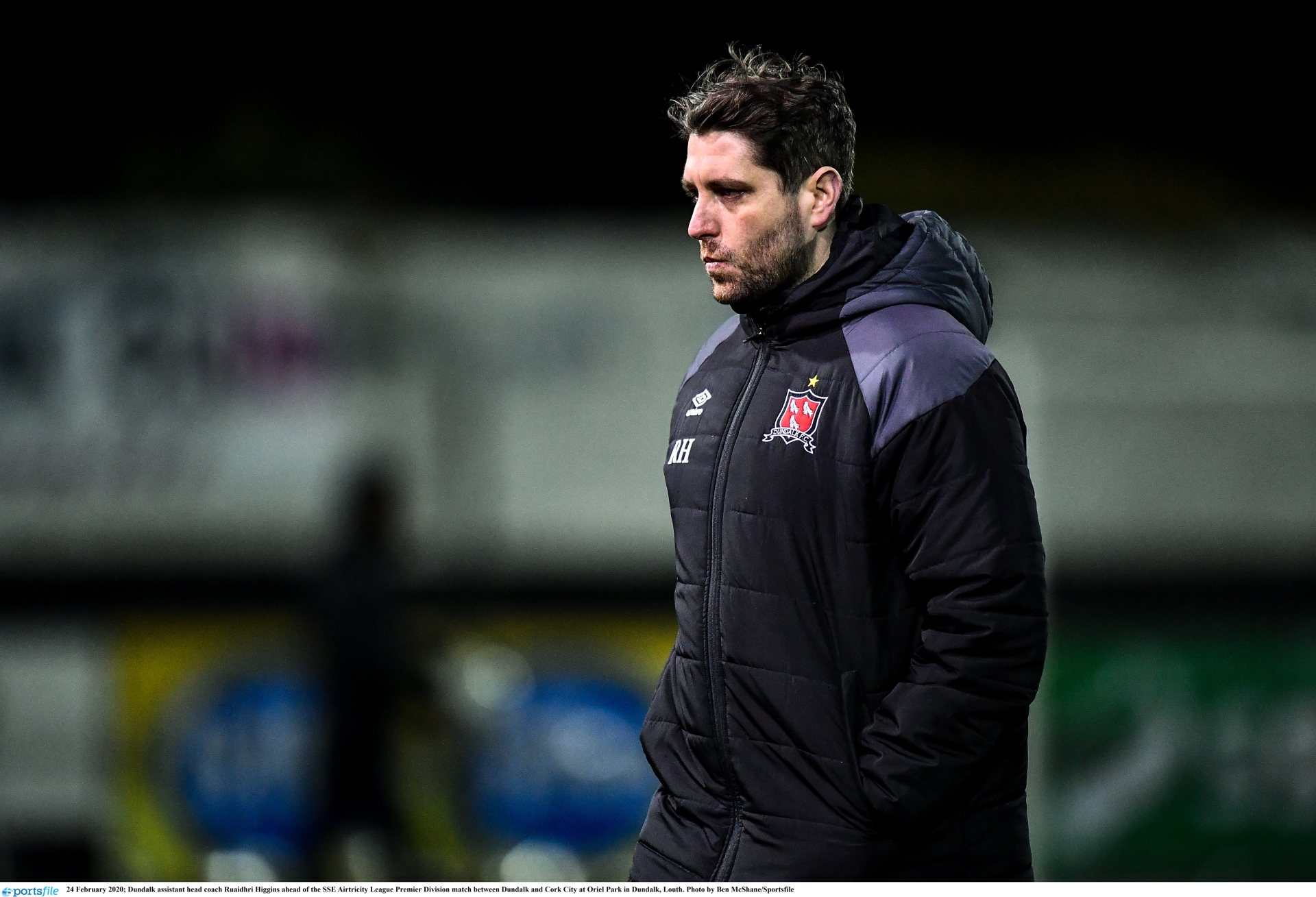 Ruaidhrí Higgins will be leaving the club to join Stephen Kenny’s Republic of Ireland backroom team. Higgins has been with the club both on and off the pitch for some time now. The past two seasons he has been enjoying his role as assistant manager. That, sadly, is no more. He has a great future in football. And joining the Republic’s set-up is a great boost for his future.

Ruaidhrí’s man-management of players, understanding of the game and his way of analysing other teams will be a great help to the new Irish manager; he will be a huge loss to Dundalk and Vinny Perth, but the Dundalk boss will be able to replace him, not easily, but with someone of his own choice.

To me there are good candidates within Dundalk who could replace Higgins. I would have no hesitation in appointing Brian Gartland, the club captain. I’ve spotted him on and off the pitch showing his leadership skills to both the young and older members of the team. He is a leader, he is inspirational and is a man who players will sit up and listen to when that is needed. Above all, too, Brian is a gentleman and has been a great servant to the club.

But, whoever Dundalk choose I wish them good luck.

Off the field I see Dundalk FC’s Tie Wrap Gang have been raising funds once more for organisations that do so much in the community. The ‘Tie Wraps’ are made up of Dundalk supporters who go to every game, home and away. I know many of them and they are a great group of people.

The CCBB is a volunteer motorcycle transportation service for the safe pick-up and delivery of urgently needed products.

This time they raised €505 for the Cu Chulainn Blood Bikes organisation. They are a volunteer motorcycle transportation service for the safe pick-up and delivery of much needed products.

I saw Stephen Kenny walking up my road in Blackrock during the past week with his family. Stephen had a broad smile on his face and looks to be a very happy man. It’s great for the new Irish boss to be living in Blackrock. He can get away quite easily from the pressures of the job - and from the media as well!

How lucky he is to have me as a next door neighbour.

Finally, and most importantly, can I just pass this message on again and again. I hope you and your family have a good week amid this terrible virus that is with us all. And, once again, please, heed the message. Stay safe out there. Talk to you all next week, God willing.