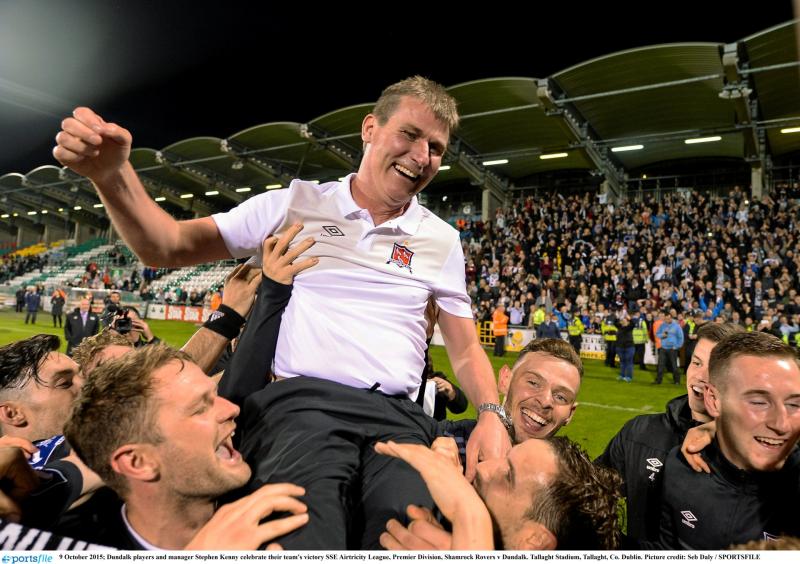 My sparring partner of a few years ago, Stephen Kenny, has, as is well known by now, been taken in from the wings to become manager of the Republic of Ireland soccer side. There’s no need any more for the ‘in-waiting’ prefix. The very best of luck to him.

In his time as boss at Oriel Park, Kenny supported Damien Duff – who he has included on his International sideline team – when the former Chelsea player likened the GAA hierarchy to ‘dinosaurs’ during the controversy over the Páirc Uí Chaoimh/Liam Miller testimonial. I felt he needed to be taken on, and was willing to go toe-to-toe for as long as he liked. Stephen didn’t come out for the second round.

A short time later the game went ahead, as nearly everyone wanted – me included – at the Cork GAA headquarters. I wasn’t a reader of the column Duff was writing at the time – he might still be writing it – and therefore don’t know if he gave the GAA any credit for its gesture.

Kenny becomes the fourth with Dundalk connections to hold the International post. Liam Tuohy was the first, taking over in 1971, the year after quitting as Dundalk manager. Then came Eoin Hand (1980-’85), who, I remember, was never given credit for what he achieved with the national team. The likeable Dub had spent a year playing at Oriel in the mid-1960s.

Steve Staunton was a surprise choice when he was appointed in 2006 – had it not been for the illness his sidekick, the vastly experienced Bobby Robson, suffered with the partnership barely settled in, he might have achieved more. His tenure lasted a little over a year.

Drogheda can also claim a link with Irish football’s top job. A former manager when League of Ireland football by the Boyneside was played at Lourdes Stadium, Mick Meagan was first to have sole control of the International side.

Prior to his appointment in 1969, team selection was in the hands of a five-man committee.