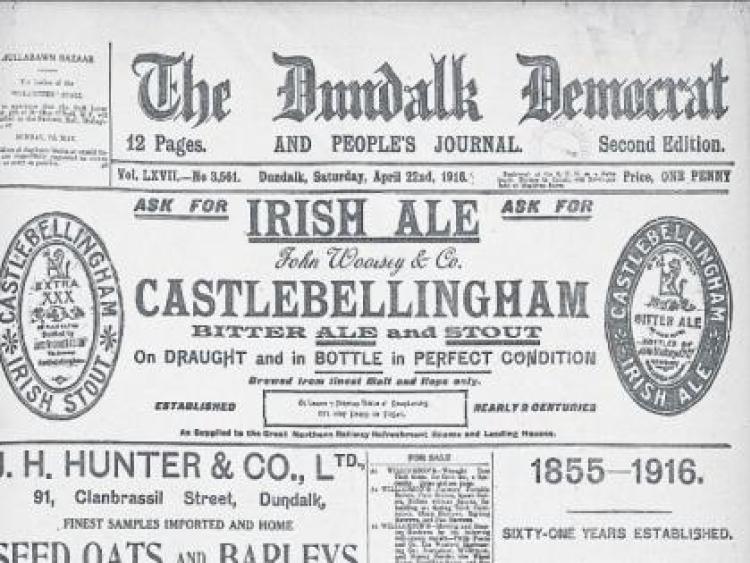 Never before did ‘locals’ – others as well as this with its 171-year history – need the public’s support.

There was no correct answer to this question I asked at a Dundalk Gaels quiz a few years ago: Complete the following line from a BBC radio programme, “And so we say a fond farewell until next week at...”

There was a lot of head-scratching and even someone who came up afterwards and told me I should get out more often. “The Grand Hotel” was the answer, and as I said, none of the teams got it right.

The programme, with music from the Palm Court Orchestra, went out every Sunday night and had a big following at 21, McDermott’s Terrace. I was among the listeners, but that was before The Magnet and The Adelphi picturehouses became the preferred choice for Sunday night entertainment.

Bidding a fond farewell to the Democrat was an option open to me a fortnight ago. It was one I seriously considered. There were to be cutbacks – non-staffers, and, indeed, many of those holding permanent positions, were to be let go.

I belong to the former category; but having been putting this page together since 2004, the year in which I handed in my Editor’s badge, I can rightfully claim to have a near non-stop 60-year association – 58 years, to be exact – with what was once the Old Lady of Earl Street but is now fighting its way out of  Williamsons Mall. Along the way there was a stop-off on Crowe Street.

The Demo’s to be kept going with a seriously-reduced workforce. I want to remain part of the team, chipping in in the hope that when the present dark clouds pass the sheet will still be appearing on the street and there’s a call to those who’ve lost their jobs to come back to work.

Never before did ‘locals’ – others as well as this with its 171-year history – need the public’s support.