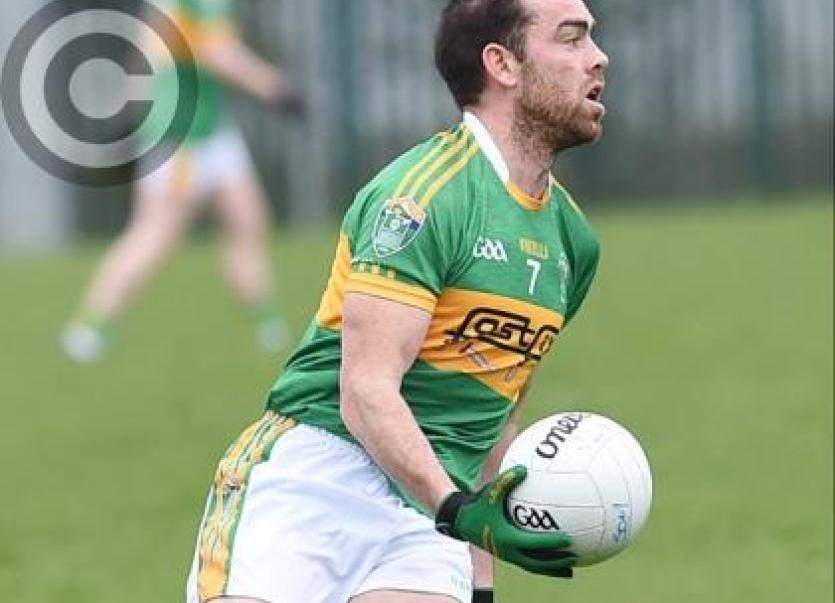 John O’Brien could have rushed back from his cruciate rupture in a bid to save Sean O’Mahony’s from senior championship relegation last year, but, instead, he paid heed to advice. (Pic: A Kinahan)

John O’Brien could have rushed back from his cruciate rupture in a bid to save Sean O’Mahony’s from senior championship relegation last year, but, instead, he paid heed to medical advice and is now hoping to propel the Point Road men back into the elite.

The former All Star nominee played his first game in 16 months against Roche Emmets during the recent Paddy Sheelan Cup and is continuing his rehabilitation for the right knee injury he sustained in a challenge match against Meath’s St. Colmcille’s ahead of O’Mahonys’ 2018 championship quarter-final clash with St. Patrick’s.

Louth’s 2010 Leinster final wing-back admits the incident which led to his demise was painful, though not as torturous as having to watch on as O’Mahony’s battled minus their main man last season.

“I probably could have rushed back last year, against the best advice, but I made the decision to write-off last year and make sure that I was getting back this year as fit as possible,” O’Brien told The Democrat.

“It was a very slow start after the operation; I’d a couple of set-backs. I was working with the physio, Paul Cheshire, and we just kept hitting brick walls for the first couple of months.

“We just got on with it, he assured me that that can happen, and it eventually just took off. It wasn’t easy, but that’s the way it was.

“It was fairly brutal. The fact that I’d made the decision that I wasn’t going to rush back, you start to second guess yourself: ‘Maybe I can play…’ You then needed someone on the other side saying ‘it’s not worth it, you have to think of the bigger picture’. 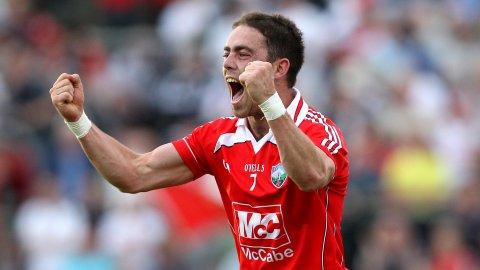 “The conscience was definitely pulling at me and we were unfortunate that it wasn’t just my injury. We’d a couple of injuries during the year and the season just went from bad to worse. We’re not pulling from a massive pool of players so when we do lose two or three players it’s felt.”

The injury was picked up innocuously, O’Brien’s trademark duck inside a tackle resulting in his knee buckling under his body’s weight.

“The knee just gave in, it was that simple, and I knew straight away by the sound that it wasn’t good,” he says.

His second half reintroduction against Roche came as a forward - a position in which he may feature more commonly over the campaign to come.

O’Brien said: “That’ll be down to Liam Byrne and David Crawley (O’Mahony’s managers). Last year, without me, I think we had the best defensive record in the league…

“We’re a wee bit stacked in defensive players at the minute. We’ve struggled up front and we have spoken about maybe playing a wee bit further up the pitch, but again, that’ll all depend on injuries, who’s available and who you’re playing against.”

Looking at the year ahead, O’Mahony’s look set to introduce a fresher look to what had been a notoriously settled team, with the aim of regaining their senior championship status. They’re not the competition favourites as things stand and O’Brien reckons that’s an accurate assumption as they bid to get back to basics.

“It’s six years now since we made the breakthrough in intermediate. The likes of Liam Dullaghan, myself and Ronan Byrne, we’d be hitting the 35(-year-old) mark now and nothing lasts forever, but one thing about that team when we did get on a run, we were virtually injury-free.

“It was the same team nearly day-in, day-out. But we’ve some very good young players coming through, the likes of Kian McEvoy, Thomas Rice and these lads; they’re showing great promise.

“The intermediate championship is ridiculously competitive. Any year we’ve done well we’ve started off well in the league and our league form has always been good. We probably got a wee bit ahead of ourselves when we were going well, taking our eye off the league and not taking it as seriously.

“But this year, I think, we’re going to go back to basics and try to win every game as such. Hopefully that’ll create the bit of momentum and positivity you need to go on a run in the championship.”