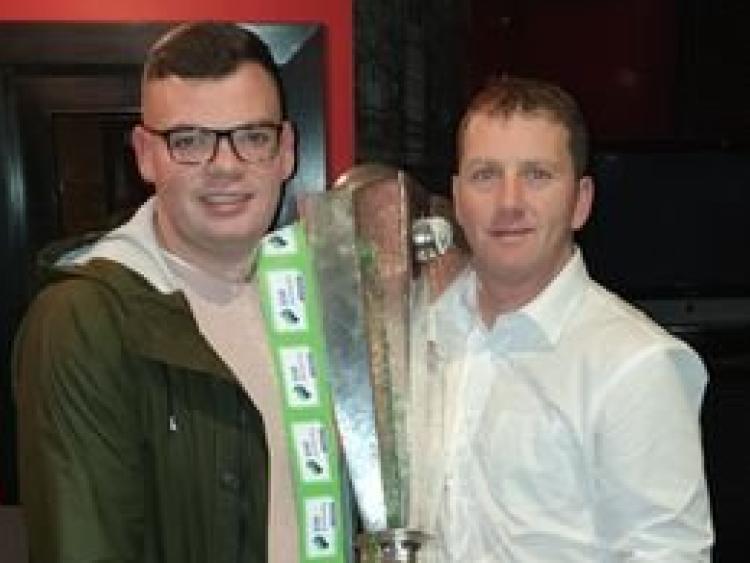 Dundalk FC is Jimmy Fisher’s religion. So much so that he has a clock with 7:45 tattooed on his left forearm.

“Everyone knows a quarter to eight is kick-off-time, my favourite time,” he tells The Democrat.

But his fanfare has a deeper meaning. The club - and what it stands for - has helped to change a life - his life - which was spiralling out of control less than two years ago.

His symptoms were serious and outside of watching The Lilywhites he had no release. Looking inwardly, the Cox’s Demesne native wasn’t content with what he saw, leading to a frail mental state.

“My head was all over the place,” he admits.

“We played Larnaca in 2018 and I was in Cyprus for the game with a few of my mates. The first night we went down for food, but I wasn’t eating and the second night one of my mates said ‘you’re not well’.

“I asked him why and he said I wasn’t myself. I passed no heed, went to the game and got home; that’s when I started getting down in myself, not feeling well and being generally depressed.

“I had constant panic attacks, I was breaking down and not sleeping properly. My head was just in a bad place, from that July until around December time, when I came out and got help. 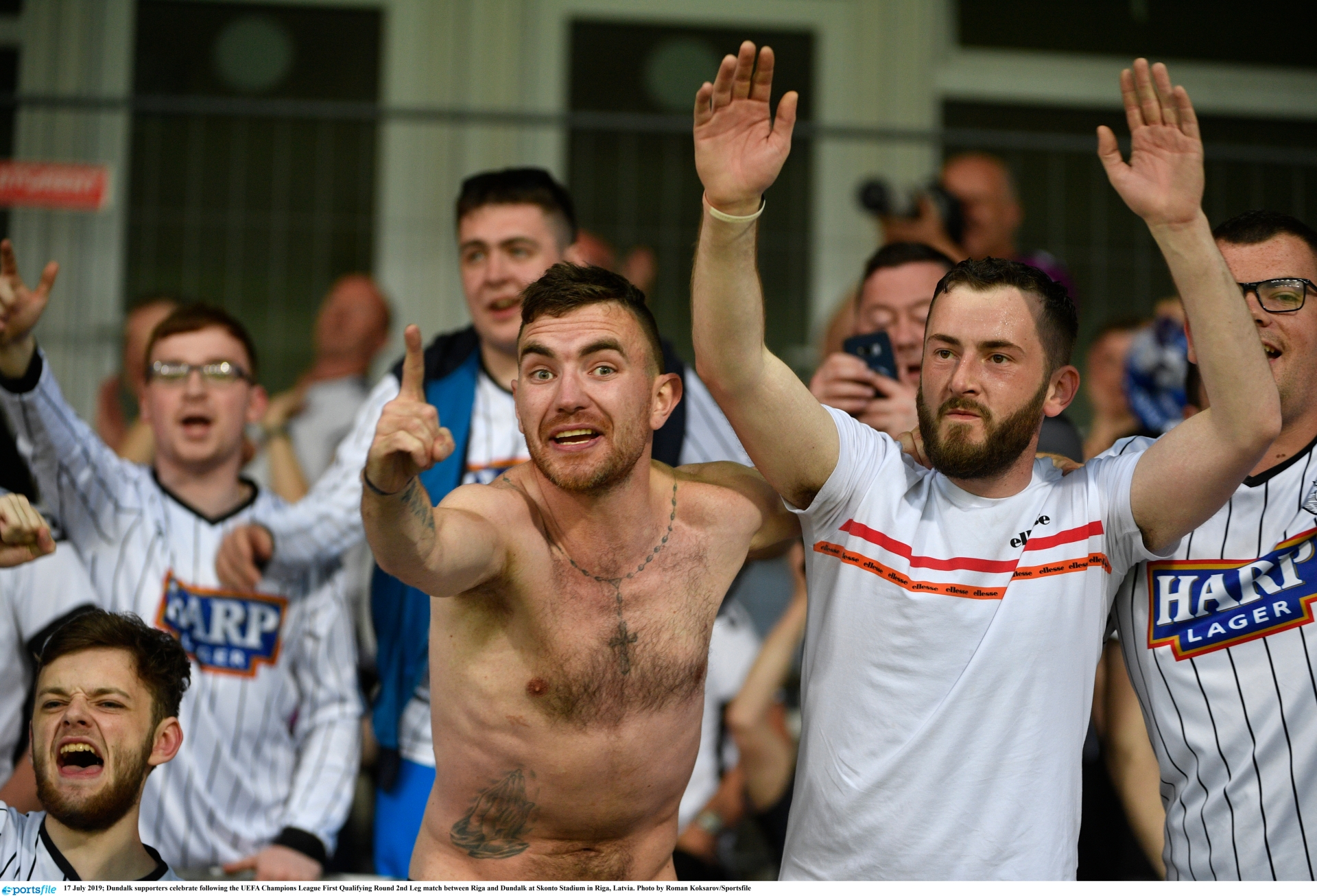 “Those few months were the hardest of my life, but Dundalk, the club, it’s a big help to everyone in this town. There’s nothing else in the place but bookies and pubs. People get sick of those, whereas everyone looks forward to that Friday night, going out with your mates. Even if it’s only for two hours, I didn’t care at that stage. When I was at Dundalk games I’d no problems.”

All the while he was working as a groundsman at Oriel Park, the role acting an outlet through his difficult period, and he remains part of the staff on the Carrick Road, doing everything he can to keep Vinny Perth and his players happy.

His turnaround has been spectacular. He’s off medication and hasn’t visited the doctor in some time, while he completed his first 5k race in Clogherhead last month. The next target is to amass 250km by mid-summer.

Eighteen months ago, as a 23-year-old, he was over 22 stone in weight. Since January he’s shed eight pounds with the 18 stone mark in sight. A further, considerable reduction is the aim by the end of 2020.

And he’s ever so grateful for those, including Dundalk’s hierarchy, who’ve supported him along the way.

“Martin Connolly (Dundalk’s Chief Operating Officer) was a great help to me,” Fisher says. “I’ve any amount of respect for him, because he couldn’t have done any more for me when I wasn’t well. And I’ve a small group of friends who knew my situation and have always been there for me.

“If I didn’t have Dundalk or my friends at the time I’d have been sitting at home, feeling sorry for myself. 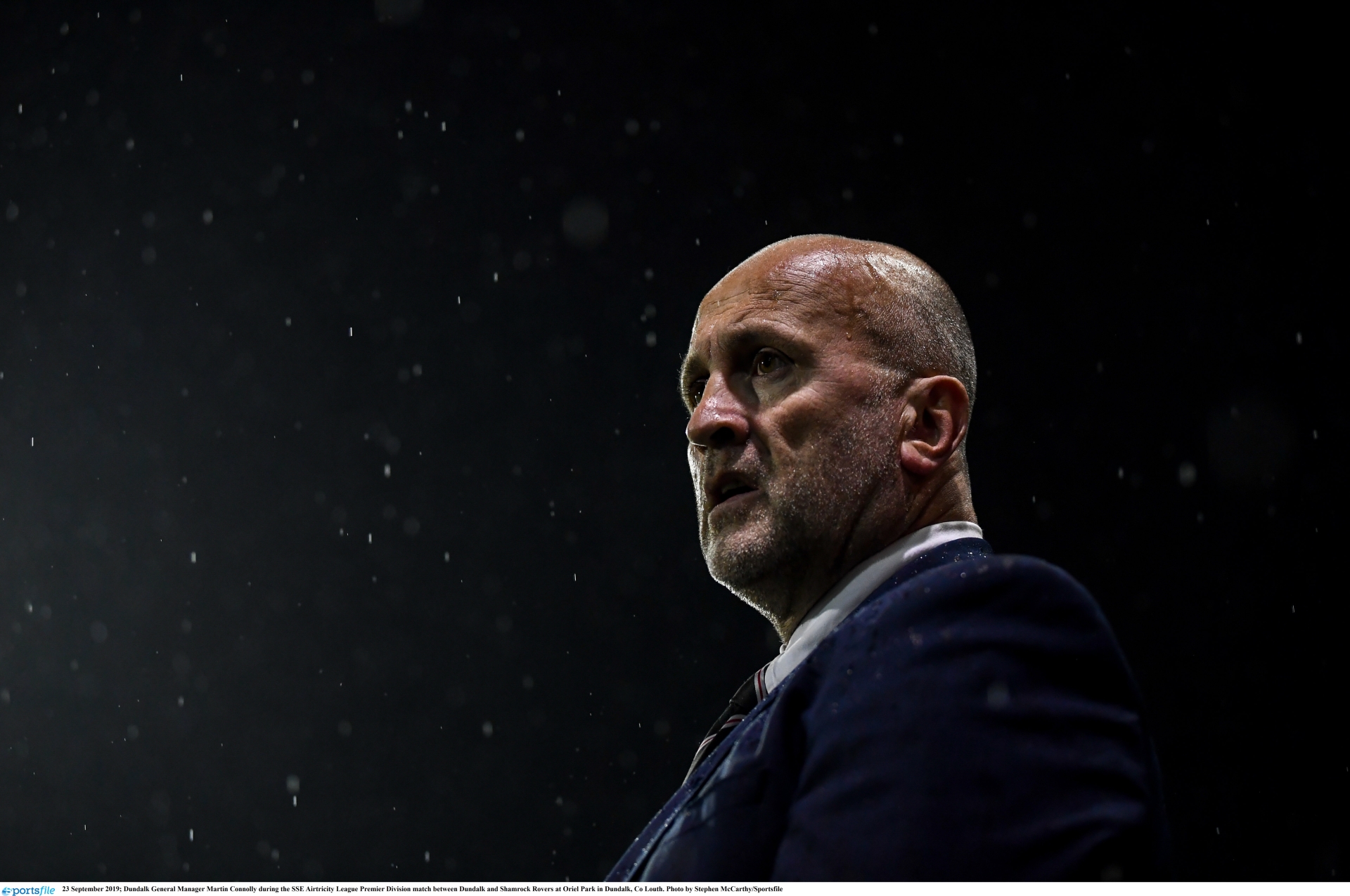 “I decided that I was too heavy and last year I went training hard for three months, and I started to post pictures over time on social media. I do it because it makes me feel happy, I’m not doing it for likes, I just want to show people that if I can do it anyone can do it. I’m happy in myself and how I’ve changed my life.”

Two years ago he’d never set foot in a nightclub through insecurity. Now they’re a permanent fixture in his Friday night routine. Working for the club he loves has played a key role too.

“I’ve been a big Dundalk fan all my life, but I never pictured myself up at Oriel on a daily basis where everybody knows your name and talks to you. I know it’s only small, but it makes me happy. It’s like a big United fan doing it at United.

“I was always welcome at the club, but last year was my second year and the players made me feel more welcome. Vinny and the players lift me a lot. And these boys, the players are heroes in Dundalk, every one of them. They make so many people happy.

“In 2018, I was on two European trips, but didn’t enjoy either of them. Last year I was in Riga - a trip no-one will forget, and Baku, and they were just great. Even last year when the team got the league trophy, I was in the tunnel when Chris Shields and Brian Gartland handed me the trophy and said for me to have a picture with it.

“I took it into the dressing room and I was like a baby I was that happy with all the team.”

Of course, there are moments where doubts creep in. But all he has to do is peep left for inspiration, to the tattoo designed in honour of his mental health battle and thoughts of a Friday night Shedside come gushing to mind. That’s Jimmy’s time