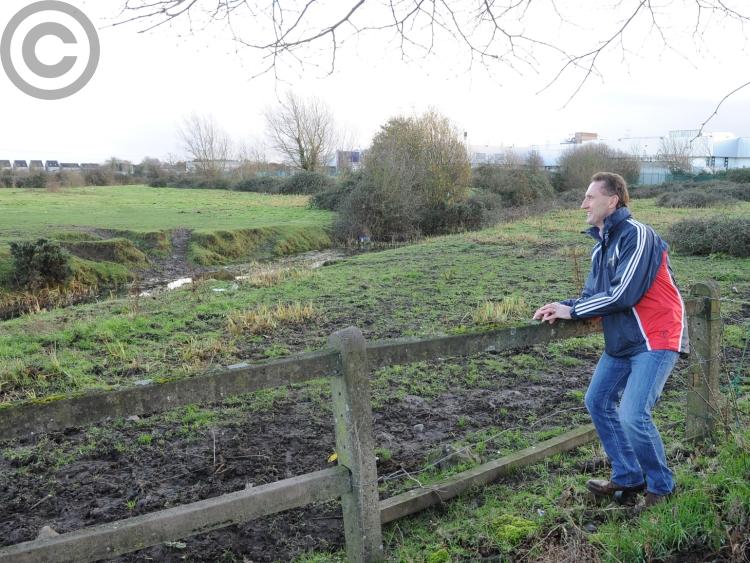 Louth County Board chairman Peter Fitzpatrick has confirmed ticket sales for the two house draw in aid of the stadium in Dundalk has been delayed until a later date. (Pic: Arthur Kinahan)

Louth GAA’s double house draw, in aid of the stadium development in Dundalk, has been suspended until an unconfirmed, later date following the Covid-19 outbreak.

County committee chairman Peter Fitzpatrick confirmed on Thursday that Louth GAA was putting “itself at the disposal and utility of the HSE in any possible manner”, with all meetings, matches and training gatherings postponed.

It also includes the temporary halting of the fundraising initiative which the house draw committee had hoped would reap in the region of €2 million for the Inner Relief Road grounds development.

A statement from the stadium delegation read: “In light of the uncertain and worrying times arising from the Covid-19 virus, the Wee County Double House Draw Committee have taken the decision to temporarily suspend the fundraising campaign with immediate effect. This decision has not been taken lightly.

“However, in line with social distancing guidelines from the HSE and advice from GAA headquarters in Croke Park, we are acutely mindful of the health and wellbeing of all our campaign sellers and supporters of the draw.

A chairde,
With regret we have had to make some tough decisions due to current climate but ultimately we feel the right ones.
We hope everyone understands that these decisions are not made lightly and peoples health and safety are everyone's top priority.
Find attached all info pic.twitter.com/h6J0ID3K02

“The new date for the draw will be announced as soon as possible. The March Madness campaign, which included a ‘€5000 Giveaway’ will be up for grabs when the draw is re-launched later in the year. All tickets bought up to this point will be valid when the March Madness campaign draw re-launches and the Wee County Double House Draw takes place where two lucky people will walk away with a house each.

“As a committee and a county, we fully support the HSE in their bid to deal with the Covid-19 virus pandemic - continuing with the draw at this juncture would impinge on the challenging times that lie ahead.

“We thank everyone who has bought and sold tickets for this fundraising draw towards the development of a new stadium for Louth GAA. We appreciate all your efforts but at this time we feel we must temporarily suspend the draw.

“Should you have any questions about the draw please don’t hesitate to contact us on: hello@pickahouse.ie.”

The draw was originally scheduled to take place on May 13.