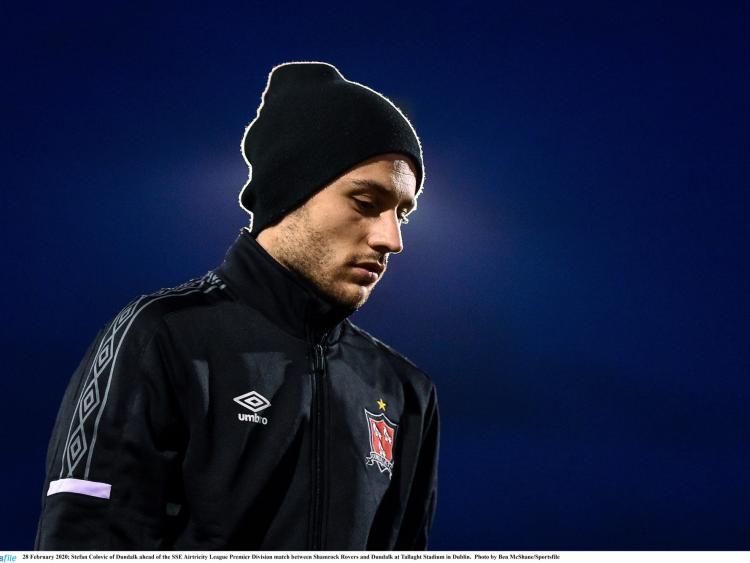 Stefan Colovic is eager to get going and the Serbian winger could make his home debut against St. Patrick’s Athletic on Friday night. (Pic: Sportsfile)

Stefan Colovic is eager to get going and the Serbian winger could make his home debut against St. Patrick’s Athletic on Friday night.

The 25-year-old, signed from Proleter Novi Sad in his native land, was on the bench for the recent defeat at Shamrock Rovers before making a substitute’s appearance against Finn Harps, having played in a behind-closed-doors friendly with Shelbourne in between.

A left-footer whose preference is to feature off the right wing, Dundalk manager Vinny Perth floated with the idea of throwing Colovic into the action at Tallaght last Friday week, following the successful completion of his work permit application.

“I can finally start to play now and try and help the team,” Colovic told the club's website.

“It’s a big challenge for me. When I heard about this offer for the first time, I had to think because Dundalk is very far from my home, but I want to play in Europe.

“Dundalk is a big club. Every year they are champions, but the most important reason for me was to play in the qualification games for the Europa League and Champions League and help Dundalk become champions of Ireland again.”

Colovic reckons the League of Ireland will be tougher for him physically, yet it’s not necessarily a concern.

“We like to play in Serbia,” he said. “In Ireland, it is a bit more physical and stronger, but I have no problem with that.”