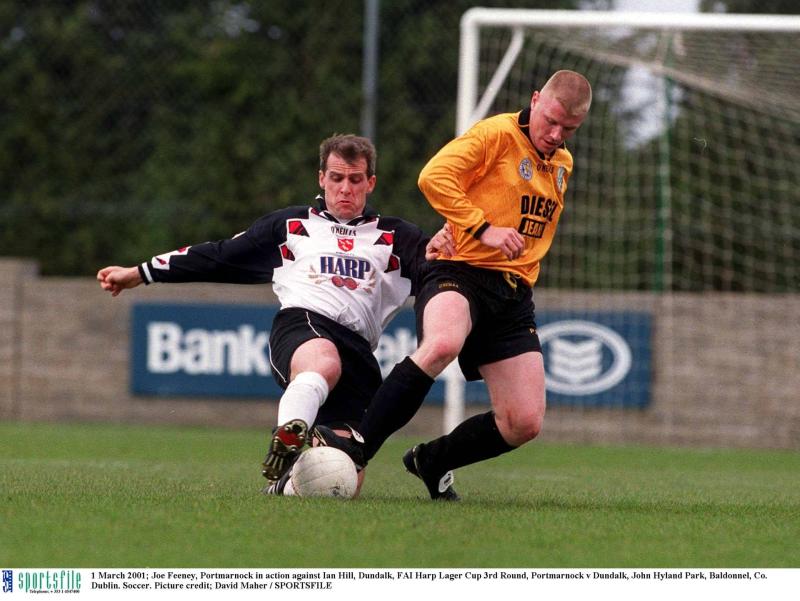 Another story on this page tells of an anniversary – the 60th, celebrating the first National League tie played at Dowdallshill’s St. Brigid’s Park. Come closer in time and you have another, this one not recalled with any affection.

As the dreaded coronavirus exercises minds throughout the world, thoughts turn to early March 2001, when, after its outbreak in Britain, the foot-and-mouth disease took hold on the Cooley Mountains, where sheep were found to have been infected.

What followed was a complete close-down of sportsfields throughout the county for nearly three months.

At the time of writing, there is one reported case of coronavirus in this country. Even before that, Ireland’s Six Nations clash with Italy, scheduled for The Aviva this weekend, became the first major sports casualty in this part of the world.

Next week’s Cheltenham and the Aintree Grand National meeting at the beginning of April going ahead could depend how Britain fares in the face of the worsening crisis. Looking further ahead, the Olympic Games, timed for Tokyo in August, has a question mark over it.

The break in activity 19 years ago wasn’t good for either the Louth senior footballers or Dundalk League of Ireland side.

Despite having beaten Kerry away from home in the opening round of the league’s Division One the previous October, Paddy Clarke’s side were on only three points from five games when they were forced to pack it in. Then when activity resumed with a first round championship game with Longford at Navan, the lack of preparation – no training was allowed during the off period – put the team at a huge disadvantage and they were beaten by 1-12 to 1-11, one JP Rooney scoring 1-2, just as he had in the October defeat of Kerry.

Meanwhile, Dundalk were having difficulty with their away FAI Cup first round match with non-leaguers, Portmarnock. It was scheduled for Clonshaugh Complex on February 3, but was called off due to the pitch being unplayable. St. Francis’ Baldonnel grounds was named for the following Wednesday, but Portmarnock didn’t turn up, claiming they had insufficient time to organise stewarding.

The FAI bowed, arranging the game for Tolka Park on February 27. No go here, either; Dublin was covered in snow. And so to Oriel for the following Sunday – or so the authorities had hoped. The Minister for Agriculture, Joe Walsh, intervened in midweek: because of the foot-and-mouth, Louth is to be closed down to all sporting fixtures and lots of other activity as well.

It was April 1, maybe appropriately, when the game eventually took place. Dundalk must have wished it hadn’t. With plenty of people around in yellow bibs this time and planes hovering overhead, the Baldonnel tie resulted in a Portmarnock 1-0 win. As with Louth, Dundalk couldn’t have collective training while the ban was in force.

But there was better to come at Oriel. Dundalk went on to win the First Division, and when next in Cup action reigned supreme, the David Crawley-captained, Gary Haylock-inspired side beating a Stephen Kenny-coached Bohemians 2-1 in the final, Haylock claiming both scores.