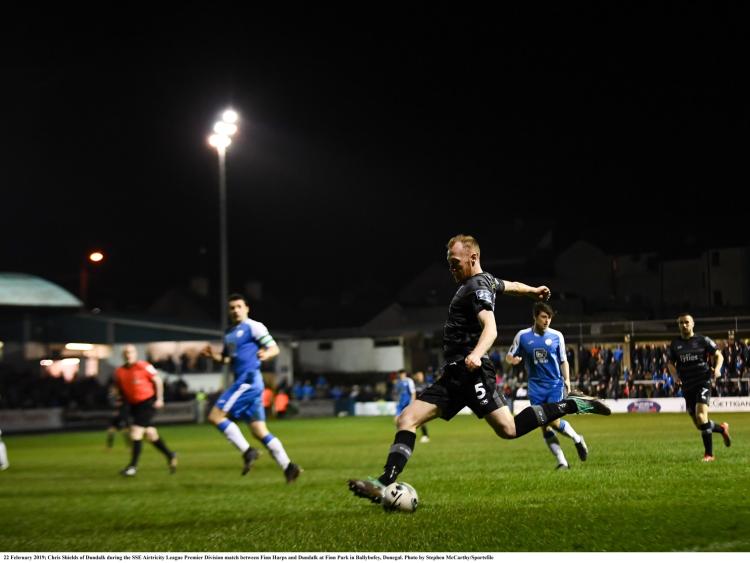 From the plush surroundings of Tallaght Stadium to the claustrophobic enclosure known as Finn Park, a week is a long time in football.

Dundalk FC head to the north-west on Friday night for the first time this season in the knowledge that the experience will be anything but pleasant. The variables could sway from a deluge of rain to the grass growing up around the players’ ankles, but what is absolutely certain is that  Ollie Horgan’s men will give every ounce and their organisation will be rigorously rehearsed.

Somewhat under the radar, the charismatic Galwegian has managed to assemble a squad good enough to survive in the Premier Division, it seems, attracting a goalscorer and a player conducive to a counter-attacking style in Karl O’Sullivan, while recruiting quality midfielders, both Ryan Connolly and Barry McNamee having lined out for title contenders in the not too distant past.

Meanwhile, he has towering central defenders which allowed their 3-5-2 formation to work very effectively in week two’s draw with Derry City at The Brandywell. On-loan Kosovar Sadiki and Shane McEleney, older brother of Dundalk star Patrick, were excellent in that game.

Cork City got it tight against Harps last Friday night and the Ballybofey outfit sit with four points after three games, following their postponement against Shelbourne, underlining their strong start.

Around this time last year The Lilywhites went to Finn Park on a dour night and were held to a 1-1 draw. They were the better team, but could easily have lost the game considering they fell behind. So the potential difficulty of the upcoming test is well sign-posted, more so when you factor in the signings Harps have made.

Dundalk will have to be at their creative best to plough a gap or exploit the minimal spaces the hosts will allow, while also retaining defensive concentration through which they can prevent Harps landing a sucker punch on the break.

It’s a game where Chris Shields and Greg Sloggett could be tailor-made to turnover and ruffle Harps, while Michael Duffy, Cammy Smith and whoever mans the third berth behind Patrick Hoban will need to retain composure - as they always do - and persevere with developing frustration in the opposition a trait of Harps under Horgan.

The outing also marks the beginning of a rather sticky spell for the home team, who play Shamrock Rovers, St. Patrick’s Athletic and Bohemians in succession over the weeks to come. Perhaps they’ll see Dundalk at home as a viable way to prepare themselves for those tussles where points are unlikely to be in lush supply.

Ultimately, The Lilywhites are too good for Harps, but if the elements fall as Horgan will wish and his men hold firm, it may take a stroke of fortune to break through.

Dundalk won’t lose, but will they win? You could think of simpler tasks.