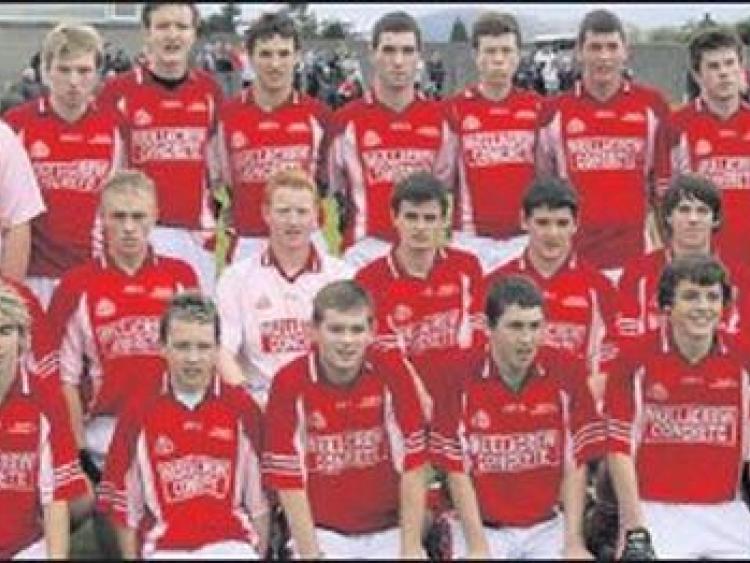 There was plenty of fun poked at a minor team jointly fielded by O’Connell’s, Stabannon Parnells and St. Joseph’s in 2012, when they were beaten championship finalists.

There was plenty of fun poked at a minor team jointly fielded by O’Connell’s, Stabannon Parnells and St. Joseph’s in 2012, when they were beaten championship finalists. Oliver Plunkett’s were celebrated as having overcome ‘The United Nations’ in the decider.

Joe’s had won back-to-back U18 titles between 2009 and ’10 and so the combination’s credibility was rightly ridiculed. It was pathetic, especially on foot of the strength of the players coming from O’Connell’s and Stabannon.

But instead of that side being the trigger for a movement away from laziness in terms of clubs getting their domestic houses in order at underage level, putting in the footwork and knocking on doors to get youngsters out, the problem has just manifested itself to a much greater degree.

But Dowdallshill/Sean O’Mahony’s/Na Piarsaigh, as Mickey Heeney quite rightly pointed out in The Democrat’s recent series with him, is shocking. “It’s a total scandal and those who are responsible should be taken out and flogged,” he said.

Well Mickey, I’ve got news for you, the combination has now been expanded. For this year, at U14 level, Dowdallshill/O’Mahony’s/Na Piarsaigh will be supplemented by Dundalk Young Irelands. From Blackrock along the Rock Road, down the Red Barns Road, the Point Road, out to the Racecourse Road, by the Ballymac, in the Newry Road (after pulling in for petrol), down Church Street, St. Mary’s Road and Castle Road, through Seatown and past the Redemptorist, the Inner Relief Road and Muirhevna Mor...

Thousands of tenants and yet one, ONE U14 football team. There are enough players in that area to field an eight-team division, you can be guaranteed. Four players from each of the competing clubs, that’s all they need. Four 14-year-olds. What are they going to do by the time they reach minor, given the inevitable attrition rate? Call in Dundalk Gaels and Clan na Gael to help them out?

Here’s another one. At U16, Young Irelands are with St. Bride’s and St. Mochta’s, who are with their Knockbridge colleagues at U12 (where the playing numbers are 11/13-a-side) and St. Joseph’s at minor. Get into the car again and spread the cloak like St. Brigid.

And yet we wonder why Louth football is in the state it's in with delegates from the mentioned clubs among the most vocal about what’s happening - or not - up the levels. A tree doesn’t grow its way down.

The argument that ‘we don’t have the players’ is ludicrous and disingenuous. In the last 10 years, two new secondary schools have been built in Dundalk. They’re not there for show or to give builders a chance to catch up on the work they missed during the recession, rather because the population has increased and supply must meet the demand.

There is then a story doing the rounds about a club with 22 players at one age trying to avoid having to go into Division One. Sorry, could you say that again?

And this isn’t a problem anywhere but the northern half of the county. Drogheda is fine. Plunkett’s, Newtown Blues and O’Raghallaigh’s have won top-tier titles at underage level multiple times over the last decade and remain capable of fielding on their own. Wolfe Tones and St. Nicholas are merged at certain ages, but, particularly in the case of the former, the signs of a bright future are there.

Take into account that part of Drogheda was siphoned off to Meath several years back and the outfits’ ability to remain standing on their own feet is commendable.

Clubs’ unwillingness to bargain with reason has Louth GAA in the place it’s in. How is it that from the Dublin Road, through Dromiskin and Darver, along Haggardstown, Knockbridge, Ballybailie, Tallanstown and Reaghstown, that there can only be one minor team fielded. Mochta’s and Joe’s, after all, are both senior championship outfits and look set to be for some time to come. Dundalk Gaels and Clan na Gael together at U16 last year… alarm bells ought to be pounding.

And yet many delegates would rather complain about the state of pitches and doing away with ‘winter league’ competitions, which are designed to get more football played, to keep adult players playing. Why don’t we just throw-in the ball in May and have it over with by September? Plenty of time then to form amalgamations when the numbers dwindle further.

There’s not a fixture planner on the planet who could accommodate the pleas some clubs are making. In January they wanted more matches, but by February there are too many.

Roche Emmets’ Brendan McArdle heralded combinations as one of the biggest factors in Louth’s ever-steeping decline and he’s correct. Minor Board chairman Kevin Gordon said that he was concerned at the number of so-called amalgamations.

Furthermore, it’s believed as late as the night of the March County Board meeting, there were clubs requesting to conform at underage level. Remember, this gathering was only six days in advance of the first scheduled minor league matches taking place.

Until amalgamations, combinations and United Nations are tackled and lazy, selfish politics are ruthlessly dealt with, Louth football is going to continue to wallow in self-pity and veer towards oblivion. And Dundalk will eventually morph into Portlaoise, with one team. Thousands of players for 15 positions.

Where’s Mickey and his whip?